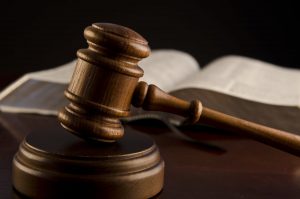 In November, Danville Christian Academy in Boyle County, the religious law group First Liberty Institute of Texas and Attorney General Daniel Cameron filed a suit asking for a statewide temporary restraining order for the ban on in-person classes. Over 1,500 Kentucky parents and 20 religious schools  filed briefs supporting the lawsuit, according to a press release, while the American Medical Association and the Louisville Metro Department of Public Health and Wellness filed briefs in support of the governor.

On Nov. 18, the governor had ordered the closing of all schools regardless of religious affiliation through the end of the semester. The only exception was for elementary schools in counties outside the red zone.

Arguing that the governor’s order violated the First Amendment, the plaintiffs sued. The order was struck down by a U.S. District Court judge but overturned on appeal.

On Dec. 2, the attorney general filed an emergency application with the Supreme Court. On Thursday, Dec. 17, the Supreme Court denied the plaintiffs’ request, saying the executive order was temporary and would be expiring effectively at the end of the week.

To read the complete story, pick up this week’s edition of the Harrodsburg Herald or read online at www.harrodsburgherald.com.