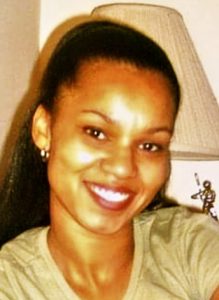 She was born in Harrodsburg, on May 22, 1973, to Ralph McKitric Jr. and Martina Gayle McKitric.

Montia was a woman of many skills. She studied for her RN at Midway University, obtained her cosmetology license from Durham’s Beauty School and most recently was a house assistant at Isaiah House Treatment Center. She was an inspiration! Not only to the girls she worked with, but to those at the cancer center as well.

Montia was a two-time breast cancer survivor and rang her final chemo bell Thursday, Dec. 3, 2020, just five days before her passing. Montia has fought many battles during her lifetime. One of the greatest being the loss of her late husband, Jason Vanover. Montia is preceded in death by her paternal grandparents Georgie (Ralph Sr.) McKitric and maternal grandfather, Plympton Walker.

Services were held on Wednesday, Dec. 16, 2020, and officiated by Uncle Rodney Bishop Douglas.

Please sign the online guestbook or send a Hug from Home at www.stithcares.com.