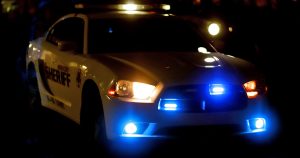 An Owensboro man was shot after illegally entering a private residence on Bardstown Road this weekend.

At 5 a.m. on Saturday, Dec. 12, Jaxon T. Simpson, 19, of Owensboro, was shot in his right leg during a confrontation with a resident.

According to the uniform citation, the resident stated he was “in fear for his life” of Simpson, who was acting in an aggressive manner.

Simpson was one of four people—two men and two women—at the apartment. According to the uniform citation, the suspect admitted to taking acid earlier in the evening. Simpson had been asked to leave because of his behavior, but returned, entering through the back door and confronting the host and his girlfriend. The suspect had been armed with an axe earlier, according to the citation.