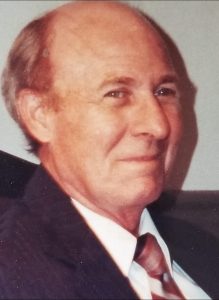 He was a retired command sergeant major in the US Army, serving in both the Korean and Vietnam Wars. In his 27 1/2 years of service to his country, including 7 1/2 years in the Navy, he received numerous awards and decorations, including the Bronze Star in Vietnam.

He received his bachelor’s degree in business from Campbell University in North Carolina. He held a master’s degree in teaching and education administration from the University of Arizona. Following his military retirement, he taught locally at the high school and college level.

Upon retiring from the United States Postal Service, he took up writing, publishing two novels.

For many years he was a contributing writer for the Harrodsburg Herald’s Mercer Magazine, writing fiction and nonfiction short stories and articles on military history.

He was an active member of the West End Church of Christ in Danville, where he was a teacher, deacon and elder. In addition to his work in his beloved congregation, he conducted church services at the Charleston Healthcare Center in Danville and participated in the prison ministry at the Northpoint Training Center.

He was preceded in death by four sisters and two brothers.

A military graveside service will be held at 2 p.m., Friday, Dec. 18, at the Ebenezer Church of Christ Cemetery, with Rob Kernodle officiating.