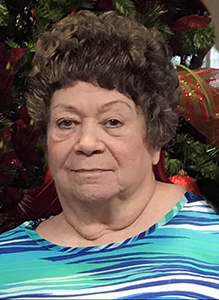 Born on July 6, 1944, in  Lawrenceville, Illinois, she was the daughter of the late Sterling and Fern Pinkstaff.

A private memorial service was held. Burial was in the A.R. Dyche Cemetery in London.