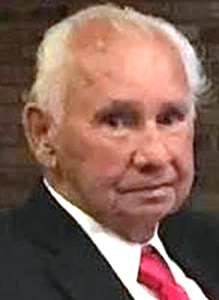 He was born June 6, 1937, in Harrodsburg, to the late Henry Kyle and the late Hazel Lee (Wilham) Bailey.

He served in the United States Army, was a faithful member of Grace Baptist Church of Danville and was a hardworking, successful, lifelong farmer.

He was preceded in death by one daughter, Kim Bailey, and one sister, Andrea Best.