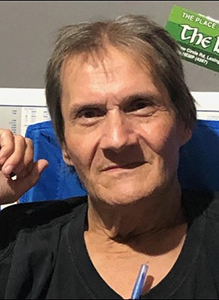 Born Oct. 24, 1956, in Danville, he was the son of the late James Lewis and Onita Murray Anderson.

He was an accomplished musician, former drummer for Josh Logan and had performed with the band who backed up Grand Ole Opry star Earl Thomas Conley and several other acts and was a Methodist.