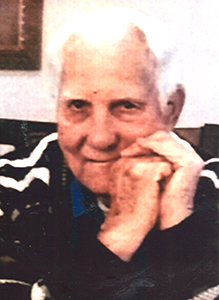 Born Jan. 12, 1930, in Gulston, (also known as Pansy) in Harlan County, he was the son of the late Robert and Neva Ayers Nicely.  Elzie gained a mother when his father married Mary “Maw” Brittain Nicely, who also preceded him in death.

He was a U.S. Air Force veteran of World War II and was a U.A.W. member, having retired from Ford Motor Company as a torque inspector. He was a Kentucky Colonel, a member of Shawnee Run Baptist Church and also participated in services with Red House Baptist Church in Richmond.  He enjoyed his Bible, listening to gospel music, woodworking, and leading devotionals for his fellow residents at Morning Pointe of Richmond.

Survivors include: one son, Daniel (Joan) Nicely of Louisville; his daughter, Pamala (Doug) McIntosh of Richmond; one granddaughter, Michelle McIntosh of Harrison, Ohio; siblings he gained when his father remarried, the late C.B. Brittain, Wanda Powell and Jewel Rouse, both of Harlan; his late son, Quinnen Bellou; his late brother, Billy Nicely; a host of nieces and nephews; and special friends Sharon (Travis) Rose of Richmond.

A private graveside service with military honors will be held at McHargue Cemetery in Lily, with Bro. Joseph Stanley officiating.

Alexander & Royalty Funeral Home in Harrodsburg is in charge of arrangements.

Elzie’s family would like to thank the Staff at Morning Pointe of Richmond for their continued care, Baptist Health of Richmond, Fountain Circle of Winchester, Clark Regional Medical Center and Hospice East for Elzie’s loving care during his recent battle with COVID-19.