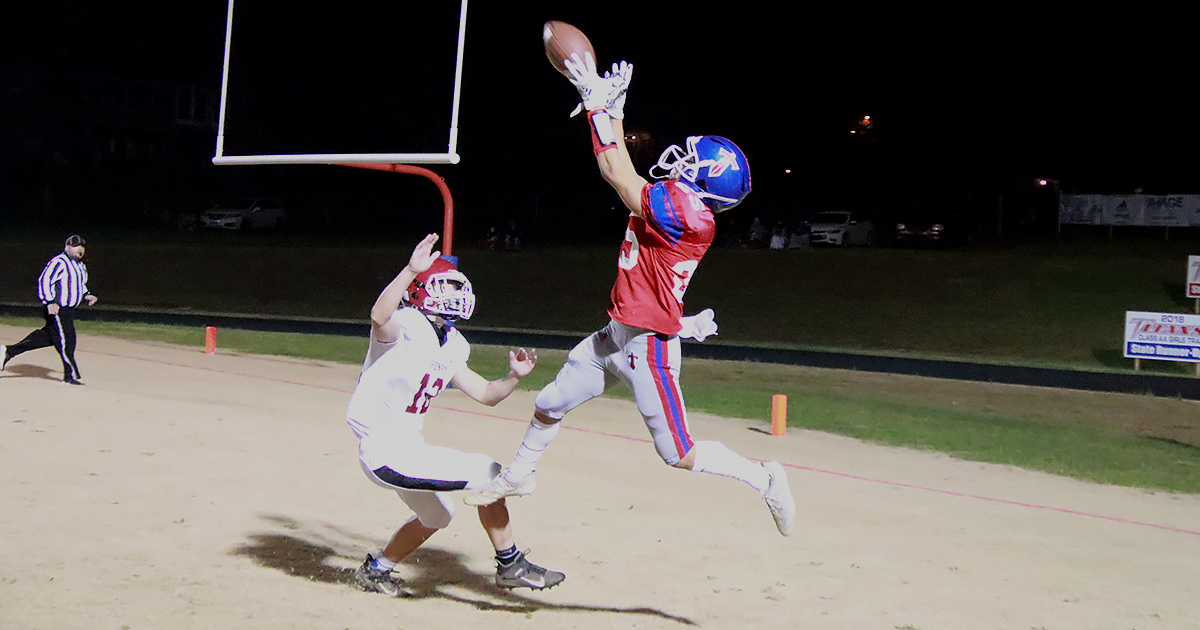 The Harrodsburg Herald/Sam Warren
Senior receiver Jalen Lukitsch caught his fourth touchdown of the season in the Titans’ first round victory over Henry County on Nov. 20.

The Mercer County Titans (7-1) defeated the Henry County Wildcats (4-5) in the first round of the KHSAA Class 3A state playoffs by a final score of 53-10 on Friday, Nov. 20. The Titans won convincingly, triggering the running clock with 10:32 left in the third quarter and sealing their place in the second round where they are set to face the Christian Academy of Louisville.

The Titans continued their dominance in the defensive backfield, with three more interceptions against the Wildcats. Junior Aaron Caton was the first to force a turnover, intercepting a deep ball over the middle of the field from junior Wildcat quarterback Sam Royalty. Caton was the furthest player from the endzone when he intercepted the pass, but his speed and awareness bought him a trip to the endzone, this time a 60-yard return for the opening score.

“I think the number one thing is hard work, because if things look easy on the field, then it’s because guys have been working in practice. I would say number one, it’s hard work. Number two, I would say we have good players, and number three, I do think that if a defensive back keeps the offense in front of him it’s easier to make an interception,” saidMercer Head Coach David Buchanan.