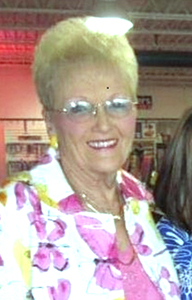 Born Sept. 11, 1937, in Washington Courthouse, Ohio, she was the daughter of the late Ormand and Louise Ray Ridley.

She was the owner of Kwik-Set Fasteners, a family owned and operated business. Myrna was an extremely hard worker, dedicated to her family, employees and business.

In addition to her husband and parents, she was preceded in death by her son, Ronnie Burke.

Private services will be held.

Memorial contributions are suggested to the Michael J. Fox Foundation for Parkinsons at www.michaeljfox.org/donate.