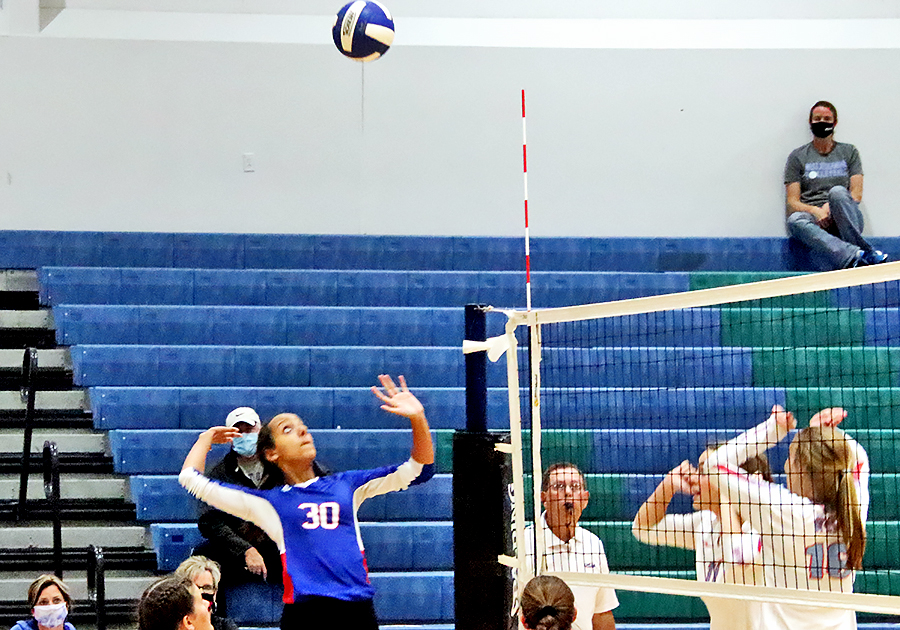 The Harrodsburg Herald/April Ellis
Sophomore Jamesyn White attacked the net in the game against East Jessamine. Despite several restrictions due to Covid-19 the team was able to have a season, despite playing fewer games.

The Mercer County Lady Titans volleyball team ended their season after making it to the semifinals of the 12th region tournament.

Mercer beat East Jessamine 3-1 to make it to the 46th district championship where they came up short against eventual state semifinalist West Jessamine. As district runners-up, the Titans headed to region play where they defeated the Danville Admirals 3-1 in the first round of region play.

Mercer played without a key player, Jai Piazza, in their region tournament games due to COVID quarantining, but still made it to the semis of the 12th region tournament. Mercer ended their season with a win-loss record of 6-12.