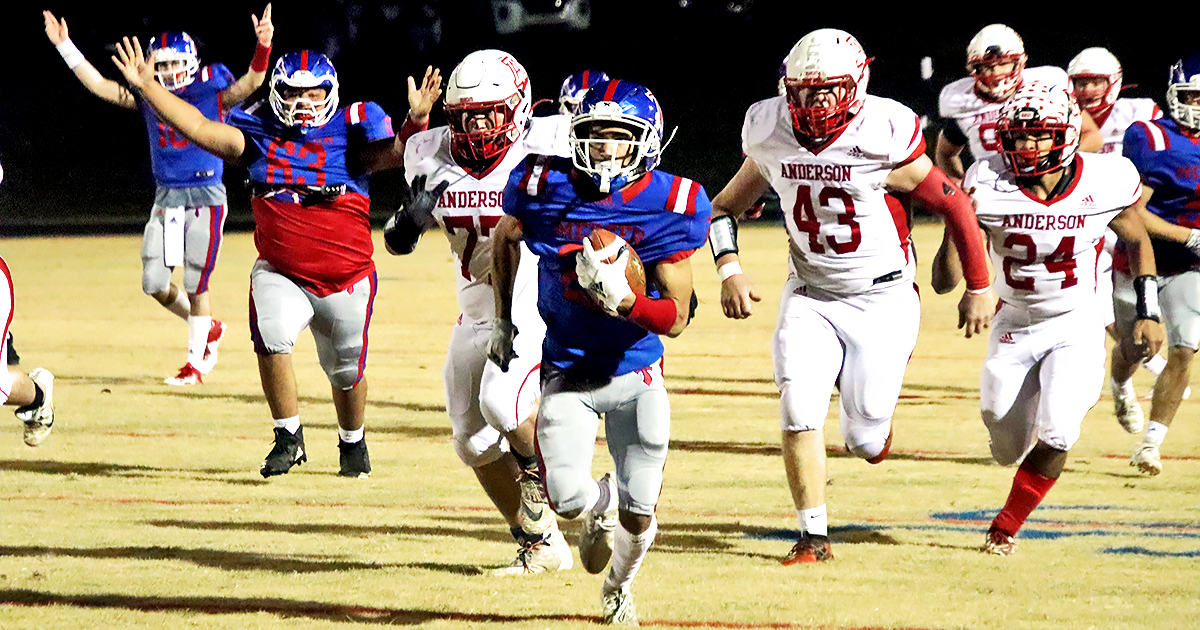 The Harrodsburg Herald/Sam Warren
Senior Jalen Lukitsch heads for the endzone Friday night in the Titan’s 59-22 win over the Anderson County Bearcats. Lukitsch had two receptions for 60 yards and two touchdowns.

The Mercer County Titans (6-1) finished the regular season with a 59-22 win this past Friday, Nov. 6, when they defeated the Anderson County Bearcats (0-9).

The Titan offense was a force the Bearcats were incapable of stopping, producing 518 total yards of offense.

The Titans took advantage of the Bearcat’s poor defending of screen passes as Jalen Lukitsch broke multiple tackles on his way to the endzone for the first touchdown of the night, giving his team an early 7-0 lead.

An important third-down tackle for loss by defensive lineman Brent McKitric gave the Titans the ball back, and once again Trosper Buchanan hit junior wideout Riley Peavler in stride for his second touchdown of the night, this time for 82 yards.

The Titans won the ball back quickly, working their way into scoring position almost immediately. Jackson Peavler couldn’t quite finish off a spectacular run though, fumbling the ball into the endzone for an Anderson County touchback.