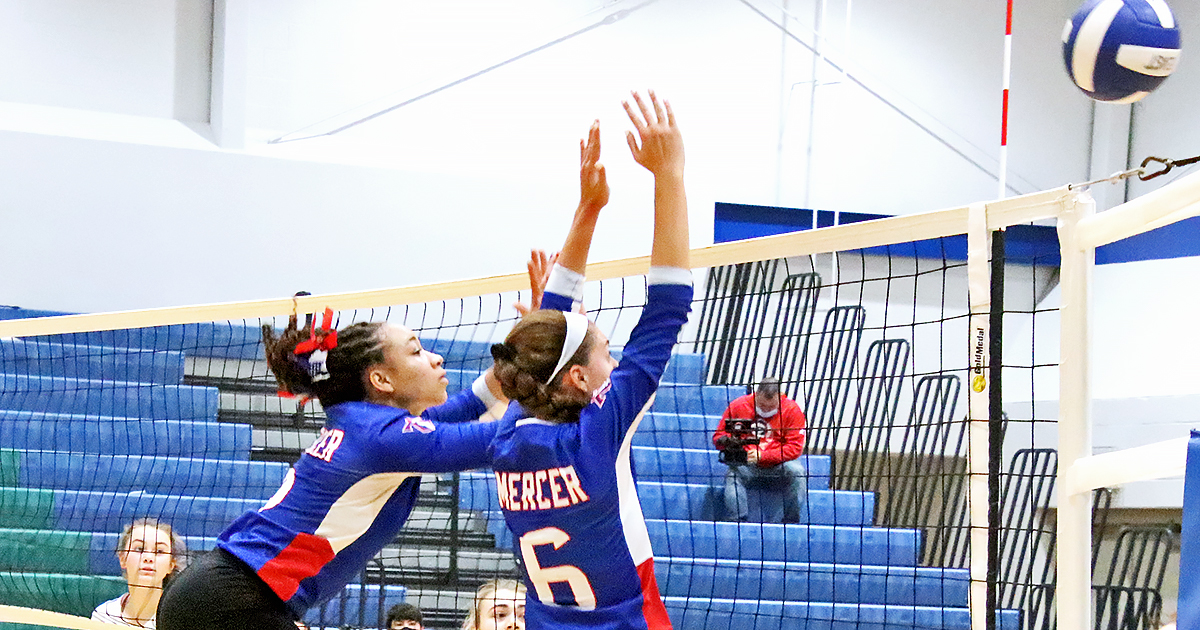 Photo submitted
Jai Piazza and Haven Six work to block against the West Jessamine hitters in the 46th district championship.

The Mercer Titans volleyball team, coming off a huge win against East Jessamine Jaguars, traveled back to Nicholasville last Tuesday evening for a chance to win the 46th district championship.  While the Jaguars had provided stiff competition, the West Jessamine Colts  had the Titans on their heels from the start.

Junior Haven Six began the first set serving and West answered with a sideout and a 1-0 lead. When Mercer was finally able to break West Jessamine server Olivia McKibben’s momentum, they found themselves trailing 5-0. The Titans were not able to put any points on the board with their serve and Emily Krintz and the Colts went on another run until a well-placed dink shot by Jasmyn White was able to get the sideout. Mercer found itself on the wrong side of an 11-1 score and it didn’t get better from there.