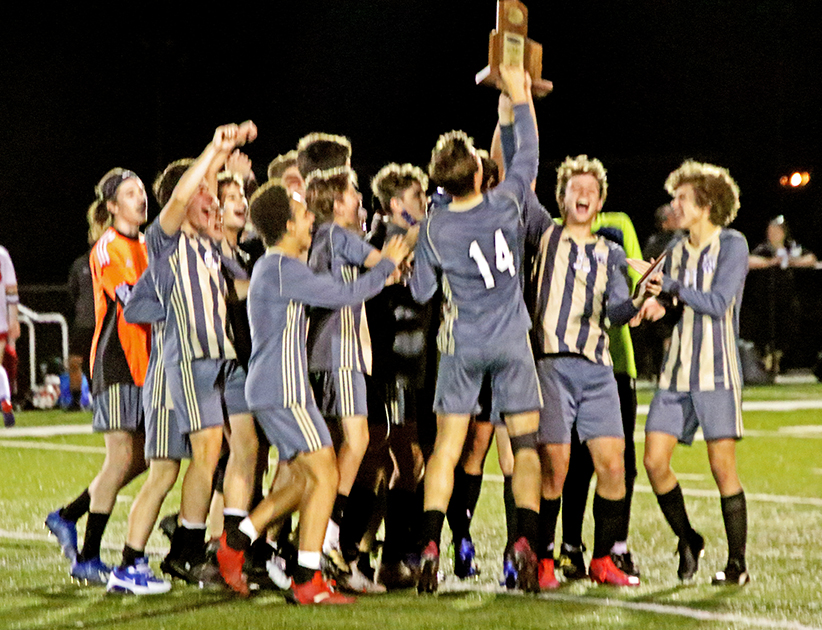 The Harrodsburg Herald/April Ellis
The Rebels cheered after making it to the Elite 8 in the region championship.

The Boyle County Rebels ended their run to a state championship Monday night with a 4-1 loss against the visiting Ryle Raiders.

The Raiders controlled the tempo most of the first half, earning four shot attempts before Boyle got their first shot 14 minutes into the game.

It was a very physical game and fans from neither side were happy about calls, or more accurately, lack of calls. Boyle’s Caden Ferrell let his frustration show, as he was called for a foul which led to the first goal of the night. Ryle’s Lance Paul scored on the ensuing penalty kick with just under 16 minutes left to play in the first half.