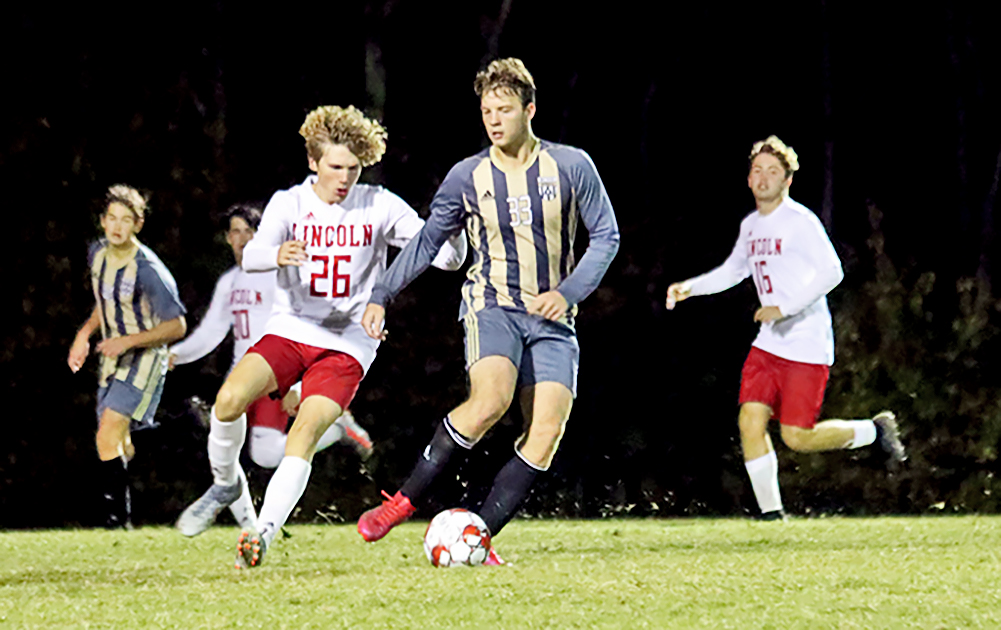 The Boyle County Rebels cruised to a 10-0 victory over the Lincoln County Patriots in the 45th District Tournament Soccer Championship Thursday, Oct. 15, behind three goals from Gabe Hodge..

It only took seven minutes for the Rebels to show their dominance, as senior Caden Ferrell put Boyle County on the board. 13 minutes later, Hodge, a senior added his first goal. Three minutes later he added his second to put the Rebels in front 3-0.

While the Rebels had several more opportunities in the first half, they were only able to muster one more goal prior to the whistle, as Fain Hackney scored his fifth goal of the season.