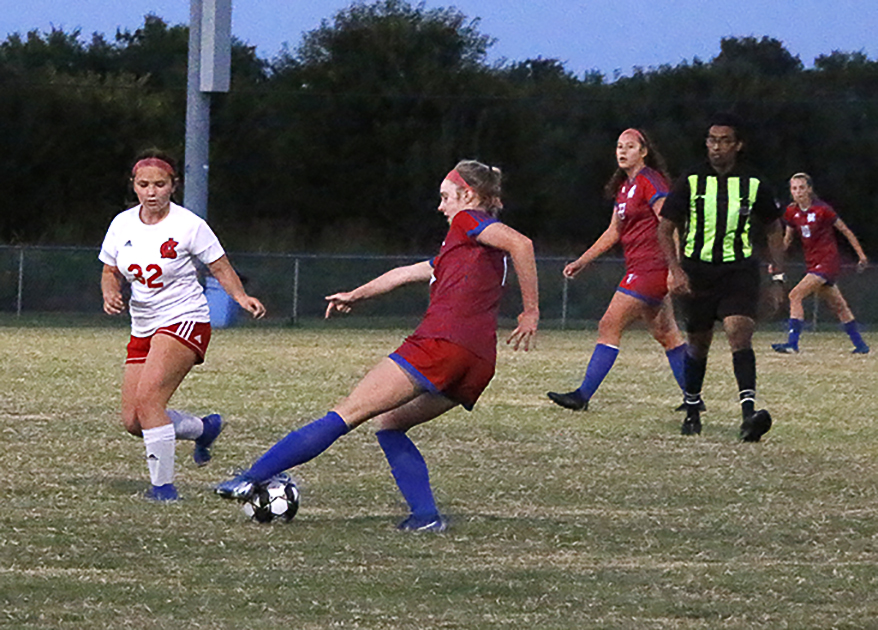 The Lady Titans (5-0) came out strong and determined in their fifth game of the season against the Lady Bearcats of Anderson County (2-5). This game, however, started a bit different than others. It started without  Head Coach Josh Culver standing on the sidelines.

This past Saturday, Culver was in a serious car accident on the way to meet the Lady Titans’ bus, who were traveling for their game against Montgomery County. Culver was involved in a head-on collision and airlifted to the University of Kentucky Medical Center, where he has undergone several surgeries. Friends and family say he has a long road to recovery ahead of him.

The Lady Titans miss their coach, but finished strong on Saturday by beating Montgomery County (2-2) 2-1 and got their fifth win of the season Monday night against Anderson County. The Lady Titans remain undefeated with a 5-0 season thus far.

The first goal of the night came from Maddy Angel with a penalty kick in the box, making the score 1-0 and getting the game started  on a positive note. The Lady Titans’ offense was strong against Anderson County and at times was more than the Lady Bearcats could handle.

The Lady Bearcats were called for several fouls, which resulted in free kicks for the Titans. But Mercer couldn’t get any to land in the goal. At the 23 minute mark of the first quarter, Marlie Charles made a beautiful pass to Abby Dean who headed the ball in the goal, as the Lady Titans took a 2-0 lead. 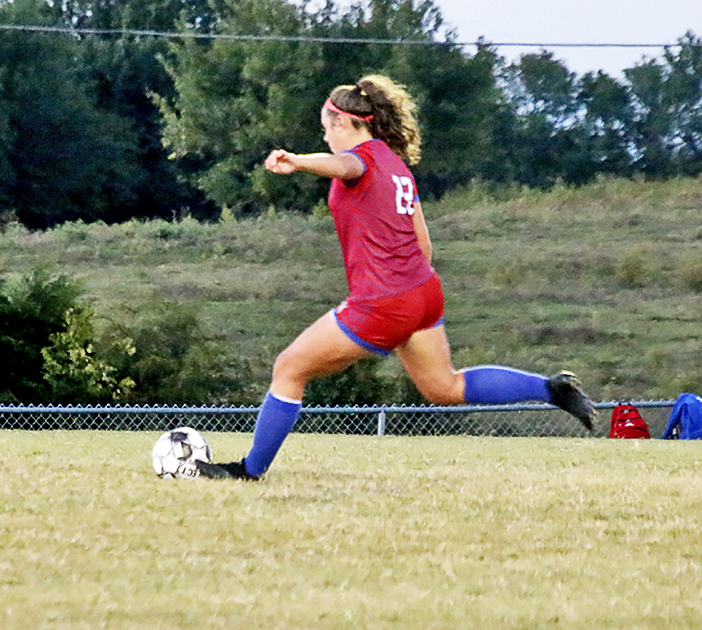 The Harrodsburg Herald/April Ellis
Maddy Angel put the Lady Titans on the scoreboard Monday night with a penalty kick against the Lady Bearcats of Anderson County.

Just one minute later, Bella Garrett turned on the speed and effortlessly dribbled the ball down the field for a strong kick and scored outside the 18. With a 3-0 lead in the game, Suly Smith led the Titan defense to prevent the Lady Bearcats from getting close to the goal. Not only was Smith on her game, Titan goalkeeper Ryleigh Sipe was also made several phenomenal saves and held the Bearcats.

At the 15 minute mark, Timberlynn Yeast used her speed to break past the defense and helped the Lady Titans take a 4-0 lead.

It wasn’t until the 14 minute mark in the game that Lady Bearcats Leah Rennels connected and scored a goal from an indirect kick, making it 4-1.

JoBeth Connelly and Erin Darland were putting in work on the back line to close out the first half and prevented the Lady Bearcats from scoring again. The Lady Titans Dean, Angel and Charles continued to crash the net, but were unable to score.

The second half started off with a back and forth physical game by both sides. The Lady Titans had several unsuccessful shots stopped by Anderson goalkeeper Abby Belcher.

However, with 21:38 left in the game, Charles made another cross to Dean in front of the goal and the Titans went up by four. There was a strong presence in the middle from Dean, Angel and Garrett. It was hard for Anderson to move the ball, frustrating their offense.

With eight minutes to go in the game, Charles took a shot from the left corner with an assist from Dean and scored, making the score 6-1.

The Lady Titan defense let up a bit toward the end of the game, and Lady Bearcat Olivia Griffin slipped by Titan defenders and goalkeeper Sipe with two minutes remaining in the game and scored the second goal for the Lady Bearcats.

But it was too little, too late. Anderson County was out of time and the Lady Titans ran away with another game ending with a 6-2 victory.

The Lady Titans look to extend their winning streak against the Bardstown Lady Tigers, Saturday, Sept. 26 at 3:30 p.m.