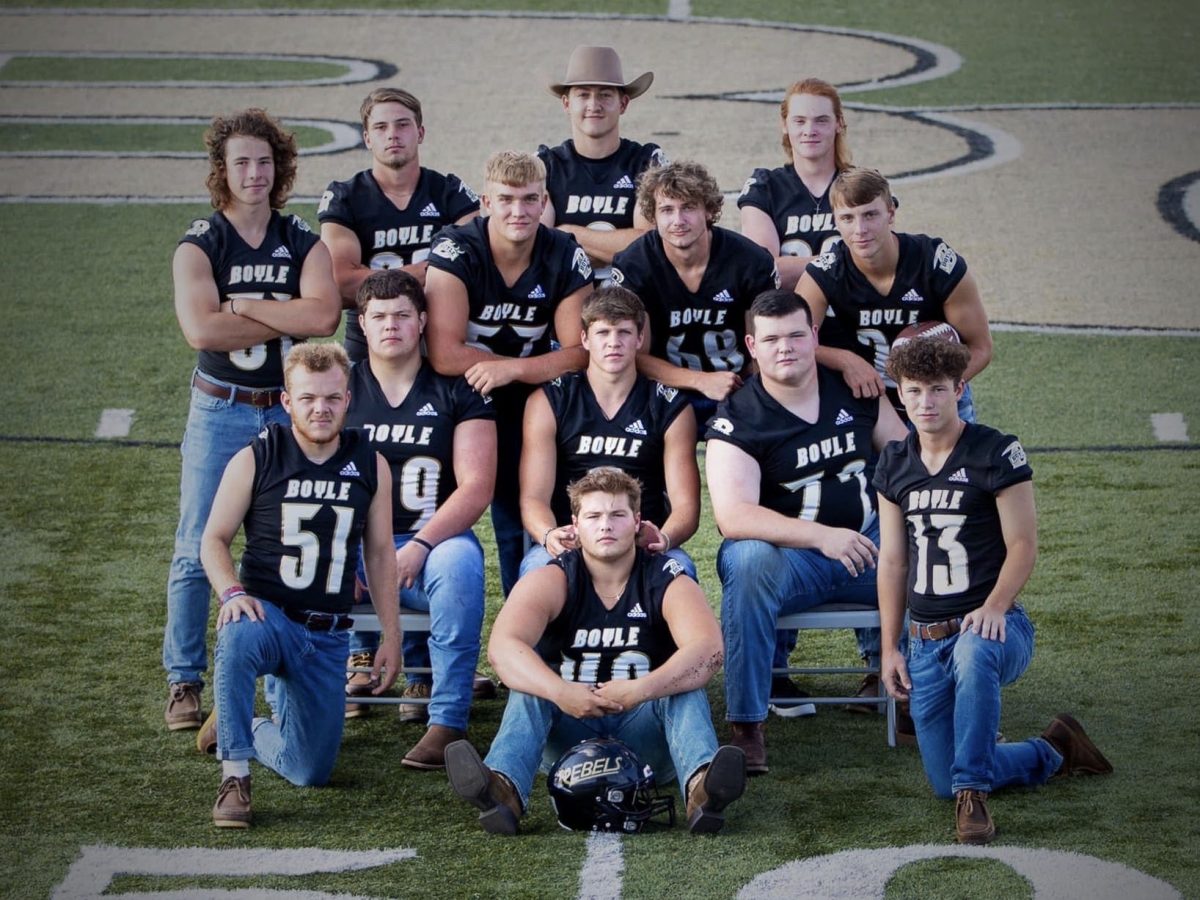 The Boyle County Rebels had a fantastic 2019 season, where they were led by Head Coach Chuck Smith in his last season. They had an undefeated regular season record and made it to the state title game, where they had a heartbreaking 21-20 loss to the Johnson Central Golden Eagles.

Now the 2020 Rebels look to bounce back and make an even stronger push towards another state title which would be their ninth.

The Rebels will be led by head coach Justin Haddix. He will have big shoes to fill considering the impact left by former coach Chuck Smith, but Haddix is more than up to the task

“The expectations here is a big reason why I came here. We expect to win a state championship and compete at a high level,” said Haddix.

Haddix previously was the head coach of the Corbin Redhounds where he lost the state title game against the Rebels in 2017 and then defeated the 2018 Rebels in the state semi finals.

He’s had some great records and has made a name for himself before his recent hiring and has already adapted well since making the move to Boyle.

The 2020 Rebels will be headlined with different names in skill positions. There were 19 seniors on the team a year ago. With them gone it has been a big adjustment trying to put guys in to replace so much talent from last season.

They still return a lot of talent from last year’s team, athletes who have been involved with the successful program and have developed under the guys in recent years.

Nearly every position will feature new starters. There are several names who will be called for the first time for the Rebels, but nevertheless, they’re the names Haddix believes best.

Haddix said senior Jagger Gillis is looking like the starting quarterback for the Rebels so far, “Jagger Gillis has come in and led us this off season.”

Gillis is a transferred senior from the Anderson County Bearcats football program where he started for three seasons and putting up great numbers. In the 2018 season, he helped lead the Bearcats to an undefeated regular season record, throwing for 1015 yards, 15 touchdowns and just one interception. He had a bit of a down season in 2019, but aims to improve his senior year with a fresh start as a Rebel.

The quarterback position was held by 2019 graduate and Centre College freshman Reed Lanter, who broke school records and made a name for himself with his performances in big games.

Reed Lanter’s younger brother Cole, played a large role for the Rebels last year, quickly becoming a favorite target throughout the 2019 season and is the leading remaining receiver from last year. Reiley Colwick, Cameron Yates and now West Virginia wide receiver Reese Smith were the leaders of the 2019 receiving core. But it’s now time for Lanter to take over as the top wide receiver.

Perhaps one of the biggest returns for the Rebels is senior Will McDaniel. McDaniel was the lead back for the Rebels last season, tallying 887 yards on 124 attempts which made for an average of 7.2 yards per carry. He also had 17 touchdowns on the year, averaging just over one touchdown a game. The Rebels may have lost other lead backs Andrew Sacco and Landen Bartleson, but McDaniel will be ready to lead as a starting back once again with an extra year of experience heading into his final season as a Rebel.

Another returning talent who is  being recruited by Division-1 colleges is place kicker and punter, Jackson Smith.

He has outperformed several other top kicking prospects across the nation and will be a reliable talent each game night for the Rebels this season.

Not only will it be a tough task to rebuild offensively, but it will be equally difficult to replicate the defensive success that the 2019 Rebels had, losing much of that production as well.

The Rebels defense was well feared after obtaining four shut out games and five more games allowing only one touchdown.

The top four leaders in tackles for the Rebels have graduated––Ezarious Roller, Wilson Kelly, Hayden Bottoms and Andrew Sacco. While that is a lot to lose, it is also reassuring that right behind them is McDaniel, now senior Clark Coleman and class of 2023 standout Tommy Ziesmer.

Ziesmer is listed at number six on Bluegrassrivals.com preseason defensive lineman rankings and is the only sophomore to make the top 20. Ziesmer has received a lot of interests from Division-1 programs and has received an offer from the University of Kentucky.

He will build on the hype surrounding him in the next two years, and as for 2020, looks to continue his stellar play.

As for the coverage team, the Rebels will have to make up for the loss of their top three defensive backs. Similar to the receiving situation, Smith and Colwick were lockdown defenders, having a combined nine interceptions. Seven for Smith and two for Colwick. The secondary will feature McDaniel, Lanter and junior Cash Logan.

Logan performed well in 2019, with one interception and two fumble recoveries.

It is undeniable that the Rebels have rebuilt well within their program.

Haddix said it’s about the opportunities being open and the players stepping into open roles that will make the difference this season.

“We talk about opportunities all the time. We did lose some really good football players off last year’s team. Now we have some guys with opportunities to be the top play makers and lead our team,” he said.

The talent is all across the board, the biggest fear for the Rebels is one they’ve done their best to handle, but is one that can’t be stopped with a simple game plan. That being COVID-19 and the fear of a canceled or postponed season due to a potential outbreak.

The Rebels, as well as all fall sports programs, are extremely thankful for the opportunity to play this season and hope that they will be allowed to finish their season.

It has been a challenge that these coaches have had to deal with. Trying to adapt to these regulations and safety protocols is not easy, but worth it in the end.

When asked about the pandemic, Haddix said, “I think everyone has had challenges and all teams and staff are facing the same challenges. There’s been a limited amount of time to get prepared.”

Whether the season runs it’s full course is a question that nobody can truly know as of now.

But what is for sure, is that the Rebels are more than ready to start the 2020 season off strong. Their first game will be a match up against the Mercer County Titans, Friday, Sept. 11.

The Titans are led by Head Coach David Buchanan, who has steadily improved the Titans since taking over.

“Mercer County will be well coached and prepared for us. It will be a very good game and it will come down to who wins the turnover battle and who is in the best shape,” said Haddix.

It will give the opportunity to both teams to prove themselves right out of the gate.

Everything is finally falling in order, the Rebels and Coach Haddix are ready to start their first season together with an eye on a state title.