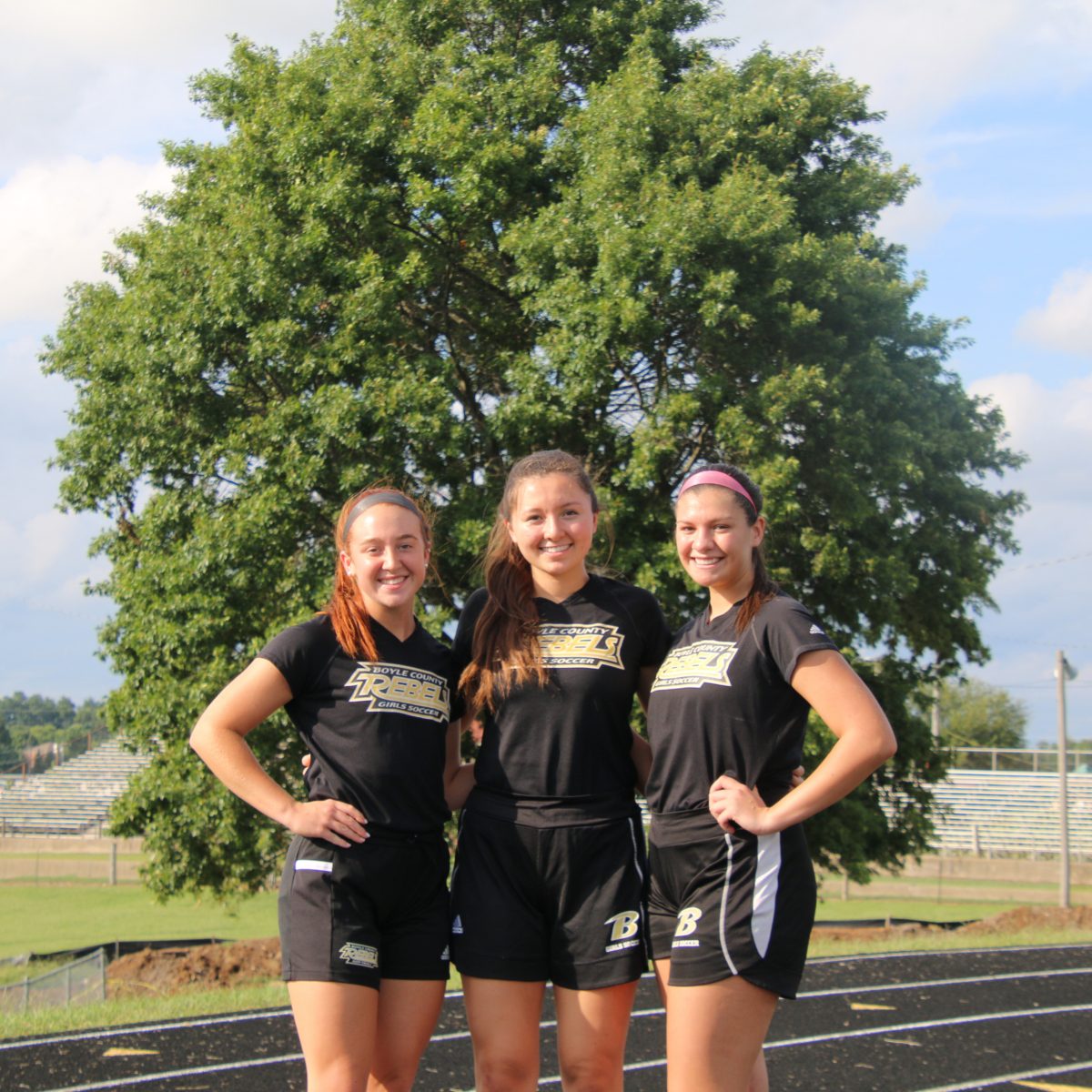 Head Coach Brian Deem has had quite a historic run with his Boyle County girls’ soccer program. Deem is heading into his 23rd season with the Lady Rebels program, and hopes to bring his team back to the glory they are so familiar with.

Last season the Lady Rebels lost their first district title since 2006 against cross town rival, the Danville Admirals, in a final score 1-0. They had beaten the Admirals 2-1 in regular season.

“2019 was a life lesson for all of us. We had a team that had talent, however, lack of team chemistry was an issue for us. My kids should understand what is at stake when it comes to postseason. I think for many of them, they were a bit overwhelmed.”

With just two seniors and three juniors on last season’s team, they fielded one of the youngest lineups in the region every night out. It was a good learning experience for the now older roster and they made the best of every opportunity they could.

The roster is looking a lot different than before, with three seniors and six juniors. The junior class is filled with girls who had plenty of opportunities for growth within their past two seasons. They will be able to help leading the team with the three seniors, Hailey Cannon, Alyssa Montgomery and Lindsey Warinner.

Warinner was tied as the leading scorer for the Rebels last season with five goals and tallied an impressive eight assists.

Cannon scored during the year, a goal that made the difference in a 2-1 win against Eastern. She appeared in all 18 games last season.

Montgomery has appeared in games as the Rebels goalkeeper since her freshman season, but began to start on every game during her sophomore year. She has gotten progressively better and finished last year with 167 goalkeeper saves to just 39 goals allowed.

“I’m excited about my seniors this year. All three put in the work outside of the season. They have passion and drive to help the younger kids to learn what is expected here at Boyle,” said Deem.

“All three of my seniors will be playing at the next level,” Deen added. “Hailey Cannon may be playing softball instead of soccer. They mix well with their personalities. They have been on the top end and bottom end of the success spectrum. So I believe they are going to do all they can to ensure we are prepared for this year.”

If all goes as planned, the Rebels will kick off their season on Sept. 8. Thankfully, their 2019 season was not affected by the COVID-19 pandemic, but it was a genuine concern that their season would not take place even months after the first high school sport cancellations.

“Covid – What can you say? It’s something we all are having to adapt too. I tell my girls, we can’t control the virus nor can we control the decisions made about playing. So we have taken a different approach, which I feel has been very positive for our girls.”

The Rebels are setting the bar high and are ready to prove themselves as district champions once more. They begin their season Tuesday, Sept. 8, at 8 p.m. against the South Laurel Lady Cardinals. This will be senior night for the Lady Rebels.

Listed below is the Lady Rebels roster with the exception of incoming freshman not yet added to the official roster.