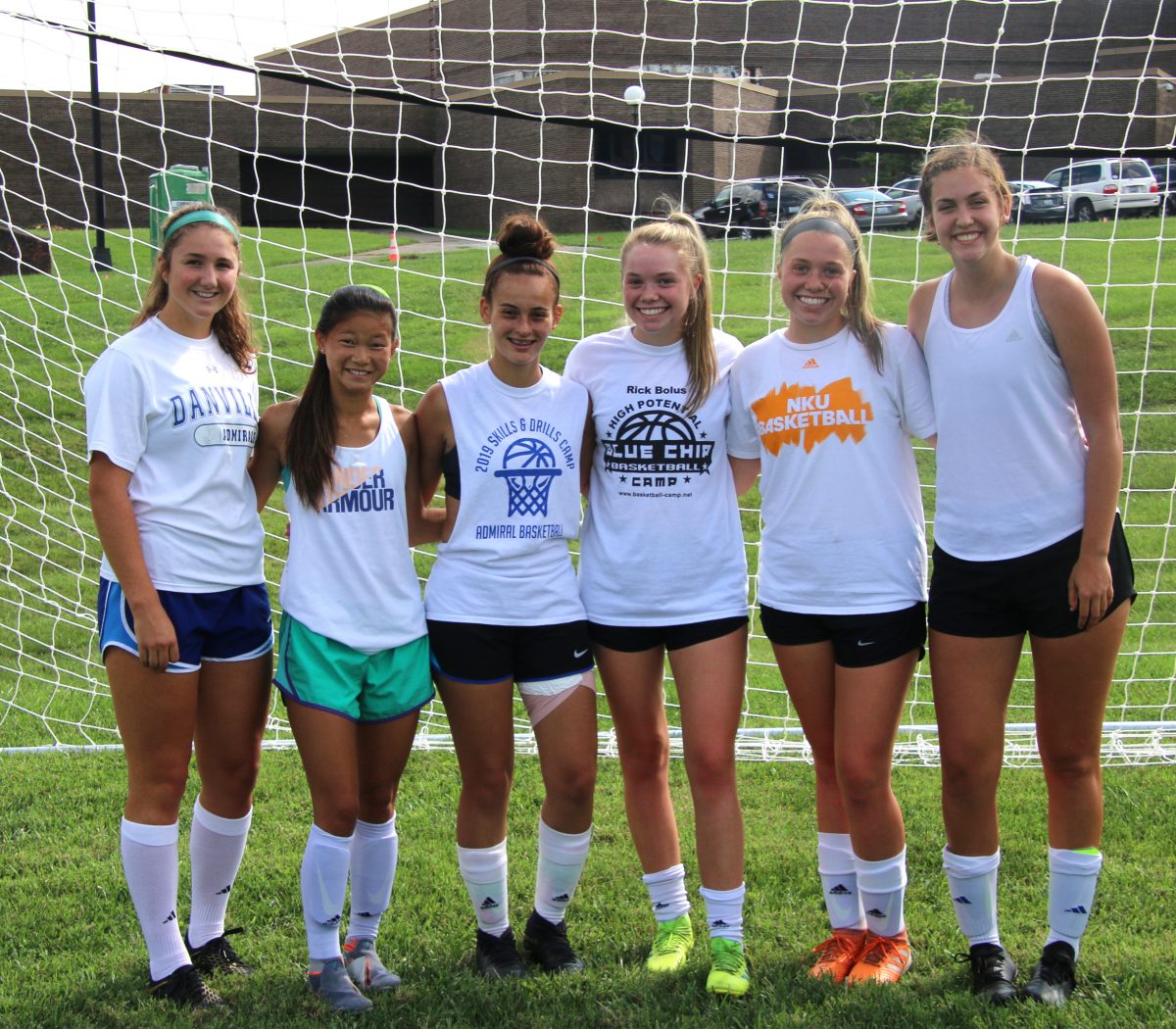 After nine years as head coach for the Danville Lady Admirals soccer program, JD Smith got a taste of glory, winning his first district title with the Lady Admirals after beating their cross-town rival the Boyle County Lady Rebels.

“It was a good moment, we had been runner-ups for I believe five years in a row before that, so it was good get that win and see the hard of the team pay off in a game like that,” said Smith.

He said before the year started last year the team possessed massive potential. A year later, he feels as though that potential has only grown.

The Admirals will return most of their talent from last year, they lost two of their every day starters in Mariah Burnett and Ella McKinney and face a hard task in replacing them. The confidence in the team though, still remains the same.

“I think this team should be very competitive this year, we graduated three seniors off last year’s team but the bulk of our lineup is returning. You couldn’t ask for a better group of seniors than I have this year (Ashley Rankin, Hope Helmers, Lara Akers, Jenna Akers, Ahyana Burnett, and Madison Terrell). Not only are they great athletes, but they are great people which makes the team really receptive to things they have to say. My expectation is they lead on and off the field in a very positive way,” said Smith.

Smith is excited to see how the underclassmen step up with some of the team’s best performers returning.

“We had several younger girls who played big roles for us last year, Karolyn Valko led the team in goals as a freshman and Holly Helmers was a sophomore named to the All-State Honorable Mention team in our midfield. I expect these girls to build on those accolades from last season. Seeing how hard last years underclassmen are working then I have no doubt that they will.”

The six seniors, Jenna Akers, Lara Akers, Burnett, Helmers, Rankin and Terrell, have all seen significant time on the field and hope to go even farther than last year’s success.

Smith knows they have worked hard to be in the position they’re in and want to make the most of it by giving their best efforts both on and off the field.

“These seniors are outstanding young ladies, they are all multi-sport athletes who consistently get the job done in the classroom as well. They have been part of teams that received the United Soccer Coaches Association Team Academic award every year they have been a part of this team.”

The Lady Admirals return most of their statistical leaders from last season in scoring, assist and all three goalkeepers. The Lady Admirals will make it tough for anyone to get in their way.

The biggest fear for the season, isn’t even an opposing team. But rather their season is altered due to the COVID-19 pandemic. It has been a difficult decision to make, but the Kentucky High School Athletic Association had announced a little over a week ago that fall sports will in fact take place.

“We understand that getting to play and participate this year means doing what needs to be done to keep everyone involved as safe as possible. Early on it took some time and reminding to make sure we as a team were following all of the guidelines from the KHSAA, but now those things have become habit. I’ve been very proud of how responsible the girls have been to make sure they were doing everything they needed to so they would have the opportunity to play,” said Smith.

The Lady Admirals are now less than a week away from their first game. They have a tough week, with an away  match up against the Lexington Christian Lady Eagles on Sept. 8, at 7:30 p.m. They will look to start the season strong with a big win, with hopes of winning yet another district title and even more in 2020.

The Lady Admirals roster is listed below with the exception of incoming freshman who have yet to be added to the official roster.