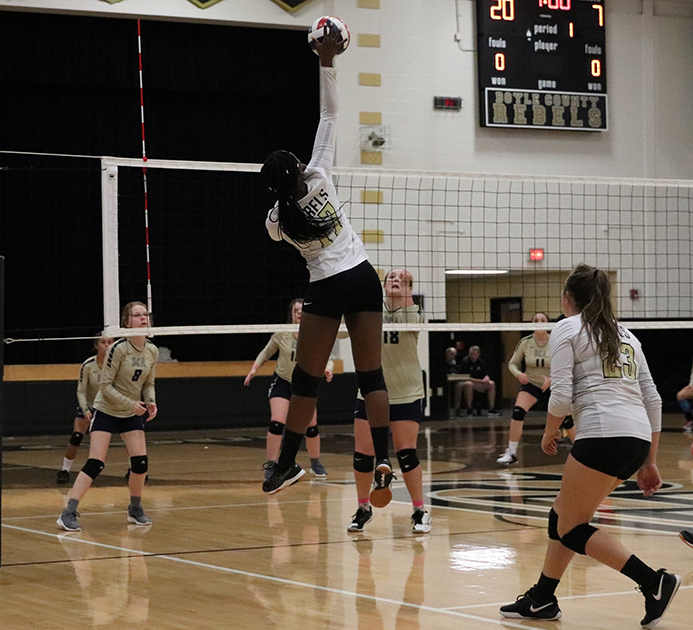 After fielding one of the youngest rosters in the region just a season ago, the Boyle County Rebels Volleyball program is now shaping up to have one of the most experienced and talented teams within the region.

The Rebels will be led by head coach Andrea Craig, who since taking over the team in 2015, has won two district titles. She’s passionate about this program, and has learned a lot throughout her years of coaching.

“Each team of girls is different and should be approached with consideration of the team members. Our coaching style is focused on strengthening each individual’s skill set and developing them as a player. My coaching style supports players and their growth and I strive to meet all player’s needs.” she said.

Last year was a bit of a building year for the team. They had only one senior, five juniors, and the rest sophomores. Even still, they put up a good fight against a very tough schedule, finishing with a record of 8-23.

“Our program is built on the foundation of growth. For our players, we emphasize self and team growth. Positives that we will be taking away from last season include: maintaining strong communication, increasing player skills and knowledge of the game, and creating an energy that promotes perseverance and success. We would like for our girls to continue strengthening their skills, while making a memorable season and leaving their hearts out on the court.” Said Craig, who has made sure the team made the most out of last season.

The expectations are higher this year. There are five seniors ready to take the lead role, those being Jocelyn Godsey, Morgan Holderman, Hannah Sizemore, Kaylee Whitsell and Ella Wofford

“Each of our seniors possess leadership characteristics that will strongly influence the team and their bond. Our seniors are passionate about the sport and strive to succeed both on and off the court. Our girls have a tight bond, which is what will set them apart from other teams this season.”

The rest of the varsity roster will include all juniors. Those being Mia Grubbs, Hennessy Ison, Kennedy Kirkland, Desiree Palmer, Trinity Wells and Molly Wise.

The talent is spread across the team in multiple ways. Each girl on the team shines in their own way, whether it’s scoring, assisting others, or even defensively. The team meshes well together and with enough time as a unit they can prove to be something special 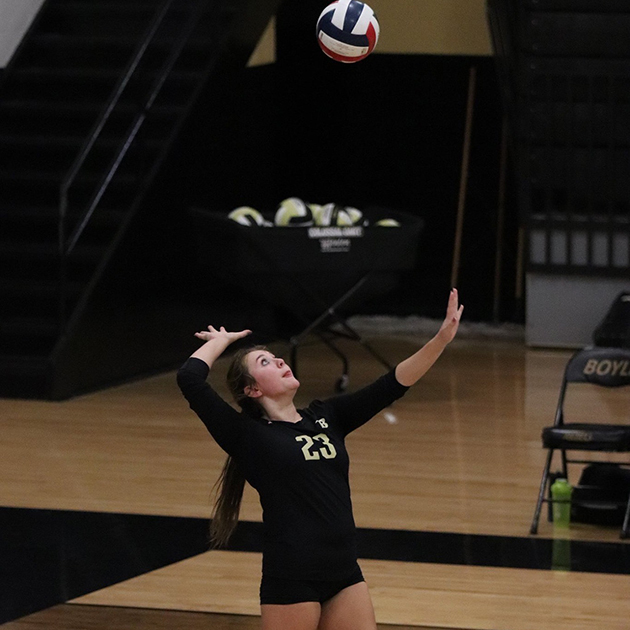 Photo Submitted
Senior Hannah Sizemore is ready to thrive in her final season with the Rebel volleyball team.

Sizemore led the 2019 team in kills with a total of 104 kills and an average of 1.20 kills per set. She was also second on the team in aces, having 32 on the season. She worked hard and made a big difference with her ability to put points on the scoreboard.

Right behind her in kills was Kirkland with 96 kills and a team best average of 1.39 kills per set. She also played a huge role defensively, obtaining 20 solo blocks leading the team in that category and helping assist on thirteen more.

Holderman played the role of Libero for a lot of last season. She finished with 134 digs and an average of 1.69 digs per set, a huge help in keeping the flow of the offense going and was excellent at being in the right spot defensively.

Palmer will now take a lead role in what she already did well last season. She was second on the team in assist last season with a total of 161. She was only behind now graduate Sabree Norris.

The big fear heading into this season, isn’t what would hinder their own progress, but rather everyone around. The Kentucky High School Athletic Association has still kept the same plan as far as season start dates, but has still left it up to the Governor to give an official ruling in the future. Whether the season happens or not, the impact has already been made on many teams including this one.

“Of course, our season has been dramatically altered by our current situations. However, we are fortunate to have a season and allow our players the opportunity to engage with peers through a sport that they love and are committed to. We are going in with the mindset of offering utmost safety, and allowing our players an opportunity to grow and shine.

The expectations are high for the team. They haven’t won a regional title yet under Craig, but have shown the flashes of potential to. This team will be one of her most experienced and most dedicated yet, so if the season does happen like it’s supposed to, it will be one to remember for these Rebels.

If all goes accordingly, the Rebels will begin their season on September 8th with a home game vs. Western Hills at 7:30 pm.