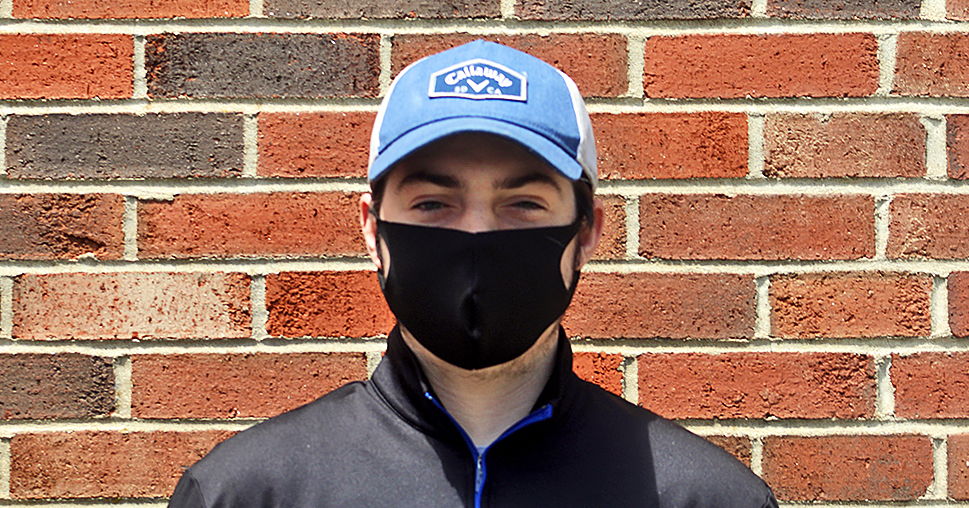 On Thursday, Gov. Andy Beshear announced he was extending the facial covering mandate for another 30 days.

Back on July 10, the governor ordered Kentuckians to wear masks covering their nose and mouth in all indoor public spaces, including grocery stores, pharmacies, restaurants, bars and health care providers. The mask mandate, as well as the limit on social gatherings with more than 10 people, had been among the moves recommended by the White House. The limit on social gatherings was also extended.

Beshear said he would extend the mask mandate until the positivity rate was below four percent and there is a decline in the number of new cases.

While Kentucky had 247 fewer positive cases this week through Thursday compared to last week, the positivity rate—5.51—remains unchanged from yesterday.

He said he would have additional guidance for Kentucky’s bars and restaurants on Monday.

“Expectations ought to be that capacity will increase again to 50-percent but there will be some changes. Especially in restaurants, we need people to still prioritize outdoor seating,” Beshear said. He said he was also institute a curfew. “Bars and restaurants are both going to be expected to have their last item served at 10 p.m. Then there is going to be an hour to let people eat and drink and ultimately go home.”

Other executive orders were also extended.

“The order protects Kentuckians from those who would take advantage of the pandemic by charging inflated prices for goods–goods like hand sanitizer, soap, cleaners and disinfectants,” Buckner said.

On Thursday, it was also announced that the Kentucky State Fair, which is scheduled to happen Aug. 20-30, will be drastically curtailed this year. Much like this year’s Mercer County Fair and Horse Show, there will be rides or food vendors on the midway and no concerts. The horse show and livestock competitions will be held, but will be limited only to participants. The governor said he supported the decision made by the state fair board, and called it a necessary step to prevent a surge in COVID-19 cases.

Steve Wilson, chair of the state fair board of directors, said closing down the public events at the state fair while enabling the World Champion Horse Show and other events, among other precautions, was the best way to protect the public. 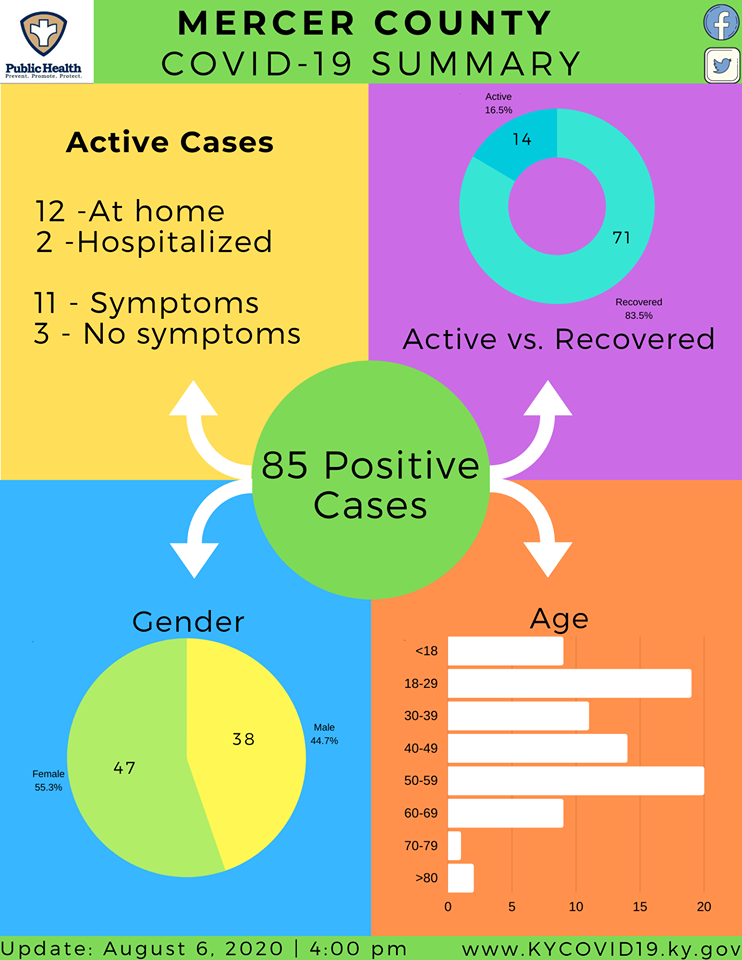 On Thursday, Gov. Beshear announced 516 new cases, including 12 children under the age of five. The youngest is only 10 months old. That raises the commonwealth’s total to 32,354. Beshear also said that 701 Kentuckians have been hospitalized, while 140 are in intensive care. He also announced eight new deaths raising the state’s total to 760. So far, 8,523 Kentuckians have recovered.

Worldwide, there have been over 19.2 million confirmed cases, with 716,059 deaths, according to Worldometers.info. So far, over 12.3 million people have recovered.

Locally, there are currently 14 active cases of COVID-19, with 12 people self-isolating at home while two are currently in the hospital, according to the Mercer County Health Department. There have been 85 confirmed cases. So far, 71 people have recovered. No one from Mercer County has died from COVID-19.

Last week, the Harrodsburg Herald reported there were 26 confirmed COVID-19 cases at Northpoint Training Center in Burgin. That number has grown to 36 confirmed cases, with 17 Northpoint employees and 19 inmates diagnosed. J. Michael Brown, secretary of the Kentucky Justice and Public Safety Cabinet, gave a progress reports on Kentucky’s prisons Thursday. Green River Correctional Complex in Muhlenberg County was one of the the first state prisons to be hit hard, with and 367 inmates and 51 employees infected and three inmate deaths. Everyone at Green River has now recovered, Brown said. So far there 844 inmates and 136 employees have been infected, while 10 inmates have died. Brown said currently, 284 inmates and 49 employees are currently sick. active cases.

For up to date information on state prisons, visit https://corrections.ky.gov/facilities/pages/covid19.aspx.

More information, including links to tutorials and patterns to make both child- and adult-size facial coverings, can be found on the Coverings for Kids website. https://governor.ky.gov/coveringsforkids

For additional information, including up-to-date lists of positive cases and deaths, as well as breakdowns of coronavirus infections by county, race and ethnicity, click here. To see all recent daily reports, click here.