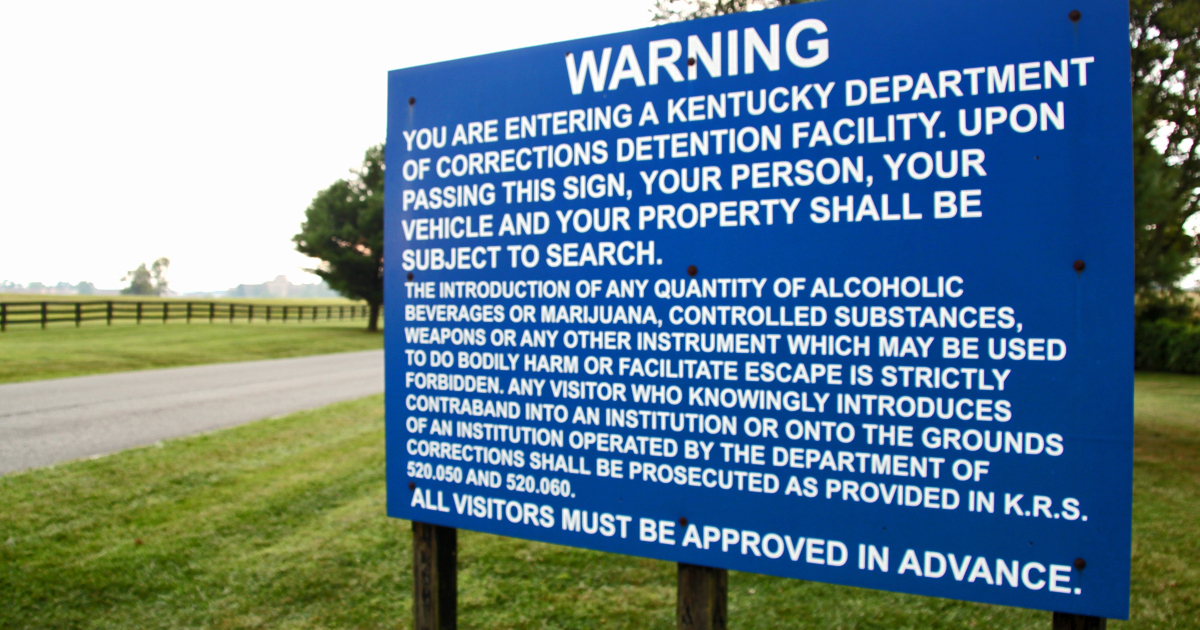 There are 26 confirmed cases of COVID-19 at Northpoint Training Center in Burgin, with 10 staff members and 16 inmates infected, according to J. Michael Brown, secretary of the Kentucky Justice and Public Safety Cabinet.

There have been no hospitalizations or deaths related to COVID-19 at Northpoint, according to the state.

According to Katherine Williams, public information officer with the Kentucky Department of Corrections, Northpoint has instituted a screening process for anyone entering the prison, increased sanitization efforts using a germicide and bleach solution several times a day and have installed hand sanitizer dispensers. Bottles of germicide have been placed inside all housing units and extra soap has been provided for all inmates. Masks are mandatory for all staff and inmates and inmates are provided with fresh cloth masks. In addition, Northpoint medical staff visit each dormitory to check on inmates individually and medically vulnerable inmates are monitored and checked regularly throughout the day, Williams said.

Visitation continues to be suspended at all facilities, she said.

“The Department of Corrections has taken, and will continue to take, aggressive steps to protect the safety and security of all staff and inmates incarcerated in Kentucky state prisons,” Williams said in a statement. “All efforts made by DOC to date have been implemented in close collaboration with the Department for Public Health in accordance with the Centers for Disease Control and Prevention guidance for correctional settings. As with every positive COVID-19 test result at any state prison, contact tracing is immediately undertaken and test results determine next steps.”

While there is still much to discover about the novel coronavirus, one thing government officials know for sure is the havoc the disease can wreak in large institutions such as prisons and long term care facilities, which have been linked to roughly two thirds of all coronavirus-related deaths.

Earlier this year, Green River Correctional Complex in Muhlenberg County was hit hard, with 51 staff members and 367 inmates infected. Three inmates have died. At Kentucky State Reformatory in Oldham County, 18 staff mdmbers and 190 inmates are currently ill while four inmates have died. State officials are also dealing with a major outbreak at the Kentucky Correctional Institution For Women in Shelby County, where 31 staff members and 236 inmates are currently infected.

Seven inmates at the last facility–who have medical issues that put them at higher risk–have sued for early release, blaming officials for a “complete failure to respond to the exceptionally severe risks posed by the outbreak,”according to the Louisville Courier-Journal.

State officials say the situation at Green River has stabilized. On Wednesday, Gov. Andy Beshear said the steps the Department of Corrections took at that facility are being used as a model at the other state prisons.

“We are putting significant resources towards addressing it,” said Beshear, who praised inmates for manufacturing masks and personal protection equipment.

Another step the government has taken to reduce the risk of another outbreak is to reduce the prison population in Kentucky, which in 2018 had a higher incarceration rate than the nation as a whole as well as most other democratic nations–869 per 100,000 people including prisons, jails, immigration detention and juvenile justice facilities, according to prisonpolicy.org.

On Wednesday, Brown said the governor is prepare to release more offenders who are at least 65 years old and near the end of their sentences. Those being considered for early release must not have been convicted of a sexual offense or a violent crime.

“We have released right at 1,200 inmates from our previous round of commutations and we’re currently in the process of screening another 700 inmates to see if they qualify based on those criteria,” Brown said.

The list of medically vulnerable inmates who could be considered for sentence commutation is still being compiled, he said.

For a complete list of steps implemented and positive case numbers at Northpoint please visit https://corrections.ky.gov/facilities/pages/covid19.aspx. 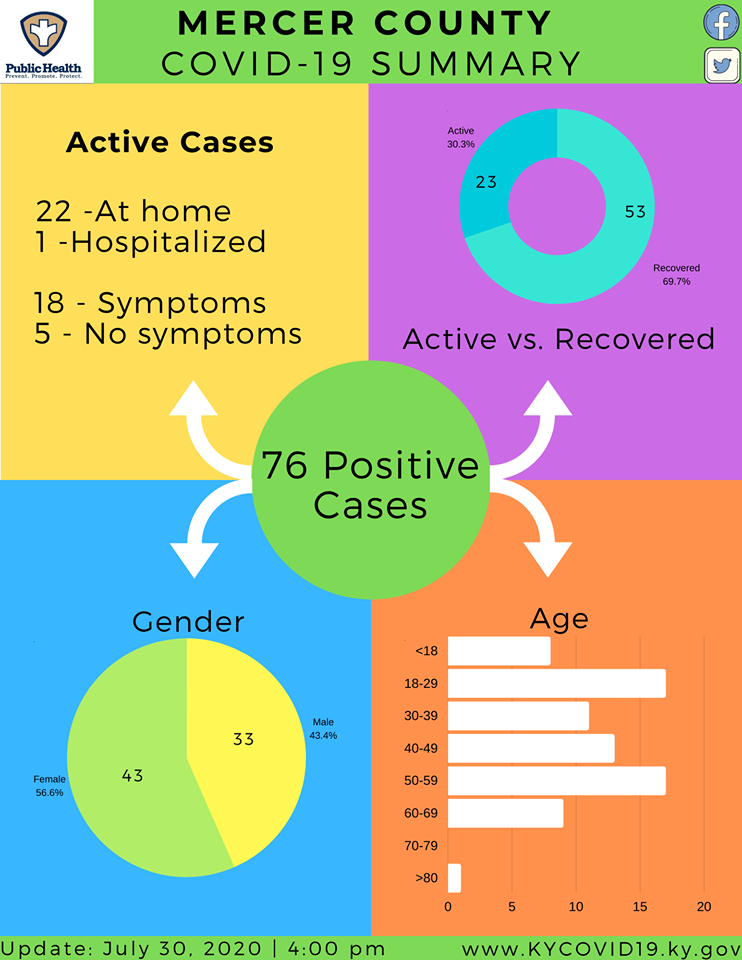 Across the globe, there have been 17.4 million confirmed cases, according to worldometers.info with 242,641 new cases reported by press time Thursday. So far, over 10.8 million people have recovered while 674,776 have died, with 5,210 deaths reported Thursday.

Locally, there are still 76 confirmed cases, according to the Mercer County Health Department, with 23 cases still active. One person has been hospitalized while the others are recuperating at home. So far, no one in Mercer County has died due to COVID-19 related complications.