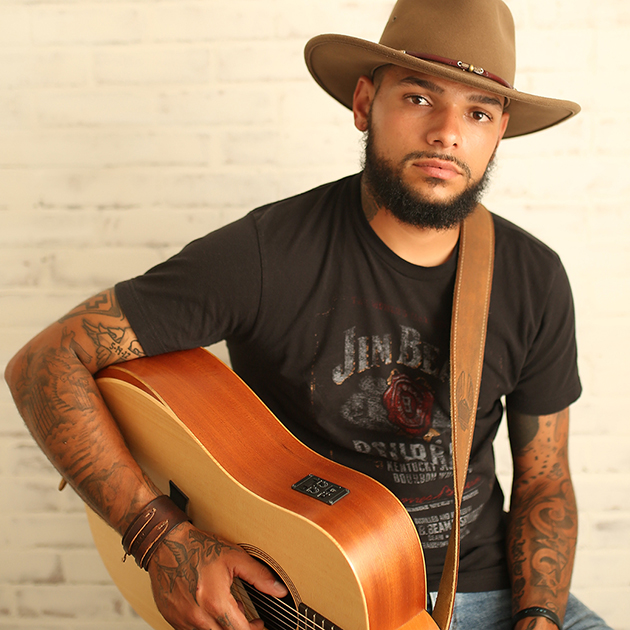 Photo Submitted
Chris Linton, a Mercer County native, was recently featured in ‘Kentucky Living’ magazine as part of their Kentucky’s Got Talent series. His new single ‘Heartbreak’ is available on all media platforms.

“My passion for music started at a young age growing up in Harrodsburg,” said Linton. “With influences like Travis Tritt, George Strait and Waylon Jennings, I’ve learned there’s no better way to express myself other than taking a piece of paper and turning it into a song.”

With the help and support from his wife and drive from his four kids, Chris is turning this passion into a reality playing shows around, Kentucky, Tennessee and has even taken his talent as far as Wisconsin. He started playing music at the age of 16 with his first show at the same age, at a motorcycle rally on Main Street.

Now he’s the front man for the Chris Linton Band, which, pre-pandemic, was booked consistently according to Kentucky Living magazine.

“My parents are both from Harrodsburg,” said Linton. “Growing up in such a small town there is never much to do so I spent most of my free time on music. Whether it be writing or practicing.”

Linton still spends his free time on music but life is busier with a wife and four small children. Linton says his wife makes a good teammate helping manage his career.

“My kids love music, the oldest girl and youngest are really music crazy,” said Linton. “The baby loves to listen as we play and sing.”

Linton recently was featured as one contestant of ‘Kentucky Got talent’ in Kentucky Living Magazine.

“It was a photo contest with an interview,” said Linton. “My wife submitted the forms and it was off.”

Linton said they were surprised by the exposure and have gathered more fans from the article.

“I just received an email from them back in May saying they wanted to feature him in the magazine and that they had heard of him. I responded and we set a time and date for them to hold a phone interview in May,” said Linton. “We didn’t realize how much exposure that was until it came out and we had phone calls and texts from everyone we knew. I’ve actually had people messaging the Facebook page saying they are now a fan because of the Kentucky Living article. It’s pretty awesome!”

Linton’s first single “Heartbreak” is available on all media platforms.

“I am working hard in the studio to get more songs out to share with the world,” said Linton.

Linton’s music can be heard on Spotify, iTunes, Apple Music and YouTube.

Linton said the best advice he has for aspiring artist is, “Don’t think about it, just do it and always have somebody who’s willing to support you, because it’s a crazy life.”