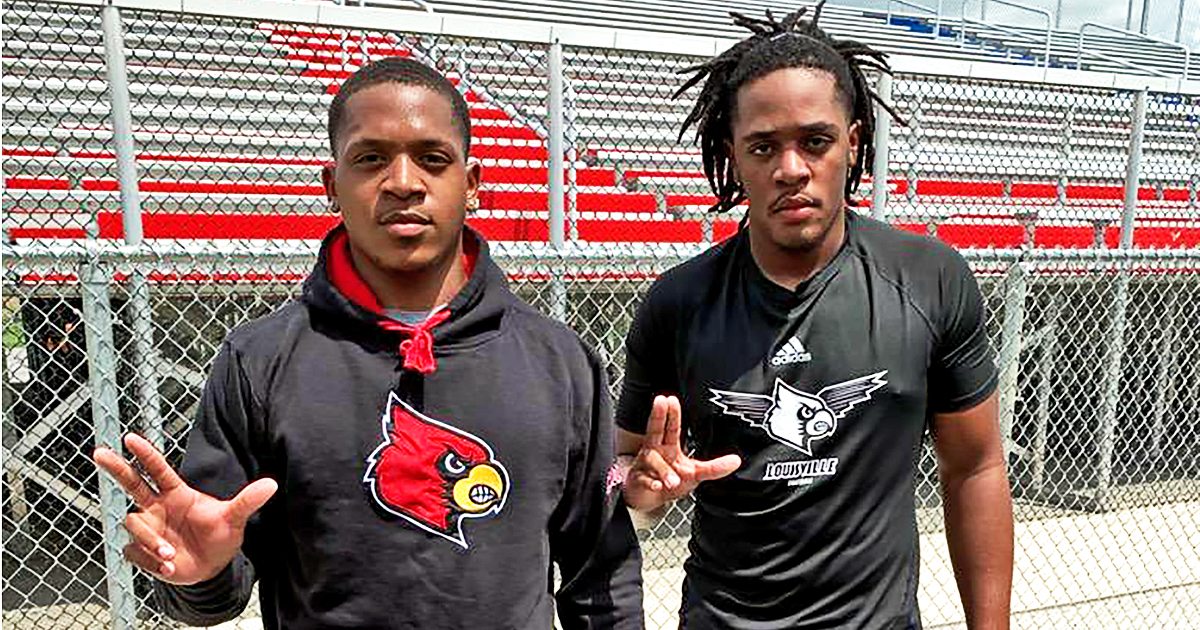 Malachi Yulee and Darrian Bell are working hard to prepare for Division I football with the Louisville Cardinals. (Image submitted).

Both Darrian Bell and Malachi Yulee are joining the University of Louisville Cardinals next season, and UofL Head Football Coach Scott Satterfield has said anyone can earn a starting spot, so both athletes are working hard to make an impact on the Division I program as soon as possible. 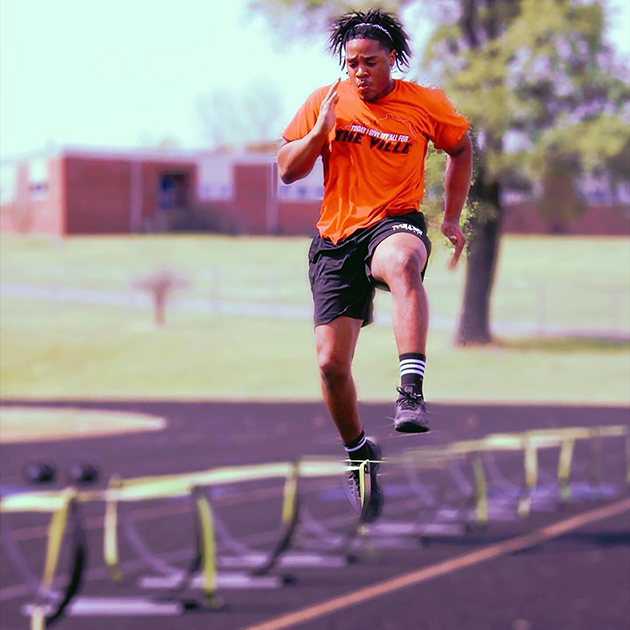 Darrian Bell has high hopes for his football career. The leader of the Danville Admirals defense last season, travels to Harrodsburg to train with Malachi Yulee. (Image submitted).

Bell was the leader of the Danville Admirals defense last season and tallied 125 tackles, two interceptions, a pick-six and a forced fumble. He is determined to get better and travels to Harrodsburg three days a week where he and Yulee are trained by former Titan—and college football player—Isaiah Burrus.

“Speed and quickness, you can never get enough of those two,” said Bell, who has been focused on mobility and speed this offseason. Now that the gyms are open, he is back lifting weights too.

Bell has aspirations to earn a sports management degree and he says Louisville has a great program. Educationally and financially, Louisville is a great choice, he said. “Also it’s Division I FBSACC (Football Bowl Subdivision in the Atlantic Coast Conference),” said Bell, “that’s almost every high school football player’s dream.”

Yulee was a star running back and linebacker at Mercer County Senior High School who rushed for 1,994 yards and 27 touchdowns in his last two seasons as a Titan. Yulee is working to get faster and more consistent before he gets to Louisville. He says he wants to be a better player all around.

“I want to improve on everything and be an all-around, complete player, but I mainly want to focus on becoming faster and being more efficient,” said Yulee.

He says it has been pretty tough to find weights due to COVID-19, so he has been doing body weight workouts such as pushups and sit ups to maintain his strength until weights are easier to access.

Yulee is very excited to be a Cardinal as well. He says the organization makes him feel at home, and that the coaches were very honest and straightforward during the recruitment process.

“I really loved the atmosphere every time I visited Louisville. I’m very excited to get up there and get to work on the 26th and I’m looking forward to getting in the routine of the program,” he said.

Yulee and Bell push each other to be better when training. Bell says it makes for a more competitive training session when Yulee is there.

“Yes, we push each other. He’s a running back, I am a linebacker, so sometimes it’s a competition,” said Bell.

As Cardinals, they will each play on opposite sides of the ball. The training they are doing side-by-side now could be a competition in a month’s time. According to Yulee, Bell is always ready to work hard and that pushes Yulee to train even harder.

“Working with Darrian has been beneficial for both of us, because we push each other to be better. I know every workout he comes with the mentality to work hard so I know I have to come with the same mind-set,” said Yulee.

Isaiah Burrus has been training them for most of the summer and he says that Louisville will not be disappointed when they get on campus later this month.

“Malachi and Bell are two of the most hard-working and smartest young men I have been blessed to work with. Louisville will not be disappointed once they step on campus. They have put in top of the line work and blessings will come from that. They have gotten faster, quicker and stronger in areas they were weak in. Expect something special from these two,” said Burrus.