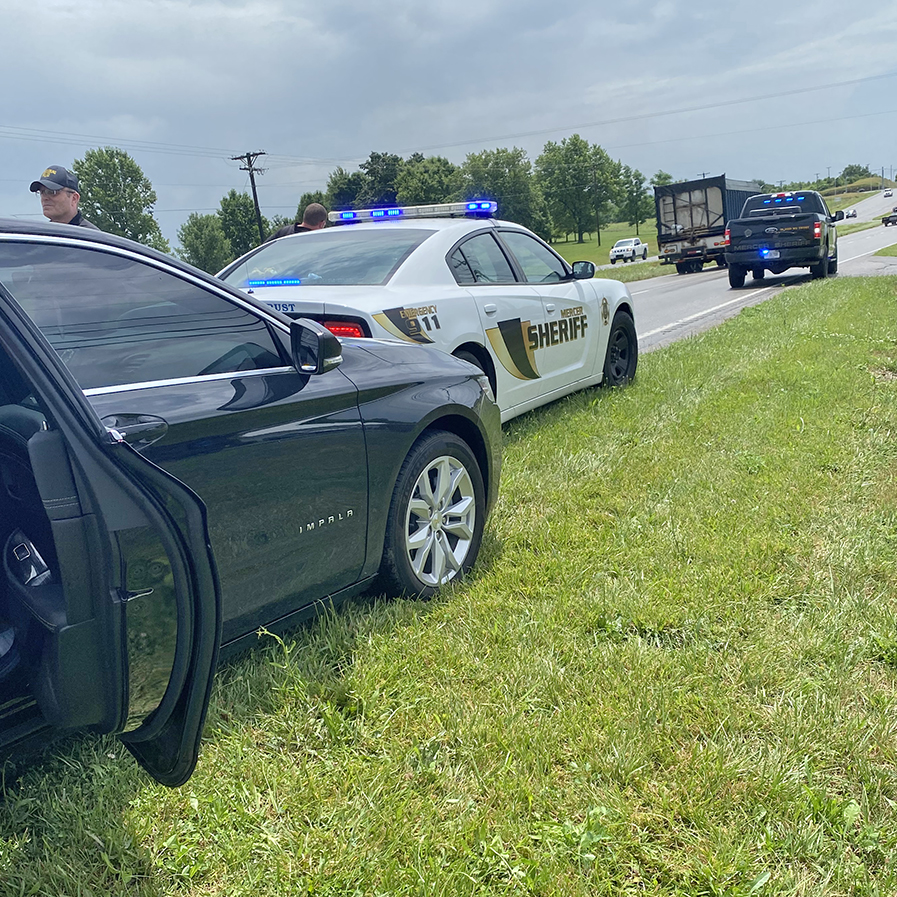 Deputy Wes Gaddis was able to react quickly Monday afternoon when he received a distress call  at 1 p.m. about a mother on Highway 127 who was unable to stop her vehicle.

Lyndsey Tyler called the Harrodsburg 911 Center when her vehicle began  accelerating with no way to stop it.

The run away vehicle also had a passenger, Tyler’s 1-year-old daughter, Addy inside. No injuries occurred and there was minimal damage to both vehicles.

Read the full story for subscribing to the online edition, only $24.95 a year! Click Here!