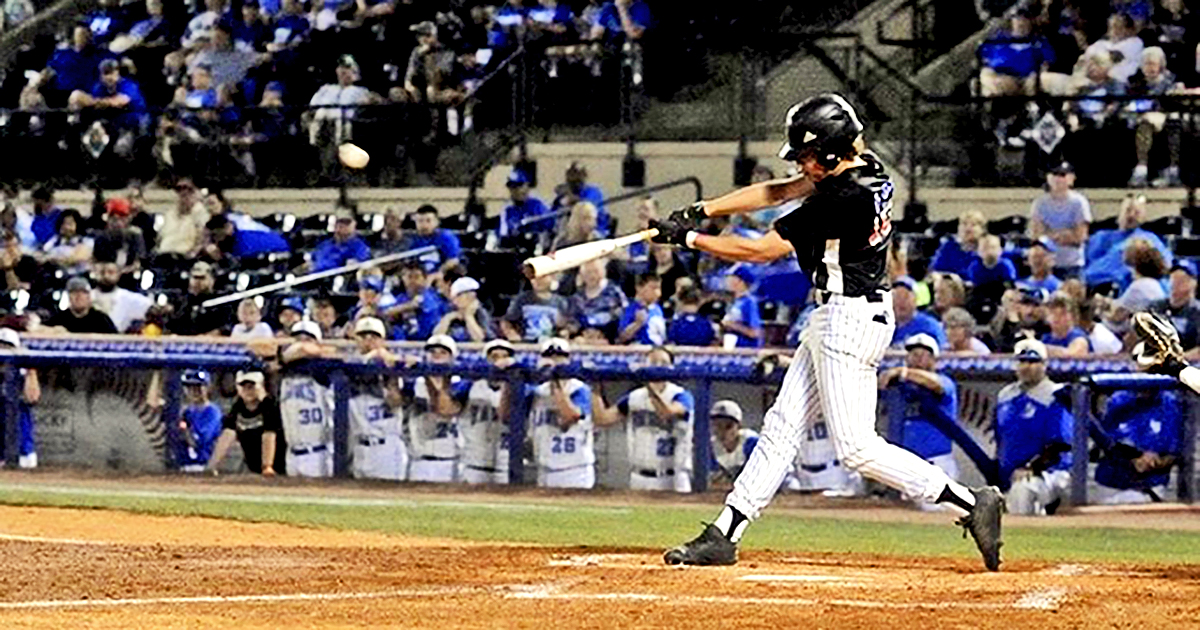 Grant Hotchkiss is the son of Gordon and Amy Hotchkiss and the youngest of three siblings. Hotchkiss said, “I can’t thank the people of Boyle County enough.” (Photo submitted).

Grant Hotchkiss, a 2020 Boyle County graduate, achieved more than the average high-schooler both in and out of the classroom.

Hotchkiss is the son of Gordon and Amy Hotchkiss and the youngest of three siblings, the others being Griffin and Abbey Hotchkiss.

Playing and starting in multiple sports has become a rarity among high school athletes. For athletes who want to continue a sport at the collegiate level, it is difficult to branch out and compete in any others. Hotchkiss however, mastered his craft in three different sports.

Hotchkiss participated across three different sports in high school: baseball, basketball and football, earning tons of playing time and starts in all.

The success has always been there for Hotchkiss, as a sophomore he was a part of the Rebels state champion football team, even scoring two rushing touchdowns throughout the year.

On the basketball court, he started four years, with a career average of over 10 points per game. Hotchkiss shot the ball well and played a key role each season. He won a district title with the Rebels basketball team in 2017.

While being successful in basketball and football, it was on the diamond where Hotchkiss made his biggest mark. But even in baseball, he was a player with range, playing both in the infield and outfield while hitting from the left and throwing from the right.

In his first season as a Rebel, he helped the program win a district and regional title. It was a great start to what his high school career. He helped the team repeat as champions the following season, a season were he began to start many games and played a bigger role.

The 2019 season was a tougher one for the Rebels, with no seniors, but with a eight juniors, there was a lot of promise. Hotchkiss and the rest of the team ended up with a solid record, but were beat out in the district final against Danville. His final season was cut short due to the COVID-19 pandemic.

Even if baseball was the sport he is known for, Hotchkiss loved his time playing every sport. He just loved being a part of the Rebel culture, and is thankful for the help he received throughout his career.

“I can’t thank the people of Boyle County enough. Being the new kid as an 8th grader, I thought it would be very difficult to transition but it was the exact opposite. Everyone treated me as if I had grown up with them and I am forever grateful for that. I am most thankful for My lord and savior, without his actions I wouldn’t be able to accomplish anything.”

Hotchkiss is also thankful for his parents. He said he truly believes he wouldn’t be the player he is today if it weren’t for the community around him.

“My teammates have helped form me into the person I am today,” he said. “They took me in as a brother and those relationships will last forever. I love all of the teammates I have ever had. The coaches at Boyle County are unlike any other, they didn’t treat me any different and that allowed me to be successful. The entire staff at Boyle County is Great, and I am thankful for every teacher and staff member at Boyle County.”

It was heartbreaking for Hotchkiss when his final season of baseball was cancelled. But because of his performance in earlier years and off season activities, he earned himself an opportunity to play at the next level. To make things even better, he will be competing with the best of the best at the NCAA division 1 level. He committed to the Wright State Raiders in late April 2019, so he’s had a lot of time to get familiar with his decision, and has made the most of it.

“Being a Raider is more than being a student at Wright State, it is a family that I can’t wait to be a part of,” Hotchkiss said. “The love that they show to everyone was what caught my eye the most. Their loyalty is something I am very thankful for. Even after all of my injuries, they still showed that they cared about me and that is what helped me make my decision the most.”

He has been in contact with the Raider program since his signing.

Hotchkiss said he is thankful for the support they have shown him.

“The staff at WSU is awesome, the coaches are some of the best men I have ever met, and I know they will help me grow in the years to come,” Hotchkiss said. “The team is very accepting and everyone is a brother, I haven’t met many teammates but from the teammates I know, they define the program, a family.”

With his high school career all but wrapped up, it’s safe to say that Hotchkiss had a great one.

The Boyle County community can still stay in touch with his success since he will be competing at the highest level.

Hotchkiss values his education just as much as his sports, and he tells me that he will be pursuing a degree in finance and accounting.

Hotchkiss left his mark on the Boyle County Rebel program.

As a Raider, he looks forward to making a mark with Wright State as well.