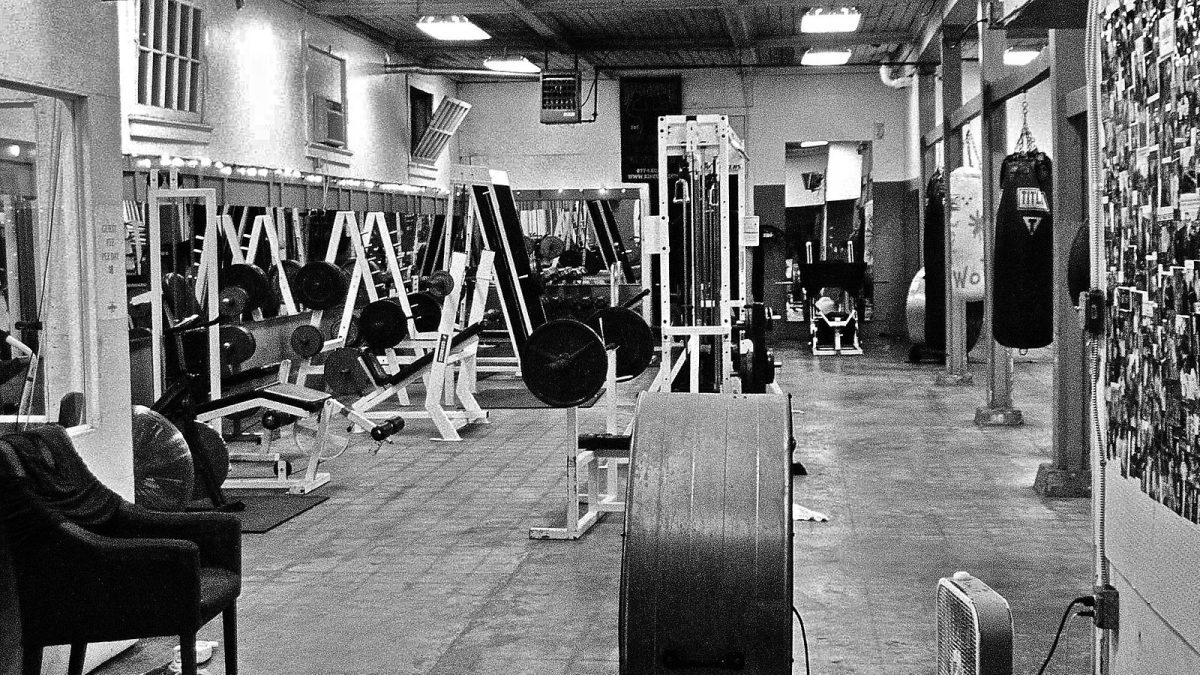 This time of year, high school weight rooms are normally packed with student athletes conditioning over the summer for fall sports, but that has been cut short with COVID-19. (File image).

In this trying and difficult time the lack of high school athletics has been disheartening for many. Many student-athletes across the country lost their opportunity to play sports this spring and for the seniors, they will never get that opportunity back.

It is undeniable high school athletics can enhance a student’s adolescence through competition, activity and the fun of playing a game with their friends. The same can be said for the high school student athlete’s life. Sports are equally beneficial in fostering a sense of entertainment for fans, often contributing to the solidarity and culture of each community.

The Mercer and Boyle area has a history rich in athletic achievement. It is a commonality among all fans that sports be brought back as soon as possible. In this area, the gratification of watching your local school compete and the joy in victory is essential in bridging the gaps between demographics to bring a community together.

“There are three things that everybody in town can tell you—who was born this week, who died last week and when was the last time they were in a state championship. We feel like we are a contributing block to getting the normalcy back,” said Julian Tackett, president of the Kentucky High School Athletic Association.

Clearly COVID-19 has made group sports an unhealthy avenue for competition, but with the instruction of the KHSAA, and the promotion of cautious safety standards by local coaches and athletes, high school athletics will continue this fall.

Do not expect this fall sports season to be traditional. If the normal activity or standard procedure of any sporting event is deemed unsafe in any way, then COVID-19 would force it to be altered.

“We have to consider that while 2020 fall won’t be a completely blank whiteboard, we’ve got to erase most of the past and we’ve got to look at what’s different,” said Tackett.

Gov. Andy Beshear addressed the issue during a briefing on Friday, May 22. Beshear said youth sports can begin small group practices beginning June 15. Beginning June 29, sports considered to be “high touch”(which includes football and soccer) may begin non-competitive practices, but the KHSAA has the final say and they are expected to release a statement in the coming days. There was no information given by Beshear regarding competitive play.

Many local coaches and athletic directors are prepared to do whatever it takes to provide a safe and healthy environment in which their athletes can continue to play the sport they love with as little interruption as possible.

Despite the lack of action on the field, court or course, local coaches have been just as busy, and because of these limitations, most coaches have begun to prepare for the upcoming season in unconventional ways.

During this extended dead period players cannot receive instruction from coaches in person, so David Buchanan, head coach of the Mercer County Titan football team, is preparing for the upcoming season by communicating workouts to his players via applications on smart phones.

Frequent communication over the phone and workouts compiled by strength and conditioning coach Josh Painter are the main sources of instruction available to Titan football players.

“The thing that is different about it right now is—you know normally we can hold our guys accountable for their workouts, but right now the accountability is going to be when they all get back. That is when we will see what they’ve done and what they haven’t done,” said Buchanan.

However, the disadvantage of these restrictions is evenly distributed across each program in the state, and Coach Buchanan believes the programs that handle this situation the best will have the most success in 2020.

Clay Clevenger, head coach of the Danville Admiral football team, is in the same boat.

“I don’t think we have done anything special that sets us apart. There is only so much you can do when you go months in a dead period. We have done a few Zoom meetings etcetera, and you hope the kids are staying as active as possible, but there is no way to truly gauge that,” said Clevenger.

Whether this extended dead period hinders the progression of the athletes’ conditioning or performance in preparation for the upcoming season is an issue for coaches.

Summer also gives incoming freshman the opportunity to learn the program, the plays and what is expected of them. Lack of pre-season play and practice over June and July may leave coaches with a harder job in the fall.

Stark is very confident in the dedication of his student-athletes and is sure that they will pick up the pace as soon as the KHSAA allows practice to begin.

“I feel like our team is definitely eager to get things going for the fall 2020 season. I know they will be ready to train hard in preparation for the season once we are allowed to do so safely,” Stark said. “It’s too early to speculate whether the overall level of play this year will be better or worse. If teams have adequate time for preseason training prior to games being played, I would expect the level of play to be at the level it has always been.”