Stephens: ‘It Was A Fun Experience Even Though I Came Up Short’ 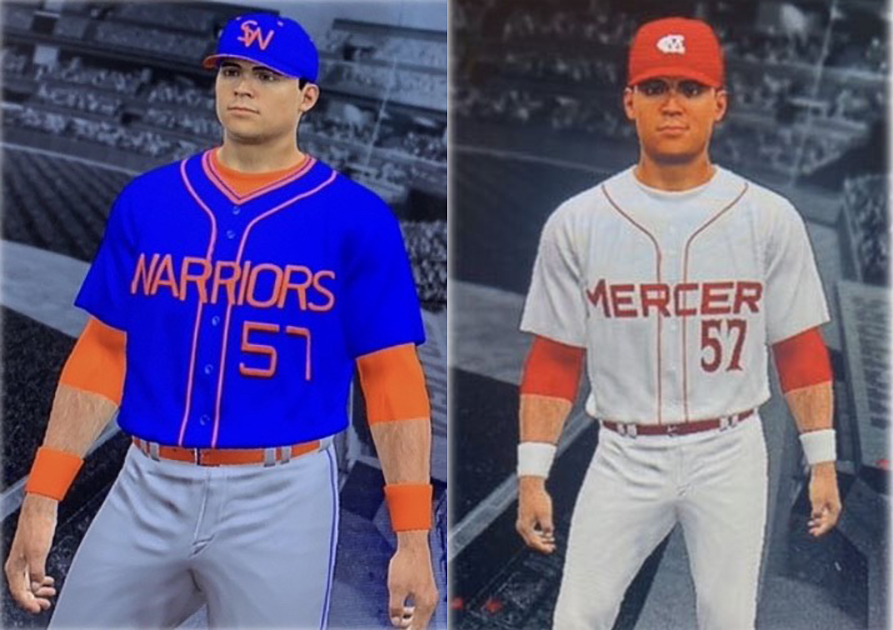 Despite an early exit in the regional tournament, the Titans are still winners with all of the fun they had together. (Image: The Harrodsburg Herald/Spencer Moore).

Starting lineup for Tyler Stephens and the Mercer County Titans

Starting lineup for Tyler Stephens and the Southwestern Warriors

After losing in the District Championship against West Jessamine, Tyler Stephens and the Titans redirected their sights on a different prize, the 12th Region Title. Their draw for a first round match up was 48th district champion, the Southwestern Warriors. The Warriors fought tooth and nail to win their district, so Stephens knew that this would be a tough matchup for sure, but also one he would look forward to. He said it was just another game to him and that he’s happy he has the ability to compete in a tournament such as this one.

The game began with a first inning similar to the Titans’ district title game. The familiar sight of watching the ball soar over the fence was one that Stephens did not expect. He admitted at the beginning of the stream that he was nervous in the first game, and had more confidence in his performance in this match up. But with confidence or not, he still would have some major work to do. He gave up two 2-run home runs. After finally securing the third out, the score at the end of the first, 4-0 Warriors.

Warriors pitcher Chris Sale carried the batting success over to the defensive end by striking out the first two batters. Nick Madrigal would eventually secure the Titans first hit of the ballgame, but would be left stranded just two pitches later after a nice play by Warriors short stop Trevor Story.

Despite not putting up any runs, the Titans fought back with their defense. Lazardo quickly threw a strike out and then pitched to a pop out to right field. Two batters were walked but before the warriors could do anything with them, the Titans secured the third out.

The third inning was a yet another good one for the Warriors. With some excellent defensive and then solid approach at the plate, the warriors added two more insurance runs before the Titans could put a stop to their run. At the end of three, the Warriors lead 6-0, a lead that began to look insurmountable for the Titans.

Leading off for the Titans was heavy hitter Alex Bregman, who on the first pitch launched blast over the center field wall, giving the Titans their first run of the ballgame. Three consecutive outs ended their half inning, but there was certainly some potential for a Titan comeback. With life finally in them, the Titans shut down the Warriors in the bottom of the fourth. Three great plays in a row made it look exciting and feel just the same. The score may have been 6-1, but to the Titans, it felt like a brand new ball game. Joey Bart was the kickstart in the excellent defensive fourth inning. By the start of the fifth, he had already stopped 7 passed balls something that if didn’t happen, would have made this game much uglier than it was.

The fifth was another dry one for both the Warrior and Titan bats. They each acquired two more hits, but leaving both runners to dry, setting up an important final two innings. At the end of 5, the Warriors still lead 6-1.

Alex Bregman lead off the sixth inning, and just as he did in the fourth inning, he launched a first pitch homer in over the center field wall. There was not another hit for the titans in the 6th, but they knew they had to attack and fast. Three up and three down was the story for the Titans defensive. It was time for the 7th. Stephenson had four runs to make up, or his run in the virtual tournament was over. Southwestern Representative Pumphrey brought in Mariano Rivera to close. The Titans got one runner on, but just when it looked like the Titans had pieced it all together, they struck out in three consecutive at bats, putting an end to the first match up of the 12th Region tournament, and Mercer Counties Run.

Pumphrey would eventually lose in the next round of the regional tournament to the powerful Danville Admirals, but their success throughout the tournament was great, especially having the district title to their name.

For Stephens and the rest of the Titans ball club, the outcome of the tournament in no way diminished the fun they had. Rallying with each other in ballgames like this is something that will always be missed, especially for the six seniors who had their final season canceled. Before the tournament began, Titans head coach said on multiple occasions that this tournament is for the kids. Win or lose it’s all in good fun.