Baxter: ‘I Really Appreciate All The Work That Logan Has Put In Not Only For The MLB The Show Tournament But Also This Season’ 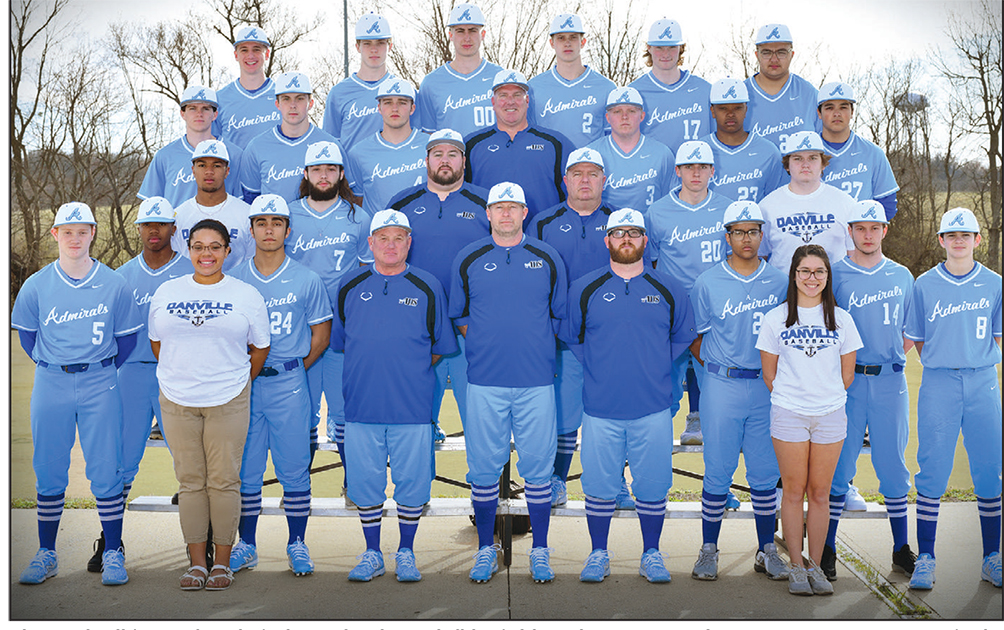 Starting lineup for Logan Smothers and the Danville Admirals

Crosstown rivals met once again for a shot at the title. This time though, it was for something bigger, the regional title. The Admirals took home the first title match between the two ball clubs in a 12-6 slugfest. It was only the second game of the entire series, so Carter had time to refine his game before this match. In the first round of the regional tournament, he saw a dramatic increase in production both offensively and defensively. He threw a no hitter, as well as having two guys on the team hit 3-3, Reggie Jackson even hitting two home runs.

Smothers, representing Danville, continued his high powered offensive approach as well. Heading into this game, he averaged over 10 runs a game and had hit over 15 homeruns in just four games.

Not only did he continue to dominate offensively, but he also shutdown his first and second round match ups defensively as well, allowing allow one run.

Both teams would have a tough task, but the fight would all be worth it with a championship on the line.

In the first match up between these two powerhouses, the offensive game was rolling, with hot stretches by both teams. However the first two innings of the latest game, there wasn’t a single hit until a Gary Sanchez single with two outs in the bottom of the second. Then it all clicked for the Admirals. One pitch after the Sanchez single, Joey Gallo smashed a two run shot over the right field fence. Three pitches later, Eddie Matthews hit one in the same exact spot. Within five pitches, the Admirals had a 3-0 lead. Ethan Carter and the Rebels knew needed to get the bats going quickly, or else this one could be too far gone.

On the mound for the Rebels starting the third inning was relief pitcher Luis Patino, who looked promising out of the gate, but gave up a screaming double by Sandberg and then later a two run homer by Torres. The power of the Admirals has carried them through each game. While still performing well, defensively, their story has been the 15 home runs they hit entering the game. It’s tough to lose with power as dominant as that.

It was a three up and three down inning for the Rebels in the fourth. Ortiz hit a fly ball that looked like it had the distance, but was caught at the warning track. Newhouser then threw two strike outs, ending the top half of the fourth.

The Admirals have not been known to slow down once they have a big lead. In an effort to stop their firepower, Carter subbed in another reliever, this time Taylor Rogers. Leading off in the bottom of the fourth was Sanchez, who worked into a 3-2 count before smashing a homerun into left field. The Ads then pick ed up three more singles in a row, with one runner scoring to make it a 7-0 ball game, but leaving two more runners on base. This set up the perfect opportunity for Juan Soto to end the ballgame. Soto had previously been very quiet in the game, going 0-2, but when Rogers left a pitch hanging over the plate, Soto sent a no doubter into rightfield. The score had hit 10-0 meaning the mercy rule applied once again for the Admirals and that they had officially won the 2020 12th Region Virtual Championship.

It was an exciting tournament for all participating ball clubs. Boyle, despite coming up short, had a huge rally to make it to the final game. The tournament meant a great deal to them because they had so many seniors preparing for their biggest year all for it to be cancelled.

Danville had one senior on their roster this season, Hunter Baxter, who is very thankful for the tournament taking place, and proud that he was a part of the winning program.

Every senior should be proud of the hard work they have put in for themselves and their schools. A virtual tournament may not be the way they ever could have expected to go out, but the unity displayed by the athletes of the 12th Region is one that many of them will never forget.

Boyle player of the game: Didi Gregorious: 1-2, 2B