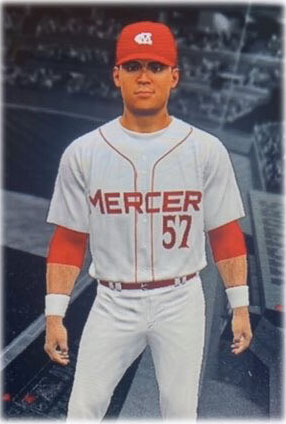 Tyler Stephens and the Titans virtual baseball team will regroup and prepare for an important Regional first round match up. (The Harrodsburg Herald/Spencer Moore)

Over the past two weeks, the 12th Region high school baseball teams have played in a virtual tournament to determine 2020 district champions as well as the overall region champion.

Many teams in the region joined the tournament, which created even more competition for the teams and their players. That’s something baseball fans in the region have been missing since the season was put on hold.

After the creation process and lineup changes for both teams, the stage was set.

The 2020 46th District championship was underway.

Starting lineup for Tyler Stephens and the Mercer County Titans.

Starting lineup for Brady Blair and the West Jessamine Colts

Watching West Jessamine contestant Brady Blair take some batting practice swings before the game on his live stream, it was obvious there was a lot of firepower behind his bat.

Hitting three home runs in just 10 swings showed this game was going to become a high scoring one before it was all over.

However, the first inning was a quick one. Both teams quickly handling each other in less than 20 pitches total.

At the start of the second, the early struggles were all resolved for the Titans. Joey Bart ripped a triple down the third baseline which led to the eventual first run of the ball game. After leaving two runners in scoring position, it was now time for the Colts to strike.

When all things seemed going in the right direction, the Colts exploded with three home runs on three straight pitches. Just like in practice, the Colts were showing their power.

After cycling through several pitchers, the second inning closed thanks to three straight outs from Stephen Strausburg.

Doing his best not to be discouraged from the offensive explosion, Stephens led off the top of the third with two hits, one of them eventually scoring, pulling the Titans back within one.

Though Strausburg finished the second strong, the third inning started off with a first pitch blast from the Colts. This would be one of two runs scored in the third for the Colts, making it a three-run game once again.

At the end of the third both teams had five hits each. But the score still read 5-2 Colts.

At the end of the fifth inning, the score ballooned to now 8-2 Colts. Six home runs made all of the difference on the scoreboard.

In an effort to make a comeback, the Titans shut down the scoring in the bottom of the sixth.

The rules of the tournament were for seven inning games, just the same as the typical KHSAA game. In order to win, they had to score fast.

However, the game ended with three groundouts in four pitches.

Brady Blair and the West Jessamine Colts are the 2020 Kentucky Baseball 46th District Virtual Champions. Both teams will now move on to the regional tournament, where they will compete for a bigger title.

In regional play, the Titans fell in their first-round matchup to the Southwestern Warriors on Monday, May 4.

The Colts played Tuesday, May 5, at 6:30 p.m. against the McCreary Central Raiders. That score was not available by press time.