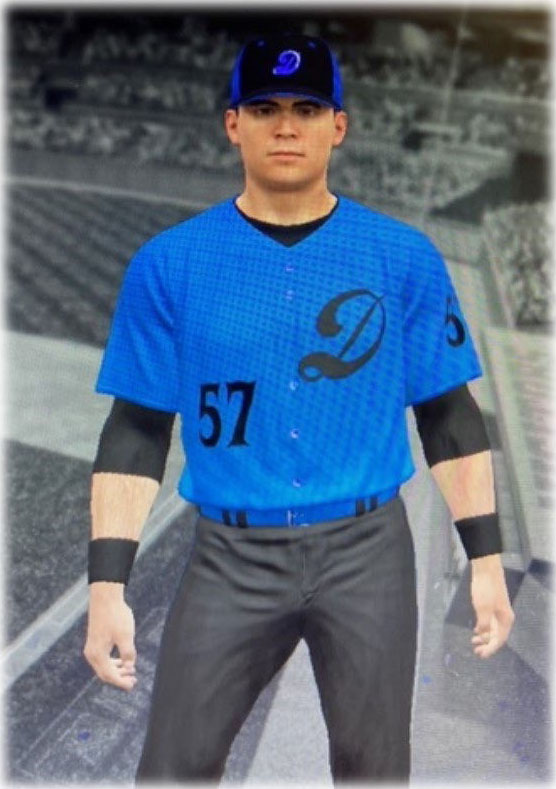 Starting lineup for Ethan Carter and the Boyle County Rebels

Starting lineup for Logan Smothers and the Danville Admirals

In the first round of the 45th district tournament both of the Danville Admirals and the Boyle County Rebels dominated their way to the championship round. Both teams put up nine runs, the Admirals shut out their first-round opponent.

They each have an electric offense, which set the tone for the big game. With the Rebels and the Admirals being crosstown rivals, there was sure to be a show for the online audience and both teams more than delivered. Despite the rivalry between the two, each contestant knew that this was more than just a competition. Two talented ball clubs had their seasons stripped away at the hands of the COVID-19 pandemic. Many of the players are seniors. This virtual tournament was created to unify everyone in the 12th region, as well as give one more chance for these players to have a shot at glory.

The first pitch of the game was a promising one for the Rebels, with Mondesi ripping a single past second base. Danville would commit two errors in the first inning which helped the Rebels bolster their lead up to three before an Ethan Carter pop-out ended their half inning.

Boyle didn’t slow down their hot start, shutting down each of Danville’s first three batters to end the first.

To start the second inning, the Rebels pitcher Vida Blue along with Gregorious hit line drive singles, setting up an easy scoring situation which was eventually squashed thanks to an Admiral pitching surge.

The comeback was quick for the Ads. In the first three pitches, they hit three home runs, tying the ball game.

Rebels pitcher Blue lost his touch. He walked a batter and then gave up a one pitch single, giving Carter no choice but to bring in pitcher Andrew Miller who allowed one more run before the inning was over.

The Rebel offense regained its stride in the third. The game was expected to be high scoring, so Carter knew this game was far from over. Gallo blasted a two-run home run with just one out to give the Rebels the lead yet again, then they added an insurance run with a Ryan Zimmerman double.

Taylor Rogers was brought into the game for the Rebels who allowed two big Admiral hits, but later recovered with three straight outs.

The trend of severe highs and lows continued in the fourth, with Danville’s turn to take over. With two outs, in the bottom half, Matt Olson hit a solo shot which was followed by another run batted in by Mondesi.

The game was all tied to start the fifth. Both teams knew it was make-or-break time with just two innings left to play.

The Rebels managed to get two runners on base, but then struggled to do anything with them once there.

The Admirals kept their run going. Sanchez launched his second home run of the ball game which gave them a one run lead. That was then followed by six straight base hits. The Admirals were breezing by. The score at the end of 5 innings, 11-6 Ads.

It was a three-up and three-down struggle for the Rebels batters in the sixth. While on the other hand, the Admirals padded even more to their lead with yet another Sanchez home run, his third of the ballgame.

The district championship was now just three outs away for the talented Admirals ball club. But the Rebels weren’t going down without a fight. Jackson started the inning with a single past the shortstop but was quickly diminished in an impressive double play. The Rebels garnered two more hits with two outs, but it was all too late. A Stanton popped out to center field and sealed the deal for the Smothers and the Admirals. They are now the 45th district champions. Both teams moved on to play in the regional tournament.

Danville played in the first round Monday against Somerset, the same team that eliminated them last year in the championship. Danville won 11–1.