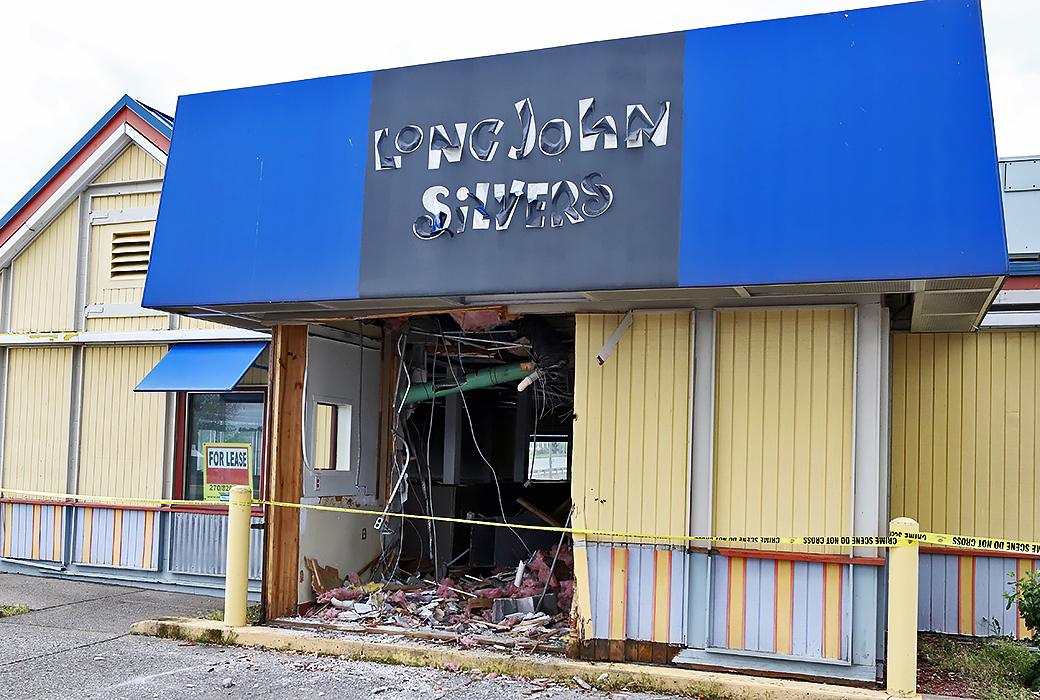 Police believe the man who drove a pickup into a closed restaurant was suffering a medical emergency at the time.

The Harrodsburg Police Department received a report at approximately 8 p.m. on Tuesday, April 28, that someone had driven into the closed restaurant at Beaumont Plaza.

According to HPD Public Information Officer Akio Tonge, when police arrived, they found the driver trapped in the vehicle. Tonge said the driver, who has not been identified, was drifting in and out of consciousness.

The Harrodsburg Fire Department helped extricate the driver from the vehicle. He was taken first to Ephraim McDowell James B. Haggin Hospital for medical treatment, then to UK Medical Center in Lexington. The man remains at UK. Tonge was unable to provide any details as to his present condition.

After talking with the driver’s family, police believe he ran into the restaurant after suffering a medical emergency.