Stephens:’I Hope To Bring Us Home Some Virtual Gold’ 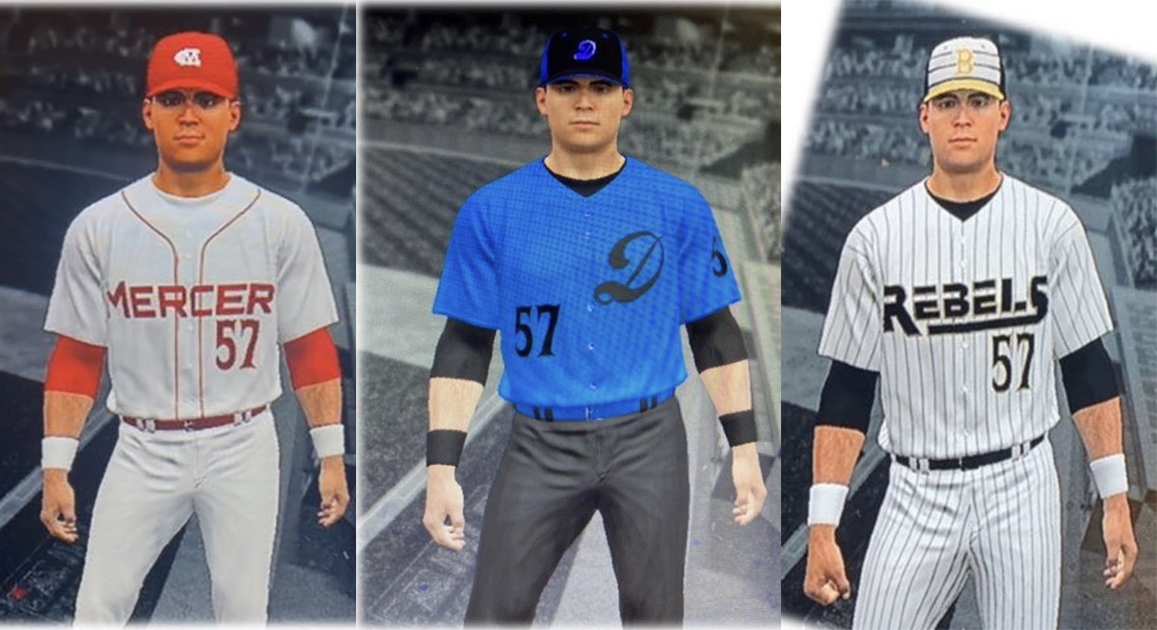 Baseball teams are preparing to slug it out online in a virtual tournament. (Image submitted.)

It is undeniable that the cancellation of spring sports has saddened the entire sports community. Coaches, players, and the players themselves have been deeply affected for having their season taken away. For many, their last.

But with a large act of faith, the season still isn’t quite over for 12th region baseball programs.

Together, many teams in the region have constructed a district tournament schedule for all the virtual teams to compete for a title.

The games will be played on popular baseball video game MLB The Show in its Diamond Dynasty game mode. In this mode, you can create your own team, roster and fully customized uniform. The roster will be filled with MLB players the representative will select. To ensure fairness amongst the teams, the overall talent level must be below an 88.

The creativity will be on full display. Not only have they taken the time to piece together a full schedule with times and streaming service which will be later announced. But there has been extensive customization to make each team look as though they would in their own uniforms.

The coaches are widely excited about the opportunity this gives to everyone involved with the programs. After all this is to give these kids one more chance this year to compete.

“It gives the kids and coaches something to rally around and have fun with. I think it will be great,” Horn said.

The player representing the Titans will be none other than senior Tyler Stephens.

Stephens has played baseball with passion for most of his life. He has represented the Titan community very well and was heartbroken when the news broke that the season was over.

Stephens was excited to make a huge push this season. Due to unfortunate injury, he missed the entirety of his junior season. He is a big competitor and was excited to get this season started. Now because of this tournament, he will still have a chance to compete with the region one more time.

“This tournament will definitely mean a lot to me for being the representative,” he said. “Especially where I missed last year, I didn’t get to experience the exciting region walk off, it gives me at least one more chance to compete in region. Also, I’ll be competing for a district championship Thursday, so I’ll do my best to bring it home again.”

Win or lose, Stephens and the Titans will be excited to have friendly competition with district and regional opponents.

Many of the players are still somewhat new to the game but have trained hard to get better at it before the competition starts. As natural competitors, each representative has confidence in their own ability as baseball and video game players.

Stephens was unsure what to expect heading into the district championship against the West Jessamine Colts, but he said he was ready to play.

“I’ve never played the diamond dynasty mode on any other MLB game, but I don’t think my team this year is bad at all,” he said. “I’ve been grinding my best to get good players and upgrade them, anything I can do for my team. Me being a catcher, when it comes to game time, I feel like my strengths will be pitching to hitters. I’ll kind of play it like real life where I would be calling pitches in certain situations, depending on which side they bat from, runners on, outs. It will all just depend the situation. But hopefully my bats can turn on too.”

The online link will be posted before each game to give the community a way to watch. Win or lose for any team, the memories made throughout the tournament will be invaluable. While it might not be the end of season tournament they wanted or expected, everyone will be thankful for the 12th Region community coming together.

Below is the full game schedule along with a list of each schools representative.