Tribble: ‘The Excitement And Buzz That CU-Harrodsburg Has Created Is Phenomenal’ 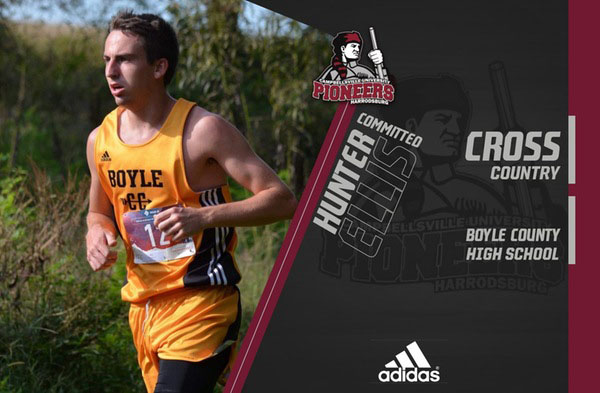 The cross country team at Campbellsville University-Harrodsburg is excited for the new season. (Image submitted.)

It has become undeniable that the Campbellsville University-Harrodsburg athletic program, as well as the whole school itself, has made tremendous improvement. For being so new, there has already been a lot of excitement and is giving many local athletes a reason to stay close.

One of the many programs introduced so far for the Pioneers has been the Cross Country program.

The pioneers were happy to announce the hiring of Head Coach Brian Tribble when the decision was made, and for good reason.

Tribble loves the sport, the school, and more importantly, the student athletes he is taking under his wing.

“For this institution and for me personally, it is extremely special to be in position to highlight the wonderful people of Harrodsburg and this tradition filled community.” He said. Then following by stating,

“Campbellsville University-Harrodsburg has put me in a position to help student athletes achieve their dreams of attending college and obtaining a degree while staying close to home and continuing the competition of running, so I’m blessed and ecstatic beyond measure for my continued role to lead and develop runners from this community and the state of Kentucky.”

Being thankful to lead others careers is something that the Pioneers value most, which is largely shown in Coach Tribble.

Whether it’s on the court, field, track, or classroom, the Pioneers and Coach Tribble want nothing but the best for their community.

“It’s the mission of CU-Harrodsburg to make these local areas are main recruiting pipeline to ensure everyone in this area has a pathway to college, even if they aren’t athletes.” Tribble said.

But now there is even more coming in. With progression comes more recruits and that certainly proved true with the local talent brought in by Tribble in this years class.

Tribble had this to say about his local recruits and his excitement for their arrival,

“The entire area of Harrodsburg, Danville, Lincoln County, Burgin and all areas in between has truly become a “Hotspot” for me and my cross country recruiting! Signing Local runner Cody Curtsinger from Mercer County High School was a huge addition to what the Pioneers are working to build in this community. Cody is an experienced runner with a level of potential that has no ceiling or limits! He joins a talented roster of recruits to include Boyle County High school standout Hunter Ellis who is a very poised and proven leader on the course. And we recently added another runner from around the corner so to speak, in Daniel Pence from Lincoln County High School who will have an immediate impact with his strength and endurance”

There is a lot of positivity surrounding the program and it’s only getting started. For these incoming athletes, there will be a lot of hard work put in. Barring the event that the season can’t start in the fall as it should, there will still be nothing but optimism from Coach Tribble and his runners.

I asked him how the team will prepare for the upcoming season despite the current state of social distancing. He responded by saying,

“As Cross Country runners, we have the ability to get out and run by ourselves, which is how most runners prefer it anyway, so the training for collegiate level cross country runners is going to continue despite the virus with some new workarounds.”

Coach Tribble also has met with his team through online video calls to prepare the athletes and stay connected.

“We discussed ways to stay active and stay a “Team United” while separated, which is the “Pioneer Way” to lead through adversity and keep God first in all we do,” Tribble said.

There is still uncertainty, but the fear of the unknown is in no way slowing down Coach Tribble and the roster he has assembled.

“If the season starts on time, starts late, or is postponed all together, the Pioneers will be ready when the starter pistol goes off,” the coach said.