Sparrow: ‘We Have High Expectations’ 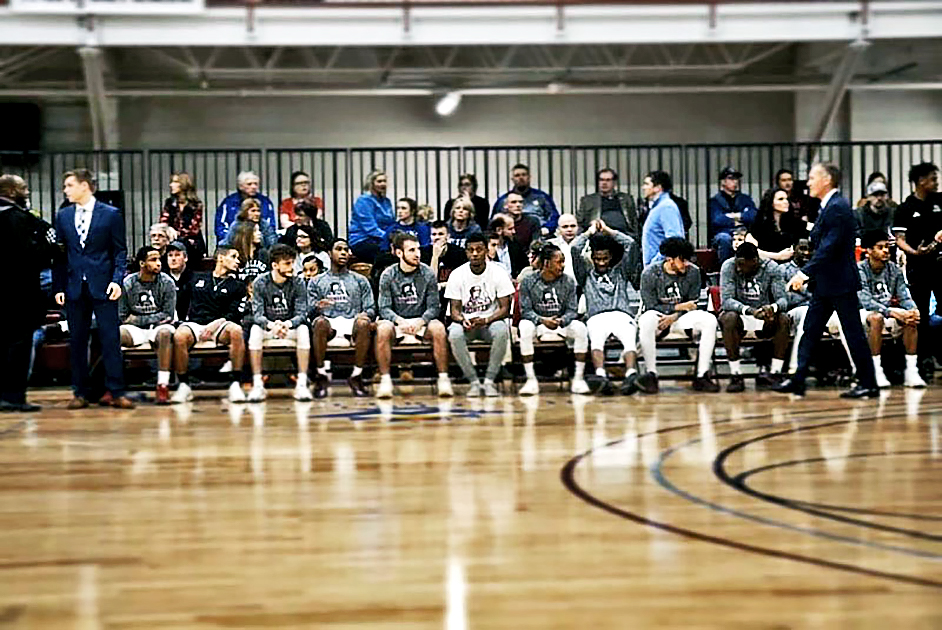 The Pioneers hope to build on their first season.

For any new basketball program, a slow start is usually expected. Especially at the collegiate level. But for the Pioneers, it was the finish to the 2019 season that held them back.

“We started the season off 4-1 ranked 10 in the country and we went through a couple rough outings and it really tested our growth as a unit.” said Head Coach Austin Sparrow.

The season finished with an 8-18 record. Which might look unpleasing on paper, but in reality 11 of the losses were by 10 points of less.

“We’ve got to learn to close the door on the other team next season.”

Not only were the games decided so closely, a few of the losses last season came at the hands of opponents in divisions all the way up to NCAA Division I.

It is a unique experience that not all athletes will experience and creates a huge stepping stone in terms of improvement after competing with that level of opponent.

“Our program has an amazing opportunity each year to travel to Louisiana to play against to NCAA DI opponents during our academic breaks,” Coach Sparrow said about last season’s trip to Louisiana. “This trip last season, was an awesome opportunity to see how we stacked up against some of the best competition in the country. We loving using these games as a measuring stick to show our players how much we’ve improved and what we need to continue working on for the rest of the season. As a coaching staff, it gives us an opportunity to network with coaches all throughout the NCAA and the opportunity to check out how the D1 programs are making their program standout.”

Overall the experience will advance the team going forward, which is vital for a roster with so much youth.

The Pioneers were extremely young. Meaning that every success and failure, had to be used as growth. The team knew nothing would be handed to them, so they had to work for it.

“As a young program and coaching staff, we had to figure out what coaching college basketball was truly about and the ways to be successful during the season.” Sparrow said.

The Pioneers will retain 84% of their roster this upcoming season, giving another year for the roster to truly mesh with each other.

The potential is truly sky high for each one of these players. With the attitude they have in and out of the classroom, hard working mind-set, and the coaching staff around them, 2020-2021 season is looking like a breakout one for each of these Pioneers.

Along with the players returning will be the exciting recruiting class the coaching staff has pieced together.

As of the beginning of April, the staff has signed two future Pioneers. Terrence McDaniels Jr. from Ballard High School being one of those recruits along with Caleb Burrows from Gaillean Christian Academy. Here’s What Coach Sparrow had to say about each recruit so far,

“Terrence McDaniels Jr. is a 6’5″ forward that will bring much needed depth to the Pioneers in the front court this season. McDaniels will join former Ballard alumni in Tyrese Duncan, Tyron Duncan and Antoine Darby. He will bring 3-point shooting, scoring, rebounding and versatility to our roster next basketball season. Another commit that we are excited about is Caleb Burrows from Galilean Christian Academy. Burrows is coming off his best season yet for the Galilean Christian Academy, averaging 25 points and five assists in his senior campaign. 6’2″ Burrows is as impressive with his efficiency as he is his averages. His senior campaign boasts a 80% average from the free throw line and an impressive 70% field goal percentage from the NCSA. Caleb’s performances during his time with Galilean Christian earned him National Player of the Year honors with the NACA. Caleb has great vision, athletic ability and is willing to be coached each night. He is an outstanding young man that has all the intangibles we are looking for to continue building our program.”

There will be a lot of turning heads come next season. Unlocking untapped potential and utilizing key recruits will play a huge role in terms of success. No matter how bad things got in 2019, everyone with the team knew, they were just laying the foundation for bigger things to come.

“We learned so much from our failures this season and our players had an excellent mind-set of “taking mental notes” on what it takes to be a consistent and dominant team this next season.”