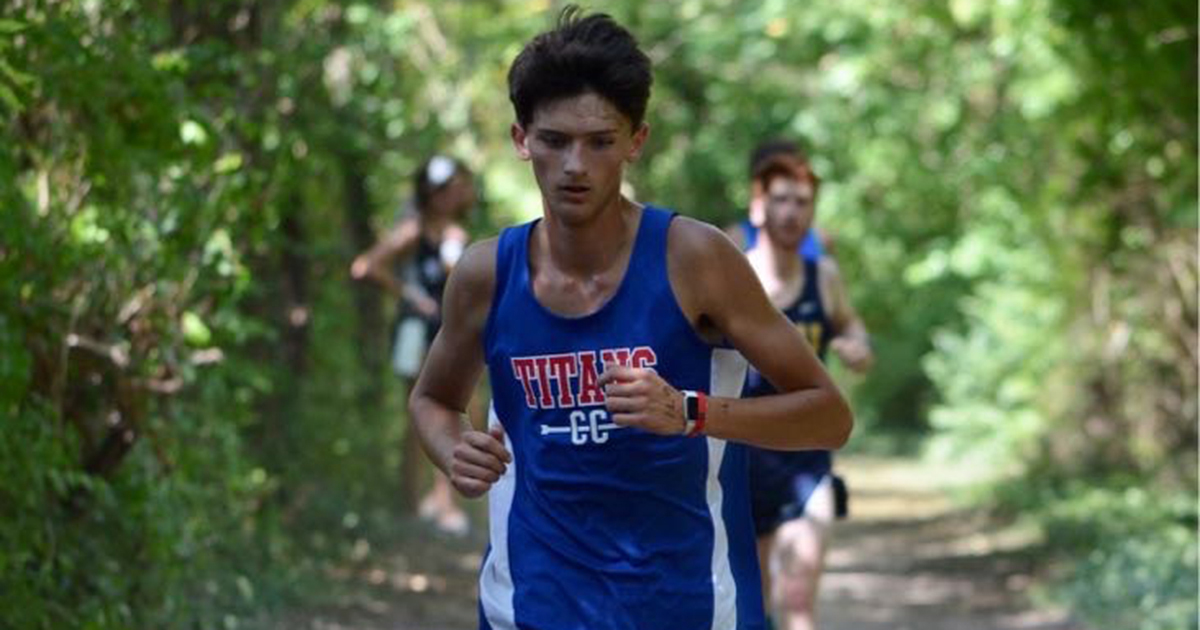 Cody Curtsinger is excited to join the Campbellsville University-Harrodsburg cross country team and wear the maroon and white for the Pioneers. (Photo submitted.)

Campellsville University—Harrodsburg picked up yet another local talent to build on an impressive resume of recruitment.

“Being able to join such a new program is going to give me an opportunity that no one else will get,” Curtsinger said. “I personally have started to reach out to my newly joined teammates to see what I can potentially bring to the table.”

He was asked what he will provide for the program.

“I think that I will be bringing a whole different type of dedication to this sport and with my hard finishes and speed, I will push my teammates too.”

Curtsinger said he is thankful that not only can he continue running, but can also do it close to home.

Along with the other Titan athletes who have commiteed to CU-Harrodsburg, Curtsinger has nothing but good to say about the program and the community they’ve grown up.

Family means a lot to Curtsinger, which makes it even better that the campus is only a few minutes away from home.

“The campus being four miles away from home was a game changer. I didn’t want to leave the state because and wanted to be close to home,” he said.

Curtsinger will also be close to his other family, the Titan track and cross country team.

He is thankful for all of the hard work they’ve put in to keep him going.

Curtsinger’s dream was just to keep on running. The Mercer County coaches and staff made sure that with his hard work, they could bring this dream to fruition.

“Being a Mercer County Titan is not giving up on yourself, your coach and most importantly, your family,” he said. “If none of them give up on you, why give up on them?”

As hard as his coaches my have pushed him, his family pushed him too.

“My family has been the biggest impact on me,” Curtsinger said. “My mother has begun to run again and my family is very interested in what I do, even though on the surface it sounds very boring to learn about.”

With an upstart program like Campbellsville-Harrodsburg, Curtsinger believes the sky is the limit. He said he is looking forward to running as a Pioneer next fall.