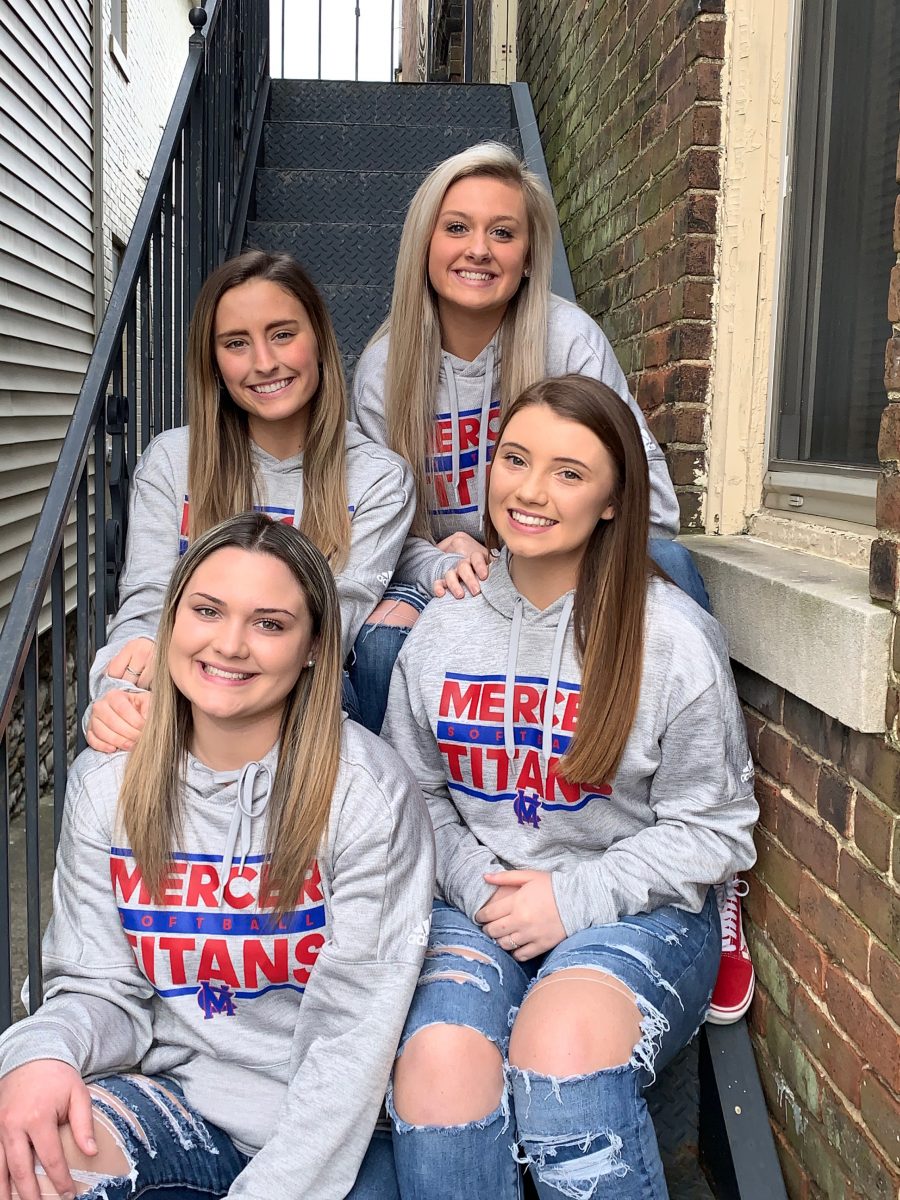 The 2019 Mercer County Titans softball team had an interesting season.

The final record for the Titans was 12-19. It may not have been exactly what the Titans wanted, but they beat a good number of talented teams throughout the year.

The 46th district was going to be a tough one to make it out of, that was known to begin the season. But what the Titans couldn’t have prepared for, was for all of their district games last season were nail-biters.

Every district game the Titans played in last season, the final score was only a four run difference or less. Three of those games were decided by one run.

Unfortunately for the Titans, after previously beating the West Jessamine Colts twice in the regular season, they lost in the first round of districts, 0-4.

The team only had one senior, Emily Rawlings, to eight 8th-graders. So while the team was clearly talented, they were still mighty young.

Prewitt and Blevins did not play last season, but they both believe this is going to be a season to remember.

“I really was looking forward to this season because I took a season off last year as a junior, and I really wanted one more opportunity to play with the girls I’ve grown up playing with,” Prewitt said. “I think our season would’ve been one of the best Mercer Softball has ever had, and I think we even had a shot of going to state if we really worked for it.”

The two seniors who played last year are even more hopeful about this year after having their junior season end shorter than they would have liked.

“Last year, the season didn’t end like we expected it to,” Miller said. “This year, we have grown. We have become the team that could accomplished anything we set our minds to. I imagined we would’ve won districts and had a good chance at regions.”

The players worked so hard. They say the whole team was ready to make a run. And then their season was postponed along with everyone else because of the coronavirus.

“Going into our first game we were all excited and ready to go,” Freeman said. “We had a game on Friday the 13th at Collins. We were all prepared, but we got a text that Thursday saying we wouldn’t be playing, or practicing until further notice because of the COVID-19. We were devastated. Throughout the course of pre-season I definitely saw an improvement from last year. The girls on the team were crushing the ball and looked good on the field as well. Last year we lost districts to a team we had beat two times. I know you all have heard the saying ‘it’s hard to beat a team three times,’ well, at this point in time the quote was legit. There’s nothing I can say rather than they came ready to win a game and we didn’t do our part in making that happen. We were horrible at the plate, any other time we were sending balls over the fence. There was definitely a sense of revenge going into this season. Hopefully we will still get a chance to play again and show everyone what we’ve got.”

Once again, nothing but confidence from the Titans. But this is to be expected.

The Titans are known for their rich tradition in every sport, softball included.

The confidence is always high throughout the team, not just becaue of the winning tradition, but also because of their comfort with each other.

Each one of the seniors discussed their passion for Mercer County athletics, and their feeling of family amongst the rest of the girls on the team. Below is what all four Titans seniors had to say about Mercer County and their softball teammates.

“Being a Titan has meant a lot to me, knwoing how much our school has accomplished in so many sports, it’s just something great to be a part of,” Blevins said. “I will miss all of my teammates very much. Not getting to play this season hasn’t made anything better.”

“Being a Titan has changed my life, I’ve learned so much from the game of softball,” Freeman said. “It’s taught me to be self-disciplined, a good listener and to learn from your mistakes. Being part of this team has been my ‘happy place.’ A place where i can get away from my phone and have fun with my friends.”

The fierce competition on the softball diamond is where Freeman has gone to get away from it all. “In the game I worry about nothing else but doing my best and winning the game,” she said.

Freeman said her teammates are family. “I have been with most of my friends on the high school team since I was nine to 10 years old,” she said. “I’ve known Kynleigh since second grade and we’ve played softball together ever since. Five of my teammates I’ve been with since I was nine. We’ve played summer ball together forever. So our connection is tight, on the field we pick each other up and yell at each other when needed to make us better. Majority of the incoming freshman I’ve already made bonds with. Things I’ll miss after this season is definitely playing the game of softball and my friends and coaches.”

“Being a Titan has had an incredible impact on my life,” Miller said. “I started high school softball as a seventh grader, and it was the best decision I’ve ever made. Being a part of this team, let me get away from the real world. When I was on the mound, nothing else mattered. The field is my getaway. My teammates have always been there for me. Every time I’m on the mound, they have my back. I have played with Leia since I was eight, not being able to play with her ever again will be different. It’s going to be weird not being able to get dressed for a titan game and walk out on that field with some of my best friends.”

“Being a Mercer County Titan has meant so much to me, and I’m not ready for it to be over,” Prewitt said. “It’s good to know that there are so many people on my team who have my back. I think that the relationships on our team are great, but if we were able to have this season, they would’ve grown stronger. I’ll miss everything about the team. I’ll miss softball a lot- it’s the first game I ever really loved playing.”

Certainly there is a lot of sadness for these girls. But there is still most definitely hope.

The seniors have worked extremely hard throughout their entire softball career to get to this point, and would want nothing more than to finish what they started many years ago.

They also have advice for the next generation of Mercer seniors.

“Have fun with your friends while you can,” Blevins said. “It goes by faster then you think.”

These girls have a lot ot be proud of, but for themselves along with the Mercer County Community, they all hope they go out one more time, and play ball as a Mercer County Titan.