Danville Baseball’s Only Senior Is Ready To Play 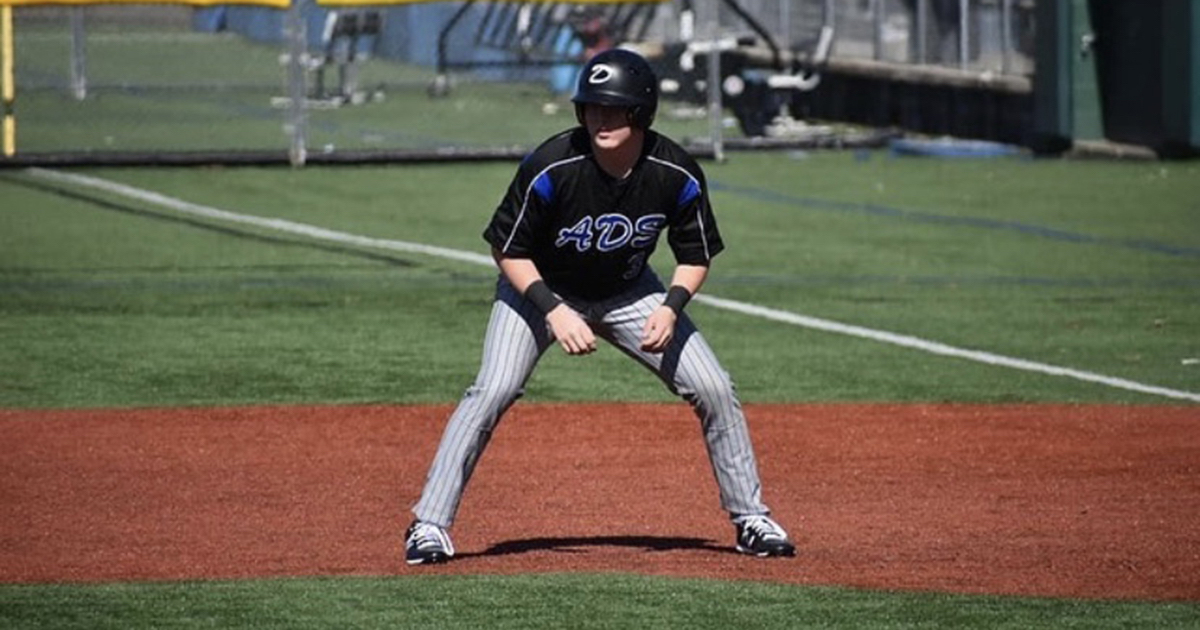 Danville Admirals senior Hunter Baxter has high hopes for himself and the Admirals if the season returns. (Photo submitted).

“Our mindset this season is just to go get it, whatever we want to achieve just go and get it.”

Those are the words spoken from a true leader and Danville baseball’s only senior, Hunter Baxter.

Baxter, a righthanded pitcher and outfielder, has played for the Admirals for five seasons, starting his varsity play back when he was in the eighth grade.

He has a passion for the sport, and has used his athletic skills to advance his baseball career.

Baxter in his junior season had very pleasing numbers, with a .750 winning percentage in four games and 6.00 ERA.

Not only did he help the Admirals go 34-7 last season, but he also statistically performed very well in comparison to many other juniors in the 12th region.

Heading into his senior year, Baxter had already signed with to play college ball for the Georgetown Tigers. But still had unfinished buisness to take care of during his final season.

The bar was set very high for the team and himself. Being the only leader was a challenge, but a challenge he was excited to face head on nonetheless.

He feels his teamates, despite being less experienced, possess the talent to bring home a state championship. So Baxter knew everyone, not just himself, had to be on board.

“In terms of leadership it all started at the end of last season,” he said. “We went out in a way that nobody expected and it was really rough, but I had to realize there were bigger things coming in the following season. So during this fall in workouts and in fall ball we really just had to set a tone for everyone to step up, you know I’m the only senior so my experience will guide them but it’s also upon them to really want to be great too, and I feel that’s what’s different about this team here, everyone wants a state championship more than ever and we are willing to sacrifice ourselves for that.”

The 2019 Admirals unfortunately came up short. They fell in the 12th region championship game to the Somerset Briar Jumpers in a hard fought 9-10 loss.

This in no way discredits the Admirals and their great achievement in that season. Their record, 34-7, was one of the best in the state, along with many impressive wins against top teams all across the schedule.

Baxter and the Admirals knew what they had accomplished was something to build on this year. Instead of holding on to last season’s unfortunate ending, Baxter said he and his teammates used it as fuel for this season.

But they didn’t just want revenge, although that would have been sweet. They wanted a championship.

“Last year was a great experience for me, it was the first time since freshman year that I could play without injury, it was my chance to prove to my coaches and teammates that I’m truly back and that felt good,” Baxter said. “Being 34-7 as a team isn’t something that too many teams across the state really get to do, appearing in the region championship and all of that as well.”

“It was just a really unfortunate outcome from that game, some bad calls mixed with seven errors is more than likely going to turn out like that every time but I still feel like we should’ve had it and that haunts me for sure but I’m sure it haunts all of my teammates as well,” he said. “I know this year we aren’t just set out to beat Somerset because we aren’t going to sit and worry about the past, but we are set out to prove every team wrong, working each team one by one and taking the season game by game rather than worrying too much about the past or future.”

With great sadness for everyone in the sports world, the excitement to get the season started will have to continue. The season is still being delayed due to the coronavirus, but there is still hope for many senior athletes, especially Baxter, that the season—or at least a partial season—can happen sometime at a later date.

It’s heartbreaking for any senior to have their final season taken away. But with so much riding on the line for Baxter and the Admirals this season, it hits even harder.

It is a dream of any high school athlete to win a state championship. To come so close to that moment and to have a really good chance taken away is saddening.

“Knowing that my last real high school game ever was a region championship appearance is a great thought, but I’m not satisfied with that at all,” Baxter said. “It’s really upsetting knowing that this could be the end of the road for me as an Admiral and that hurts. My younger brother plays and it could’ve been the final time on the field with him for the rest of my life, along with most of my other teammates which i’ve grown up playing ball with since I was even able to play ball. So it really hurts.”

At the end of the day though, no matter how the season ends, Baxter knows he is a student too.

Being a student-athlete means a lot to Baxter. He is very thankful for everyone he has been around in the Danville community, and has learned from everyone around the qualities it takes to be the successful player he is and will be for years to come.

While talking about the community he grew up in, Baxter had a lot to say.

“I’d like to thank the City of Danville for believing in a team that wasn’t respected as much as they should’ve been,” he said. “I’d like to thank all of the fans for coming out to the games and for just your support over the years. Danville High School has a rich rich history of athletics in almost all sports and that to me means a lot being able to be apart of that history.”

Winning is great. But Baxter said the community is what makes it even better.

“The community behind the Admirals is by far the best in the state, most of the people who are still here have been here forever and are blue and white until they die and they know that just as much as we do,” he said.

“It’s truly a privilege to wear ‘ADS’ across my chest,” he added.

The city of Danville and the Danville baseball program has a lot to be proud of when looking at Baxter’s career and where it is taking him.

Despite it being a slight distance away, Baxter is looking forward to joining his future college teamates and building a family at Georgetown College.

“I truly can’t wait to be a Georgetown Tiger and the community up there is really the main reason I chose the school, their coaching staff reached out to me and really wanted me to come there and it just felt like home to me.” Baxter said.

Certainly there is a lot to look forward to in his career, whether or not that’s another run at a state title is still left unanswered.

Regardless, there’s a lot of exciting baseball ahead for senior Hunter Baxter.