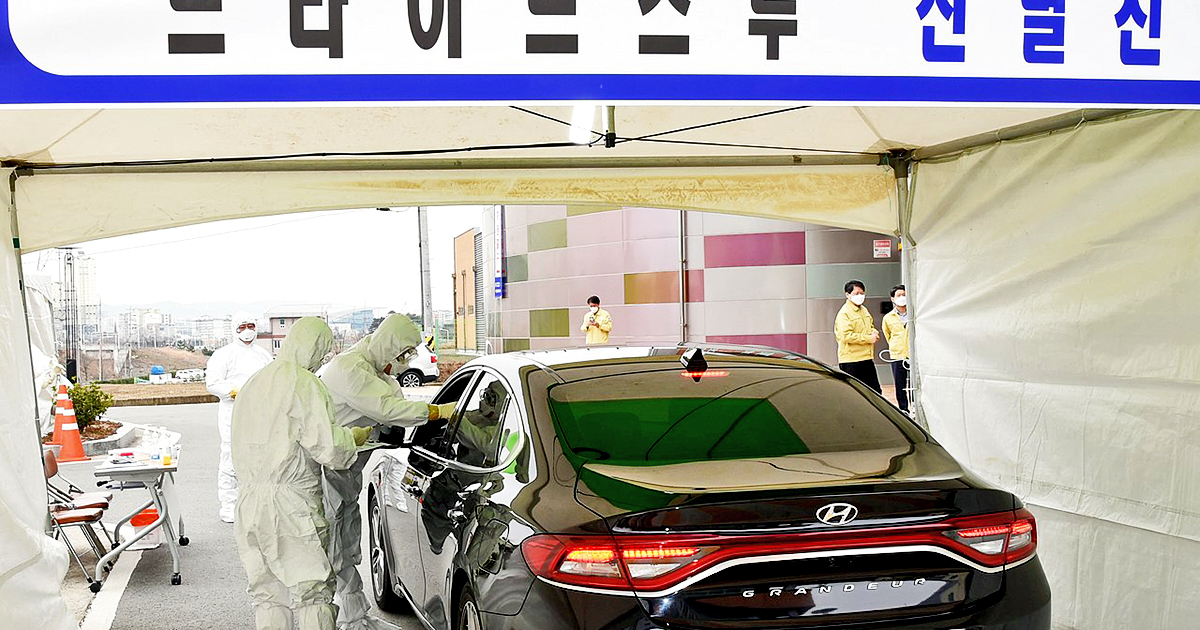 Gov. Andy Beshear has announced that Kentucky will get its first drive-thru coronavirus testing site.

The Louisville Courier-Journal is reporting that the testing facility is being set up by the University of Louisville Health at the corner of Brook and Liberty streets in downtown Louisville.

Testing will be available by appointment only for patients who have been referred by a primary care provider.

According to a UK HealthCare press release, the drive-thru testing is at UK HealthCare Turfland by appointment only for employees who are symptomatic but do not need inpatient care.

There are plans to expand testing to broader groups at UK HealthCare and the public will be considered once access to tests increases.

Beginning at 8 p.m. on Thursday, March 26, all non-life-sustaining businesses must close to in-person services.

Most professional services, including attorneys, accountants and those in real estate, can be performed at home. Restaurants can remain open for delivery, curbside pickup and even carry out if they follow guidelines on social distancing.

On Wednesday, the Kentucky Fudge Company on Main Street in Harrodsburg announced they were closing temporarily. In a Facebook post on Wednesday morning, the restaurant announced they would no longer offer curbside pickup. “We have found it difficult to maintain the ‘social distancing’ that is recommended,” the post read. “We just want to get through this as quickly as possible.”
The owners thanked the public for their support.

While some have questioned the wisdom of shutting down so many businesses, Gov. Beshear’s approach to deal with the outbreak has won praise from both inside and outside the commonwealth. The stakes are high. According to a Kaiser Foundation report, 45.5-percent of Kentuckians aged 18 and over—1,579,790 people—are at high risk of a serious illness if they contact coronavirus because of underlying health issues.

“The next two to three weeks are going to be absolutely critical in our battle against the coronavirus,” Gov. Beshear said during his Wednesday night briefing. He said the restrictions he has put in place are helping to prevent the spread of the virus in Kentucky.  “I am proud of what we are doing, but in these next two weeks we have to do even better.”

As of 5 p.m. March 25,  there are at least 198 confirmed positive cases with 35 of those being new, according to the governor, who said Kentucky is one of only a few states that have been able to give a report of fewer cases than the day before.

There are now five deaths attributed to the virus, the latest a 75-year-old man from Jefferson County. According to the governor, the man had other health issues in addition to the coronavirus, as has every other Kentuckian who has died so far.

So far, there have been 491,623 confirmed cases across the globe, with 69,210 cases in the US, third behind China and Italy. There have been at least 1,001 deaths in the U.S. so far. According to the Johns Hopkins University website, there have been 22,169 deaths worldwide while 118,245 have recovered.

One of the newest cases in Kentucky is a returning spring-breaker. The governor is asking those who went on spring break to self-isolate when they return so they do not spread the disease. For those still planning on going on spring break, the governor had this advice:

“Don’t go on spring break,” Beshear said. “You are going to put your health, the health of your family and the health of those around you at risk.”

The governor announced that unemployment eligibility has been expanded effective immediately. Individuals typically not covered by unemployment insurance, including self-employed, independent contractors, freelance workers, substitute teachers, childcare workers employed by religious affiliated organizations and non-profits can now file. Those who left their job for “good cause” because of reasonable risk of exposure (self-quarantine) or due to caring for a family member affected by the virus are also eligible. To file a claim, visit kcc.ky.gov.

In addition, Gov. Beshear announced the COVID-19 Reporting Hotline (833-597-2337) that will investigate complaints about non-compliance with coronavirus mandates. Labor Cabinet personnel will monitor the hotline from 7:30 a.m. to 9 p.m. A new website where Kentuckians can visit to make online complaints is kysafer.ky.gov.

Each day at 5 p.m. ET, Gov. Beshear holds online briefings for Kentuckians at his Facebook and YouTube pages and on local television stations.