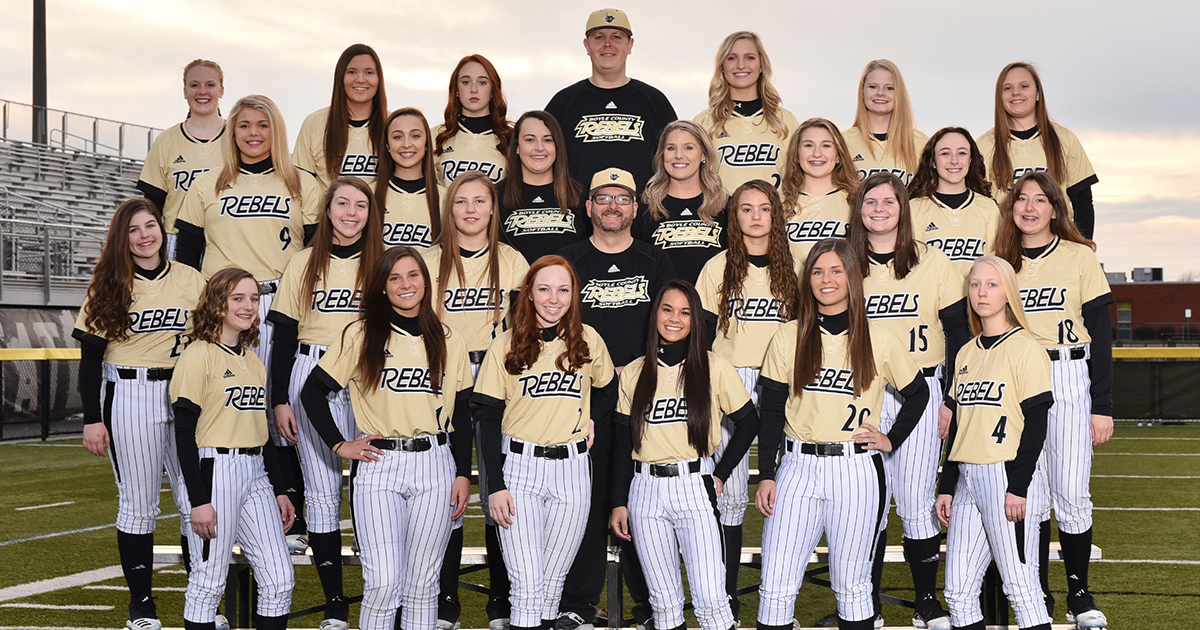 (Editors note: Unfortunately, the current season is suspended for all teams in the state of Kentucky. However, we here at The Harrodsburg Herald felt it was only right to give the teams their season preview, especially highlighting the seniors for all their work.)

Last year’s Boyle County team couldn’t bring home the district title, but got revenge when it beat Garrard County in the regional championship. When they got to the University of Kentucky for the state championship, they ran into eventual state champions Male and fell victim to a perfect game.

This year’s Rebels return everybody but pitcher Katy Grace Chadwell, but that doesn’t mean they’re going to run roughshod through the region.

“I think the region is talented—Garrard is going to be a force to be reckoned with,” coach Brian Deem said. “They have some kids who can flat out play over there. Pulaski is going to be tough, West Jessamine is tough, Rockcastle. This isn’t a one horse race by any stretch of the imagination and anybody who thinks that is fooling themselves.”

Deem said that his team knows that they’re going to get every other team’s best, and isn’t worried about how that pressure is going to affect them.

“This group has been really good about it. They realize they’ve got a target on their backs,” he said. “They realize that going to UK last year was special and I think they’re hungry for more. I’ve told them already the thing I’m most concerned about is chemistry and attitude. I think they’re aware that we’ve got competition in our region. We can’t walk out and flash our tradition at teams and get Ws. We’re going to have to work and that’s something we’ve always prided ourselves on — being a blue collar team and outworking other teams in practice.”

One new addition to the team is freshman Kayleigh White, who Deem was very excited about having in camp.

“She definitely can hit the ball,” he said. “She’s very young, she’s a freshman. She’ll see a lot of talented teams this year. We’ve got Ballard, Mercy, Assumption and Male coming to our place this year. That’ll help us a little bit, but we’ve got some road games as well. I’m excited to see how she handles the pressure of playing against big time competition.

“I think she’s taken to the team very well. Our kids have welcomed her with open arms,” he added. “Our philosophy is a little different than what she’s used to, but she’s taken to it with open arms. My goal for her is just to make her a better player by the time she graduates.”

The Rebels have four seniors—Izzy Gervacio, Keely Bowling, Maddie Baker and Kelsea Hinkle. The latter three all joined the team late because of basketball season. Deem doesn’t view that as a bad thing, and says it’s helped the team grow.

“It’s given our younger kids—our juniors—a chance to step into that leadership role,” he said. “They’ve been helping Izzy out and are starting to get a taste of what it means to be a leader. They’re learning what it means to be the first one to practice and the last one out. I tell them all the time that words mean nothing if your actions don’t follow it.”

When a team returns essentially everybody from a year ago, it’s hard for the players who didn’t get much time last year to crack into the line-up this year. But Deem says that those players have been working hard all offseason to improve their game and forcing him to find a spot for them.

“Hailey Cannon, Kyndall Honaker, Emily Glasscock and  Taylor Elliot—she’s hitting the snot out of the ball. Those are kids who have put a lot of time trying to master their craft,” he said. “I think we can eventually be a deep team and we’ll be athletic.”

Last year, Deem scheduled a gauntlet of a schedule to forge his team by fire and give them a taste of high level competition to prepare them for state. This year, he’s taking the same approach.

“You’re going to have to grow up. If you want to win the big games, get to UK and have a shot at the title, you have to face the elite teams and see how you measure up,” he said. “Some days you’ll get the dog and some days the dog gets you. I like my team. I like the way they’re working and I’ve got confidence in them. They have no reason to doubt themselves. At the same time, they have to work day in-day out. When you’ve got the teams we’re playing this year — we’ve got an extremely difficult schedule. We’ve got the All 2A to contend with this year. They’ve got their work cut out for them. Our district—Garrard is a scary, deceptive team. Some of the teams in our region — if you have a bad night, you’re packing your bags.”

But ultimately, the goal is a state championship, and it’s something Deem has been preaching all offseason.

“Our goal is to be playing on Sunday. I told them, you get to Sunday and anything can happen. You can lay an egg, but so can they. You can play your best game, so can they,” he said. “All you have then is just to compete. That’s why I run tough practices and am hard on my girls. I’m demanding of my girls, but in the end I think that persistent push to excel to a certain level puts them in a situation of when they get to a game, it’s much easier. That’s my goal.”