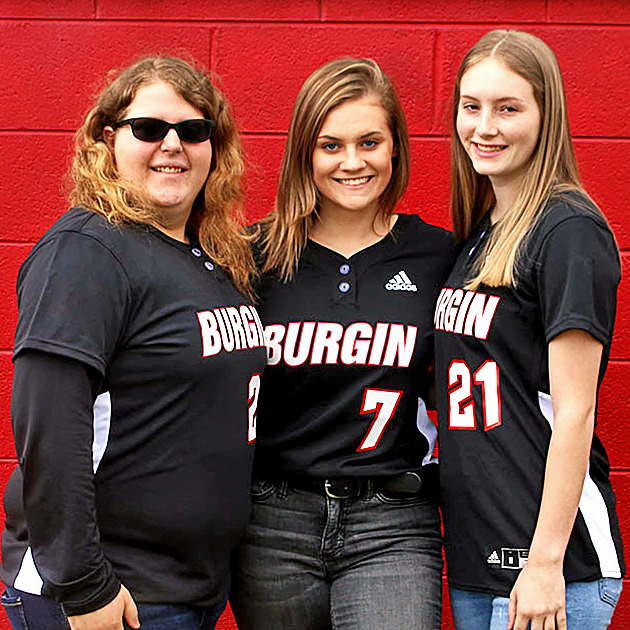 (Editors note: Unfortunately, the current season is suspended for all teams in the state of Kentucky. However, we here at The Harrodsburg Herald felt it was only right to give the teams their season preview, especially highlighting the seniors for all of the work they have put in.)

The Burgin Bulldog softball team is coming off an entertaining season.

Despite having a 3-20 record, the Bulldogs showed major signs of improvement especially on the offensive side of the ball.

With an average of over 5 runs scored a game and 118 runs scored total, the Bulldogs had their most explosive offensive year since 2011.

Ever since taking over as head coach for the Burgin Softball team in 2017, Taylor Cooley has changed the culture of the program. Going from 63 total runs scored in her first season, to 118 this previous year.

Cooley, a 2006 graduate  from Burgin, has collegiate softball experience at Center College, so she knows what it takes to progress these players at a school like Burgin.

She has had many young rosters throughout her coaching career at Burgin, but has brought out the best in each and every one of her players. Having young, small rosters can often be frightening for a head coach, but Cooley has expectations for each one of her 12 players on the roster this season.

“We only have 12 players on our roster. With that being said, every player has to be flexible and prepared to fill any position needed on a game to game basis.  It only takes one girl being out to change the lineup that day.” said Cooley about this years team.

The full 12 player roster is listed  below:

Barring the season being cancelled altogether, coach Cooley is expecting great things from her three seniors and had high praise when asked about them.

“My seniors are my most experienced players and not just because they are seniors. They have played softball most of their lives and love the game. I think it is safe to say that they are heartbroken at the potential of not getting to play their senior year.  Senior year is supposed to be special, a right of passage, a time to shine… and now that is in jeopardy.”

It is saddening for all seniors affected by the closings of schools and suspension of the upcoming spring sport season. But the seniors still have high spirits.

While the season is still in question, the Bulldogs were prepping for a big year all around. Coach Cooley had the team at work early this year. She said this early hard work helped the offense in a big way.

This past winter season hasn’t been the best in terms of weather but Cooley, along with all players and staff, made sure that the team didn’t use that as an excuse to get better.

“We got an earlier start this season with pre-season workouts and I feel it has been a big help offensively. The weather leading up to the season has been less than ideal, so we have had a lot of indoor practices, especially in the cage working on a lot of offense. However, nothing compares to game situations. Players get better by playing the game.” said Cooley.

Everyone has a role with the Bulldogs this year and coach Cooley had a good understanding of what these roles would be.

On the mound this year for the bulldogs will be senior Brianna Sewell, Sophomore Kaylee Mccray and Freshman Baleigh Turner. Having a down year giving up 350 runs last season, the pitching staff is looking to make a large leap in success after lots of hard work and attending pitching camps. Coach Cooley stated that Turner would see the most time on the mound but Sewell and McCray would still pitch a good amount of innings.

Behind home plate this year will be Senior Kelci Hammons and Sophomore Grace Cocanougher. Kelci has fielded behind the plate for many seasons now and is familar with what it takes to be a leader for the infield and to keep the pitcher calm.

The infield will feature many names. Like Cooley said, this roster is small in numbers, so there will be many players on the roster performing in multiple positions. Hannah Sewell was a name mentioned by coach Cooley. While talking about her, she said “Hannah Sewell is a utility player; I can put her anywhere in the field and she will work hard.”

The outfield will feature a familiar name in center field with senior Madison Gilkison. This is only Gilkisons second year with Burgin but is expected to play a role in leading the outifeld no matter who is out there.

It is uncertain when the season will begin, but the Bulldogs are ready for whenever that may be. There are high expectations and coach Cooley and  the team are ready to get things started.