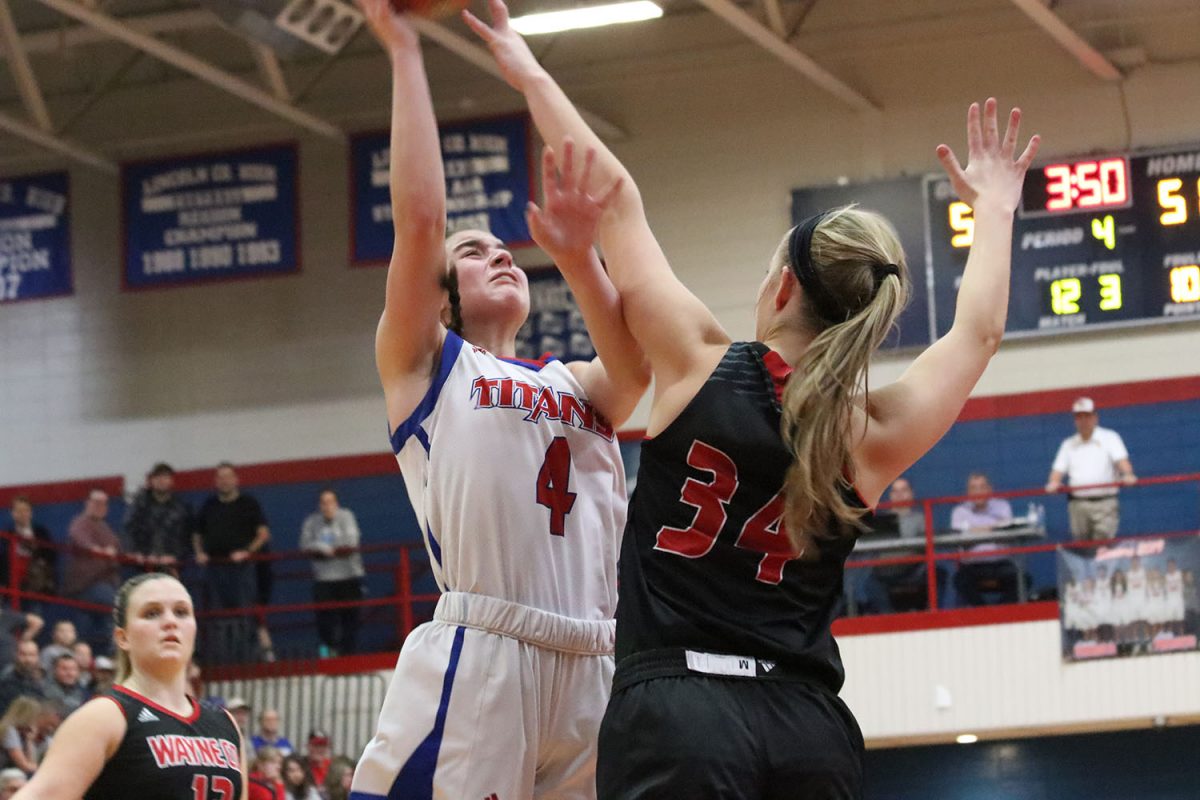 Mercer County freshman Anna Drakeford drives to the basket for two of her team high 25 points against Wayne County in the 12th region tournament. (photo by Arpan Dixit)

Survive and advance. That’s the motto of every team this time of year. March brings out the best in players, teams, fans and coaches. That was the case in Tuesday night’s matchup between the Mercer County Lady Titans (22-9) and the Wayne County Lady Cardinals (17-14), which ended in a 61-57 Wayne County win, propelling them to the 12th Region semifinals.

Wayne County’s Macey Blevins had a game to remember. She led the game in scoring with a game high 37 points and 12 rebounds. Eighteen of those 37 points came in the first quarter. The Lady Cardinals only had three players score the entire game. Mallory Campbell finished with 16 points and Kenzie Upchurch had eight points.

Freshman Anna Drakeford had one of her best games of the season, leading the Lady Titans with 25 points, 17 coming in the second half.

“She had 17 of our 29 points in the second half. She dominated for us on the offensive end. That looks good for the future,” said Spivey.

After the game, Spivey talked about her two seniors, Channing Lewis and Calicia Smith, and their dedication to the program in the last four seasons.

“You just have to thank your seniors for their hard work and dedication the five or six years. Channing and Calicia have been a huge part of this program’s success to the point that its at now,” said Spivey.

“Both of them dealt with adversity. Channing broke her arm last year and Calicia dealt with an injury this season. They both had to sit out some games at some point during their careers, but they persevered through that,” said Spivey. “There’s not really anything you can say. Wayne County came out ready to play.”

A key moment in the last 20 seconds of the game came out of a timeout. With the Lady Titans trailing by two, junior Ry’ann Tharp’s inbound pass was intercepted by Blevins, who sank two free throws to extend the Lady Cardinals lead to four.

Lewis fouled out in the fourth quarter and finished the game from the sideline.

Drakeford came down and quickly scored, but Blevins, who was 18-for-22 at the line, came up big in the game’s biggest moment and sunk two more free throws to ice the game.

Mercer County missed seven free throws and missed a lot of opportunities to score under the basket.

“We let them get off to a quick start, something that we didn’t want and we missed free throws and chances to score under the rim,” said Spivey. “I thought we came back with a lot of energy in the second half, but Wayne County shot 36 free throws and it’s hard to get a rhythm going when that happens. That’s on us.”

Mercer County missed 19 shots under the basket and seven crucial free throws. One of the biggest and eye opening stats was Wayne County shot the ball a total of 32 times compared to Mercer County’s 60 field goal attempts. 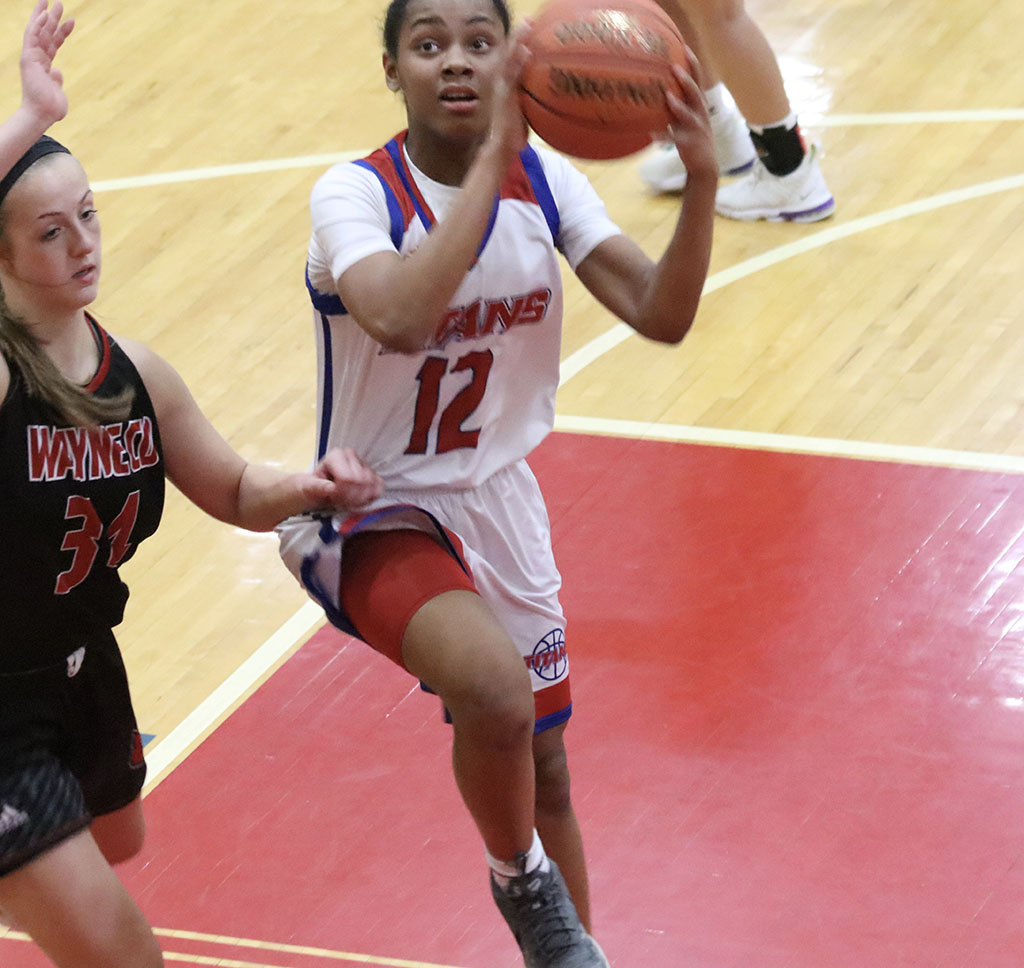