Mason: “I know if they give me effort, this team is pretty good” 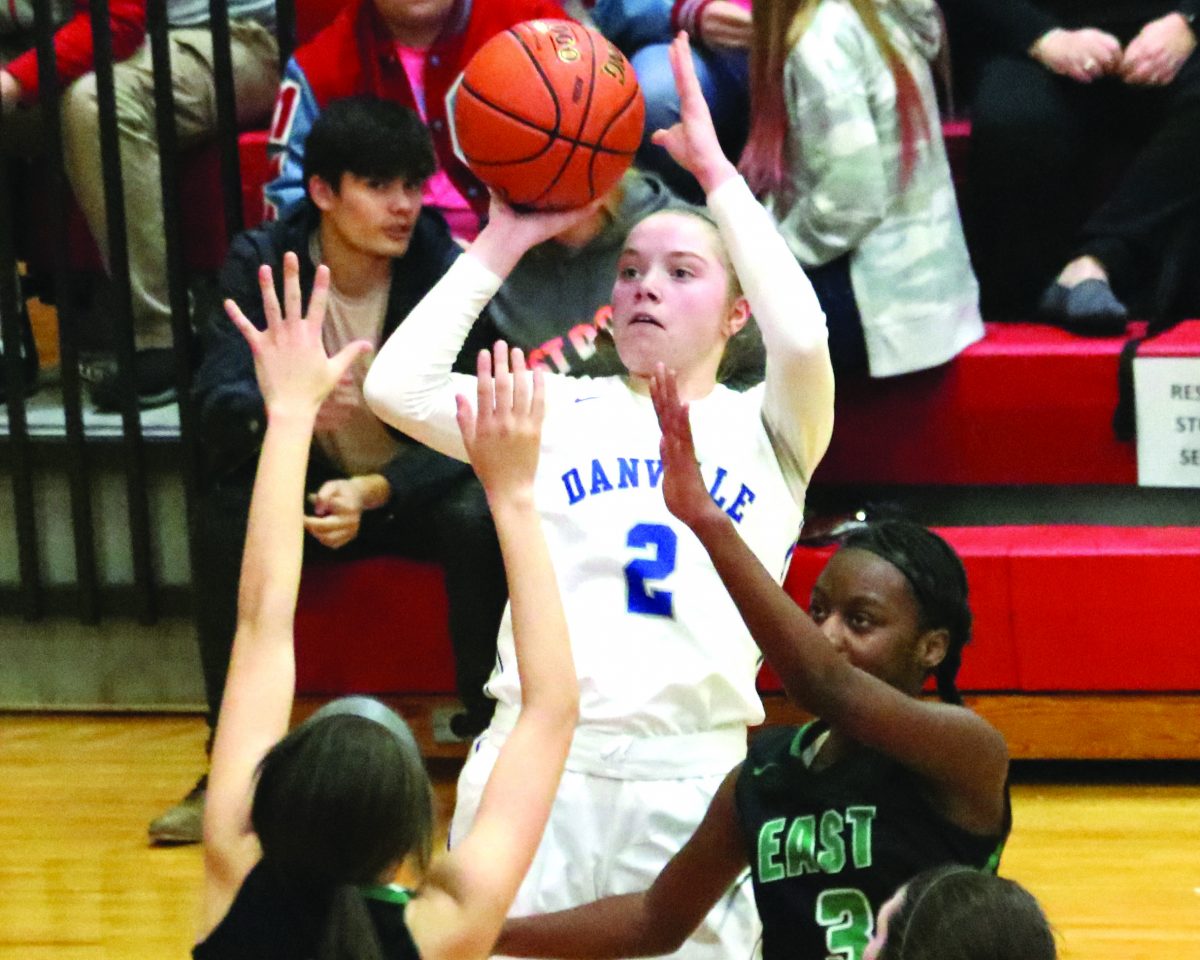 Danville junior Lara Akers elevates for two of her 19 points against East Jessamine in the 12th Region Tournament. (photo by Derek Brightwell)

At halftime of Monday night’s Danville-East Jessamine matchup in the first round of the 12th Region Tournament, the Jaguars (10-18) went to the locker room feeling good about themselves while the Ads didn’t bring the effort they wanted.

“I thought we played a good first half. Down by 12, I’m satisfied with that,” East coach Steve Bridenbaugh said, pointing out the 16 turnovers the Jaguars had committed.

“It wasn’t disappointing, I was just pissed. I was mad,” Danville coach Judie Mason said, saying that she didn’t feel her team was working as hard as they needed to.

The reason for that?

“They saw the KHSAA scoreboard and they saw Mercer beat them by 40 and they’re teenagers,” Mason said, referencing the 46th District Championship. “I don’t care what I tell them, they know more than I do and they’re going to look at that scoreboard and see that they got beat by 18 by Boyle County and that’s a teenager for you. Teenagers are the reason some animals eat their small.”

Mason said she told her team that she could handle missed shots, but can’t handle them being outworked.

The message stuck, as the Lady Ads came out and broke the game wide open in the third quarter — scoring 20 points while holding the Jags to a mere three. By the fourth quarter, the Danville starters were out and the lead got to 34 points, ending with a 68-34 victory for Danville.

“I knew they would give me effort after I talked about it. And I know if they give me effort, this team’s pretty good,” Mason said. I knew with (East point guard Jermyra Christian) having three fouls, they’d have a hard time with our press. You notice that every time she went out, that’s when we’d have our runs. I never doubt this team when they play hard. First half, they didn’t play hard but I knew in the second half they would.”

Lara Akers led the way for the Ads with 19 points, but Desiree Tandy had 15 and Lara’s sister Jenna Akers had 13. Cam Preston had nine points and six boards and was asked to run the point some for the first time this year. Mason is used to having her wins be the result of a total team effort.

“That’s us, we don’t have a super star on this team. I told Lara they’re going to face guard her. She’s earned that right,” Mason said. “But I’ve got other good players that can score. Lara don’t have to score for me. Last year, Ivy (Turner) had to score for me to be competitive.

“This year — Cam ran the point some when Tyliah (Bradshaw) had some trouble. When you can put her at the point guard and know she can handle it and shoot the three and take them off the dribble — that’s a good weapon to have. And to be honest, this is the first time she’s ran it all year.”