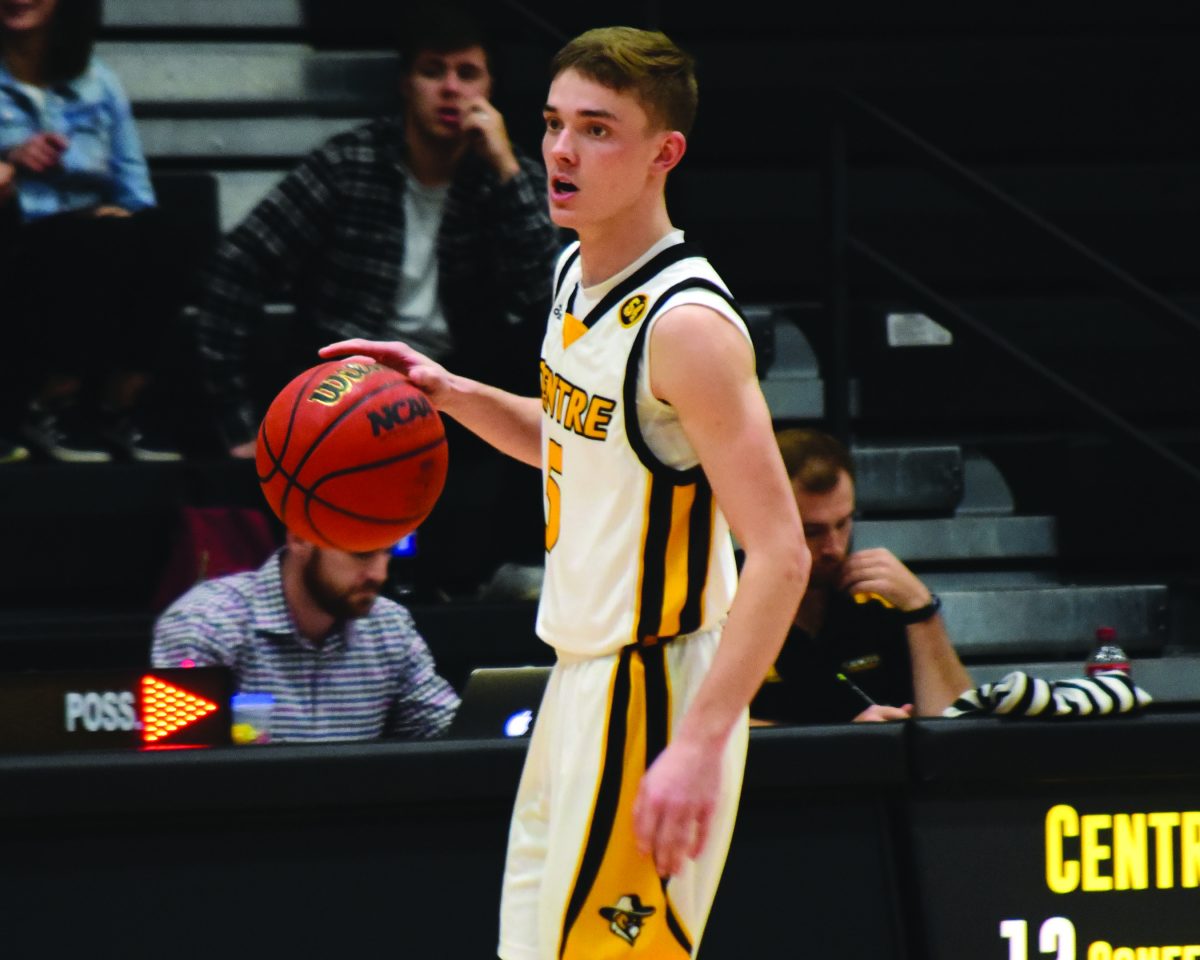 Baughman won 12th Region Player of the Year during his senior season at Mercer County, earning him a nomination for Mr. Kentucky Basketball, and is now excelling in the college ranks.

Baughman was an integral part in helping the Colonels (24-4) capture the Southern Athletic Association (SAA) Conference championship on Sunday, March 1, over Berry College by a final score of 72-69.

The win over Berry secured a spot in the NCAA DIII Tournament for the Colonels.

The former Titan scored six points in the victory with all six points coming from beyond the arc.

Baughman started 27 out of 28 games this year for Centre, averaging 5 points per game, while shooting 45-percent from the field. His career high of 16 points came against Spalding University earlier in the season.

He talked about getting ample playing time as a freshman.

“It’s been a blessing to play the amount of minutes I have played on this  team, especially as a freshman,” said Baughman. “But it makes my job as a starting point guard a lot easier with the upperclassmen that we have on this team. I just try to come in everyday trying to contribute in every way possible.”

Baughman scored in double-digits in four of the 28 games he played in this season.