Hamlin: “I just thanked the seniors for everything they’ve given to our program” 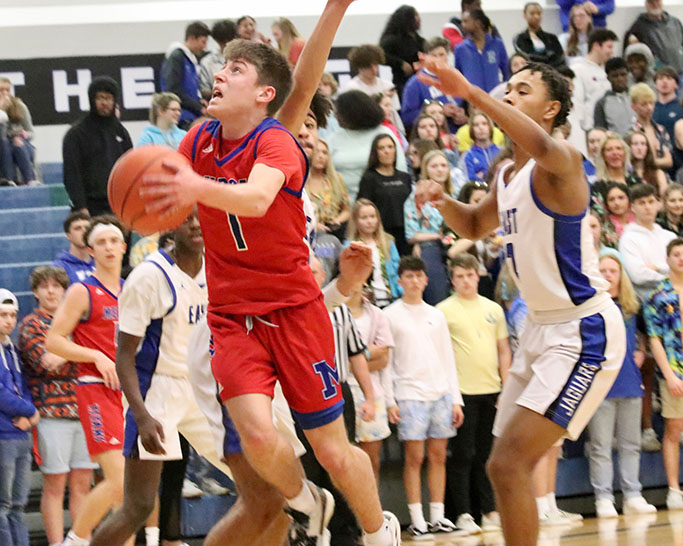 Mercer County Senior Jamisen Lewis drives to the basket for two points against East Jessamine in the first round in the 46th district tournament. (photo by Arpan Dixit)

Senior Jamisen Lewis had a team high 11 points to go along with two rebounds and two assists.

“I just thanked the seniors for everything they’ve given to our program,” said Head Coach Josh Hamlin. “They are great kids. All nine of them will go to college and five (Dunning, Warren, Cheek, Wessling and Shope) of them are on the academic all-region team with a GPA of 3.9 or higher. Basketball is not going to define them. They will succeed in anything they do after high school. We have to learn through our failures.”

DeQuante Jackson was the top scorer for East Jessamine with a game high 16 points.

The Titans were within five points multiple times throughout the game, but couldn’t bring it any closer.

“They just hit some timely shots. That happens. We just told our guys we’re proud of them and that if they need anything, they know how to get ahold of us,” said Hamlin.

Drakeford picked up his fourth foul with five minutes left in the third quarter, but the Titans went on a small 7-2 run to bring the score within four points, 31-27, towards the end of the third quarter, but East answered, like they did all night. Drakeford came back in early in the fourth, but eventually fouled out with 10 points. The senior was named to the 12th Region Coaches Association All-Region Team prior to the game.

Defense wins championships and Hamlin said his team struggled with on-ball defending the last month of the season.

“We did not do a great job in the last month and a half of the season defending the basketball,” said Hamlin. “They isolated us and we couldn’t keep them in front. When you can’t do that, it makes for easy possessions for the opponent. Even though we played solid defense throughout the night, we just didn’t get the stops we needed in order to turn momentum.”

Along with Jackson, Ben McNew (11, Michael Powell (12) and Zion Thomas (11) were also in double figures.

Mercer County ends their season with a record of 15-14. East Jessamine will take on West Jessamine in the 46th District Championship on Friday, Feb. 28, at 7 p.m., at East Jessamine High School. 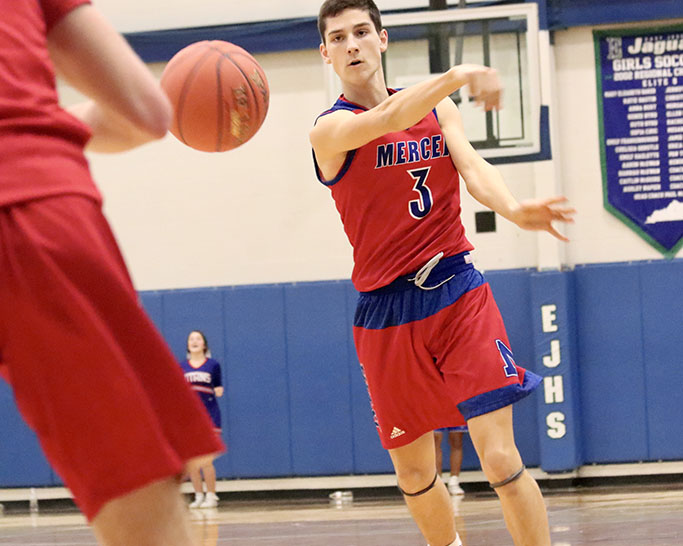 Mercer County senior Kobie Wessling swings the ball around the perimeter against East Jessamine in the first round of the 46th District Tournament. (photo by Arpan Dixit). 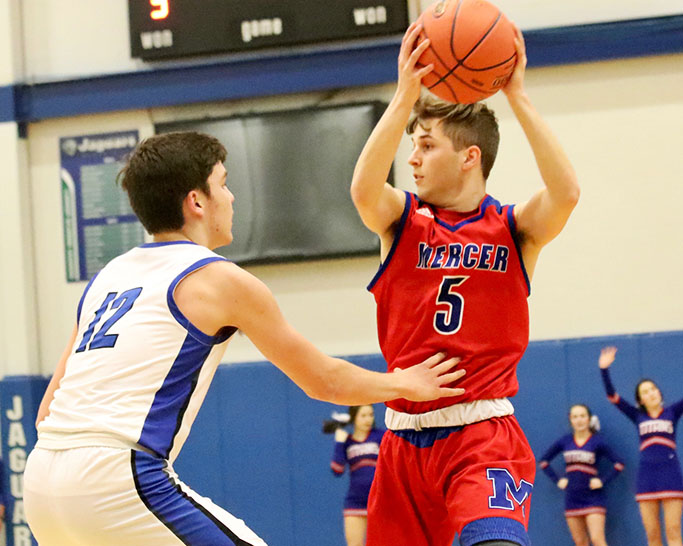 Mercer County senior Micah Cheek protects the ball on a possession against East Jessamine in the 46th District Tournament on Tuesday, Feb. 25. (photo by Arpan Dixit)