Mercer County to take on East Jessamine in district play 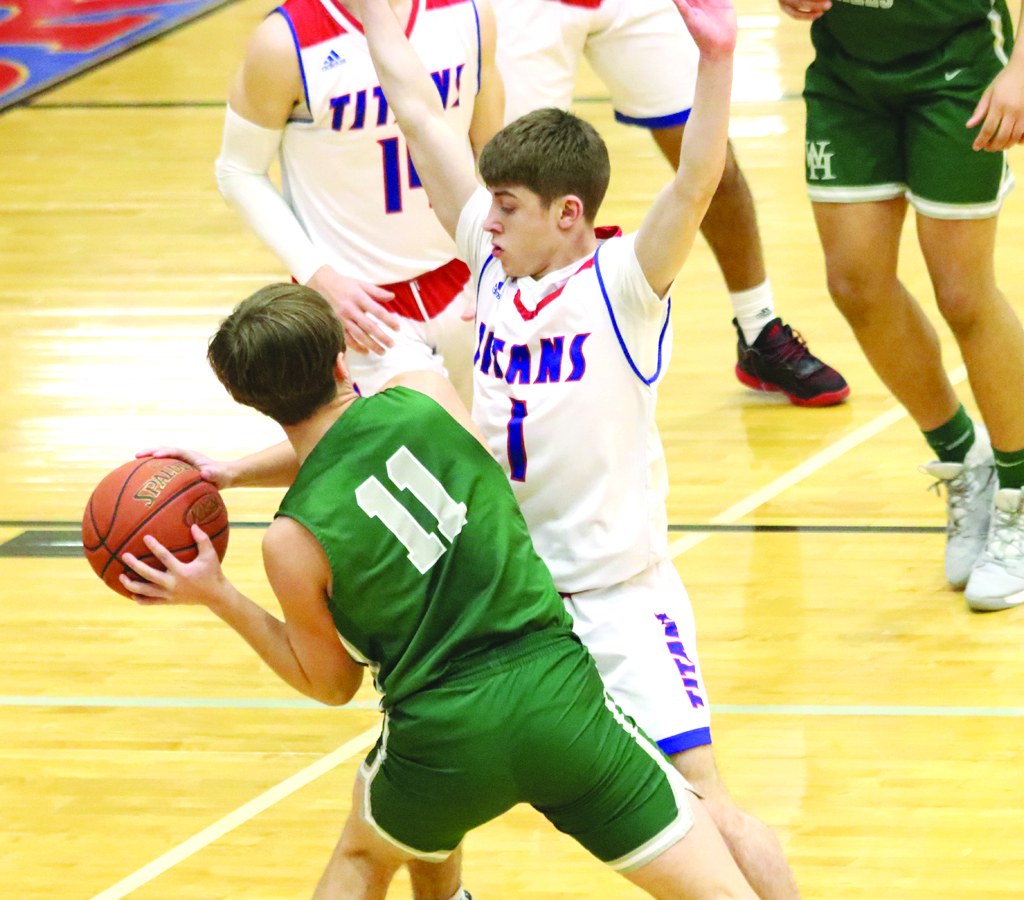 Senior Jamisen Lewis had a team high 28 points to go along with five rebounds and three assists.

Zach Semones led Western Hills and the whole game in scoring with 30 points, hitting 5-of-6 triples.

“We’re still trying to figure out the motivation and effort part 28 games into the season and that’s the issue. We made 13 threes and shoot almost 45-percent from the field and lose by double digits,” said Head Coach Josh Hamlin. “It’s not an offensive thing. When push comes to shove, there was no offensive adjustments made at halftime. One of the things that highlighted the summation of the game was giving up an offensive rebound late in the game. As a team, as a coach and as a program, you can’t have that.”

Western Hills started out the game on a 7-0 run before junior Sam Baughman hit a triple from the corner.

Sophomore Brayden Dunn banked home a shot from beyond the arc from the top of the key to end the first quarter, but the Titans still trailed 22-13.

The Wolverines came out hot in the second quarter, just like the first, leading 32-15 with four minues left to play in the half.

Mercer County battled back, ending the period on a 10-5 run to trail 37-25 heading into the locker room.

Lewis spearheaded the offense for the Titans in both halves, driving to the hoop and knocking down a total of five triples in the game.

Seniors Trey Price (13 points) and Kaelin Drakeford (10 points) were the other Titans in double figures.

Price and Lewis hit back-to-back triples to start the second half, but Semones stayed hot, hitting back-to-back threes himself to extend Western Hills lead back to 10 points, 45-35 with the third quarter just getting underway.

Mercer County got within seven points in the fourth quarter, but an eight point possession built that lead back up to 15. After a personal foul and a technical foul was assessed to Drakeford, the Wolverines capitalized, hitting another triple to dampen the comeback for the Titans.

“When you’re constantly having to play perfect basketball, you can’t have any mishaps along the way,” said Hamlin. “For whatever reason, it’s been the whole entire year with the exception of a couple games, where we start out really slow. When a team gets an eight point possession, you’re probably not going to win. They were the better team tonight. We just have to figure out a way to win one game. The season is funny and fickle. It’s about just trying to figure out consistency.”

The Titans will take on East Jessamine in the first round of the 46th District Tournament on Tuesday, Feb. 25, with games times TBA.