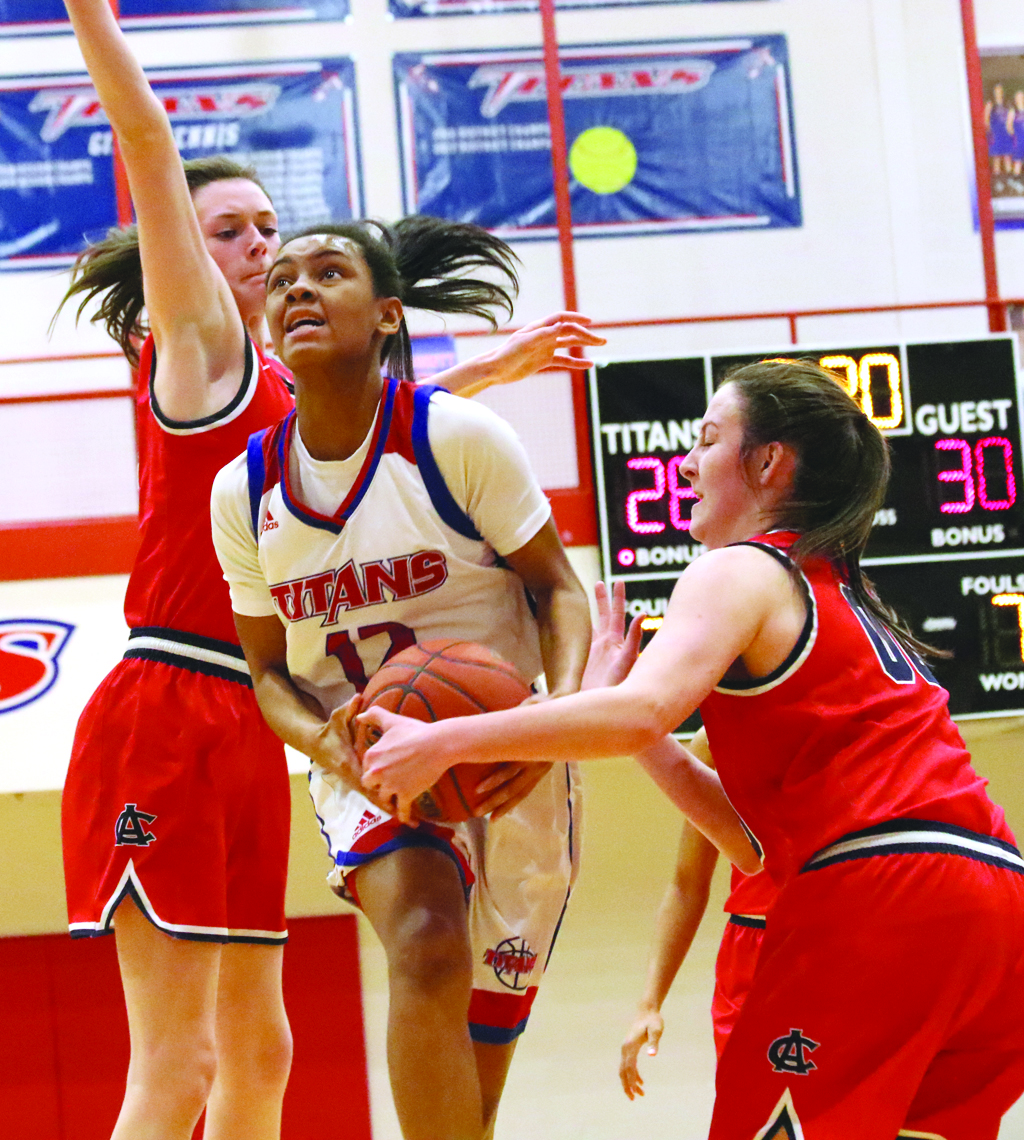 After a big win over Casey County on Friday, Feb. 14, the Mercer County Lady Titans (20-7) returned to action for their final regular season home game of the season.

They faced another test against one of the 8th Region’s best teams, the Anderson County Lady Bearcats (23-5).

Amiya Jenkins was the top scorer for the Lady Bearcats with 16 points.

“That’s a tough team we played. They’ve been ranked in the top-20 in the state all year,” said Head Coach Hayley Spivey. “We had six straight turnovers to open the second half. You cut that in half and score on two of them, we win the basketball game.”

“They planned to take Channing out of the game and they did that. That’s not ever going to happen again. If she just has three points, it changes the game,” said Spivey. “But that’s part of it. We want to play these tough competitive games before the postseason and just prepare for the tournament. In a way, I’m proud of the way we competed, but there are a lot of things we still need to work on.”

Anderson County led by one, 34-33 at halftime. Junior Ry’Ann Tharp and freshman  Anna Drakeford led the Lady Titans in scoring at the break with eight points each.

Late in the fourth quarter, with the Lady Titans trailing by two, Mays drained a triple from the top of the key to give Mercer County a one point lead.

Shortly after, Tharp scored  a clutch basket on a shot below the hoop, on a pass from Yeast, to tie the game at 57 with 1:28 to play.

On the next Lady Bearcat possession, Anna Foley scored what would be the game winning bucket.

The Lady Titans’ first chance to tie the game ended with a missed shot, but Mays forced a turnover, earning the final possession for her team with 11 seconds left.

Out of the timeout, Anderson still had four fouls to give before the penalty and Head Coach Clay Birdwhistell used that to his team’s advantage. The Lady Bearcats continued to foul, forcing the Lady Titans to call multiple timeouts.

With two seconds to play, Lewis inbounded the ball to Mays, who threw up a triple from the corner, but it sailed long, giving the Lady Bearcats the close win.

Mercer County’s last game of the season will be this Friday, Feb. 21, as they travel to take on Southwestern at 7:30 p.m.

Mercer County’s final three games can be argued as the toughest in the state, playing at Casey County, hosting Anderson County and traveling to Southwestern.

“You had the potential to go 0-3, but we kind of did that purposely on the schedule. I don’t want to play teams that don’t make us better,” said Spivey. “You can’t really take any opponent for granted. You have to be prepared. Southwestern is a veteran team and you can’t coach experience. They’ll be a tough team and a very disciplined team. It’ll be a good competitive game to end our season. It’s always been a competitive game in the past.”