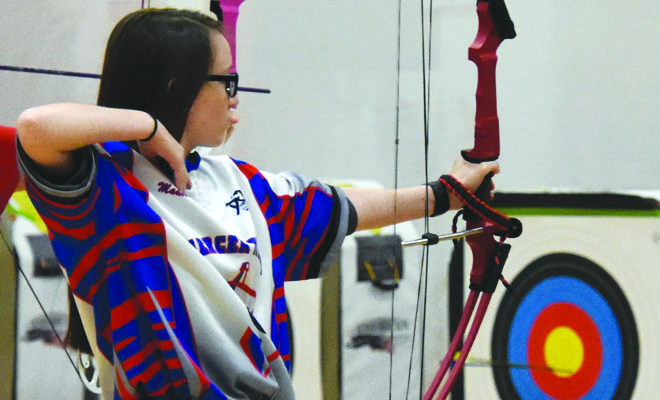 The Titans finished 7th out of 15 total teams in the competition.

“This is without a doubt one of the toughest regions in the entire state,” said Head Coach Eric Miller. “The addition of a few schools has grown this tournament of 900 archers to 1500. We had three archers earn personal bests. I am super proud of the effort of this team, we just fell short this weekend. We just have to pick up the pieces and put it back together at our next practice.”

Senior Bailey Robinson was the top female archer for Mercer County, shooting 282 out of 300, placing 14th out of 159 total competitors.

Junior Michael McLaughlin  was the top male archer for the Titans, shooting 282, placing 25th out of 149 total competitors.

The Titans will be back on the range when they take part in the pre-state warm up on Saturday, Feb. 22.