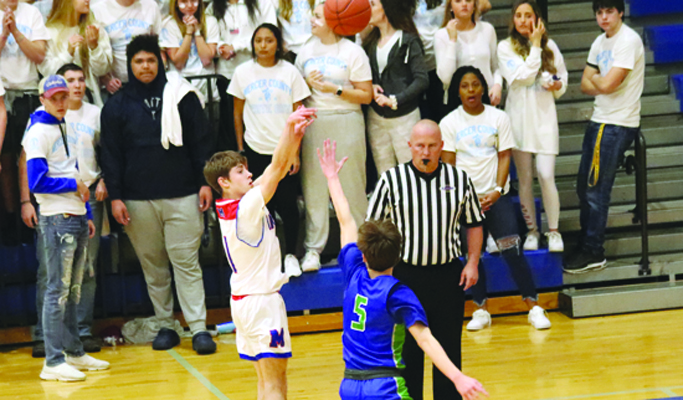 In the first meeting between the Mercer County Titans (13-9) and the East Jessamine Jaguars (14-7), senior Kaelin Drakeford’s floater at the buzzer was the difference.

Senior Jamisen Lewis was the top scorer for Mercer County with 20 points to go along with four rebounds.

“East didn’t do anything differently. They shot really well from the field and outshot us by 17 from the free throw line,” said Head Coach Josh Hamlin. “Our defense was not very good all night, but give them credit for making shots.  We shot 50-percent from the field and got beat by double digits. That hasn’t happened to us all year long.”

Both teams got off to a fast start, with the Titans taking a 20-18 lead after one. No fouls were called in the first quarter and both teams played fast from the jump.

The Jaguars led by six, 38-32, at halftime with Zion Thomas leading East with nine points and Lewis leading the Titans with 13 points.

“We just need to be more consistent. That has been the message  that we have preached all year long,” said Hamlin. “Our previous performances vs. Lexington Catholic and Butler show our staff and players what we are capable of, but it’s just about doing it night in and night out. If we could bottle up that effort, we would be a tough out and no team would want to play us in the postseason.”

Junior Sam Baughman opened up the second half with a triple, his first of the game, but East countered with a triple of their own from Thompson. Baughman led the Titans with four assists in the game.

Thompson used a big third quarter to give East a 56-45 lead heading into the final period.

Senior Kaelin Drakeford, who was presented with a 1,000 point ball before the game, was held to 14 points on the night. His back-to-back buckets in the fourth made the score 61-56 Jaguars, but Thomas’ and-1 next time down extended the lead back to nine. The Jaguars were able to hold on and split the regular season series with the Titans.

“We just need to worry about us. It is easy to fall into the trap of looking at teams, schedules, and who is beating who,” said Hamlin. “None of that matters because it all comes down to one game in the district tournament. You have to be better than the team you are playing that night. If you are, you advance. The regular season matters, but it prepares you for that one night in the tournament.”

Senior Bryson Yeast was the top rebounder for the Titans with six to go along with nine points.

Senior Trey Price, who started off the game hot, finished with 11 points to join Lewis and Drakeford in double digit scoring. 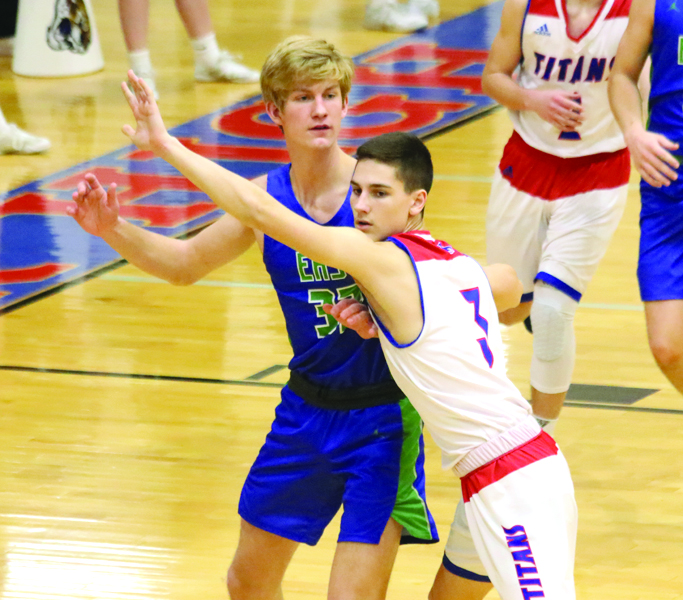