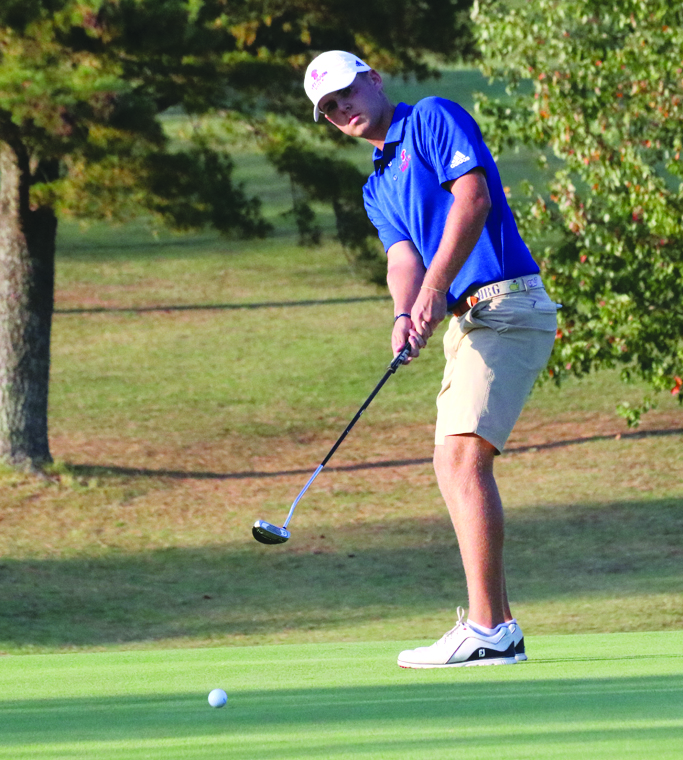 One of the most decorated golfers in Mercer County Senior High School history has made his college choice.

Senior Reed Gritton, via social media on Monday Jan. 27, announced his decision to further his academic and golf career at Transylvania University.

“I chose Transy because I would be able to play golf and study the major I intend to at the same time,” said Gritton. “I loved the class sized and the whole atmosphere. It is a small college in a big city and that is what I love most about it.”

Gritton plans on majoring in health and exercise science in his first two years. After that, he intends to apply for the University of Kentucky’s nursing school. His goal is to become a CRNA, a nurse anesthetist.

Gritton will play for Brian Lane, who is also the men’s basketball coach at Transy.

“I can’t wait for the opportunity to play for Coach Lane. He is a class act and was nothing less than stellar during my recruiting process,” said Gritton. “He would always contact me just to see how things were with me and not always about golf. He genuinely wants me to play for the program and I am super excited to be able to do that.”

“I wouldn’t have had the opportunity to play golf at WKU, but I would be able to pursue my intended major,” said Gritton. “Once my list was down to two schools, I had to dig a little deeper to find out if I could study what I wanted to at Transy, and I came to find out that I could.”

One of Gritton’s biggest goals since he was in his youth years was to play college golf.

“Everything lined up perfectly in the end and that was all God’s work,” he said.

A lot of aspiring athletes might have a professional athlete to look to for inspiration, but Gritton kept it in house, citing his Dad, Nelson, as his biggest inspiration.

“He introduced me to the game and I can’t thank him enough for it. Not only is it a sport I can play the rest of my life, but a sport my Dad and I can play together,” he said.

Gritton said his best memories were when he would tag along with his Dad on the course and try to beat him.

The Mercer County senior couldn’t thank his parents, Nelson and Angela, and his high school coach, Jay Anderson, enough for helping him pursue his dream.

“My parents have sacrificed so much for me just to be able to play this game. I am so thankful that God blessed me with the parents I have,” he said. “They have shown me so much love and support and I can never thank them enough. Coach Anderson has always been there for me on the golf course as well as off the course. He knows I am usually taking lessons regularly, so we don’t talk much about mechanics. When I’m on the course, we only talk course management. That is the only thing I need to think about when I’m in a competitive round. He knows what to tell me and knows how I work myself around the golf course.”

Anderson said he is very excited for the opportunity Gritton has earned.

“Transy is a top notch academic and athletic institution and the perfect match for Reed. Coach Lane does an exceptional job there molding and challenging his players both athletically and academically,” said Anderson. “I look for Reed to thrive as his best golf is ahead of him.”

“He should have garnered more interest from more programs,” he said. “Hopefully by the time he graduates, those programs will know all about him.”

Anderson said it will be really odd not having Gritton on the roster.

“He has been with our program since middle school. Watching these young players mature over the course of multiple years and being able to hopefully have a positive impact in that process is ultimately the greatest reward for me,” said Anderson. “While he was able to earn that elusive trip to the state tournament, the greatest reward for me is being able to say that ‘Reed Gritton played for me and my program’. Reed Gritton ‘that player’ and more importantly, Reed Gritton ‘the person’.”

“His foot prints are all over our program and he will continue to be a role model for players moving forward. The sky is the limit for him.”

Gritton’s accomplishments as a Titan: